Putin’s War of Maneuver in Ukraine

Putin never had any intention of starting a war directly with Ukraine. He needs to have Western and especially American sanctions lifted before they strangle Russia’s banking and other economic interests any more than they have. [yes, they have been hurting the Russians for the past four years.]

He knows a war would accomplish the opposite. He upped the ante, and maneuvered the USA to the negotiating table by the bluff-and-bluster tactics the Russians have always resorted to when they are in the hole. All without giving anything up from the status quo at the beginning of the year.

And he gets popularity points at home along the way. 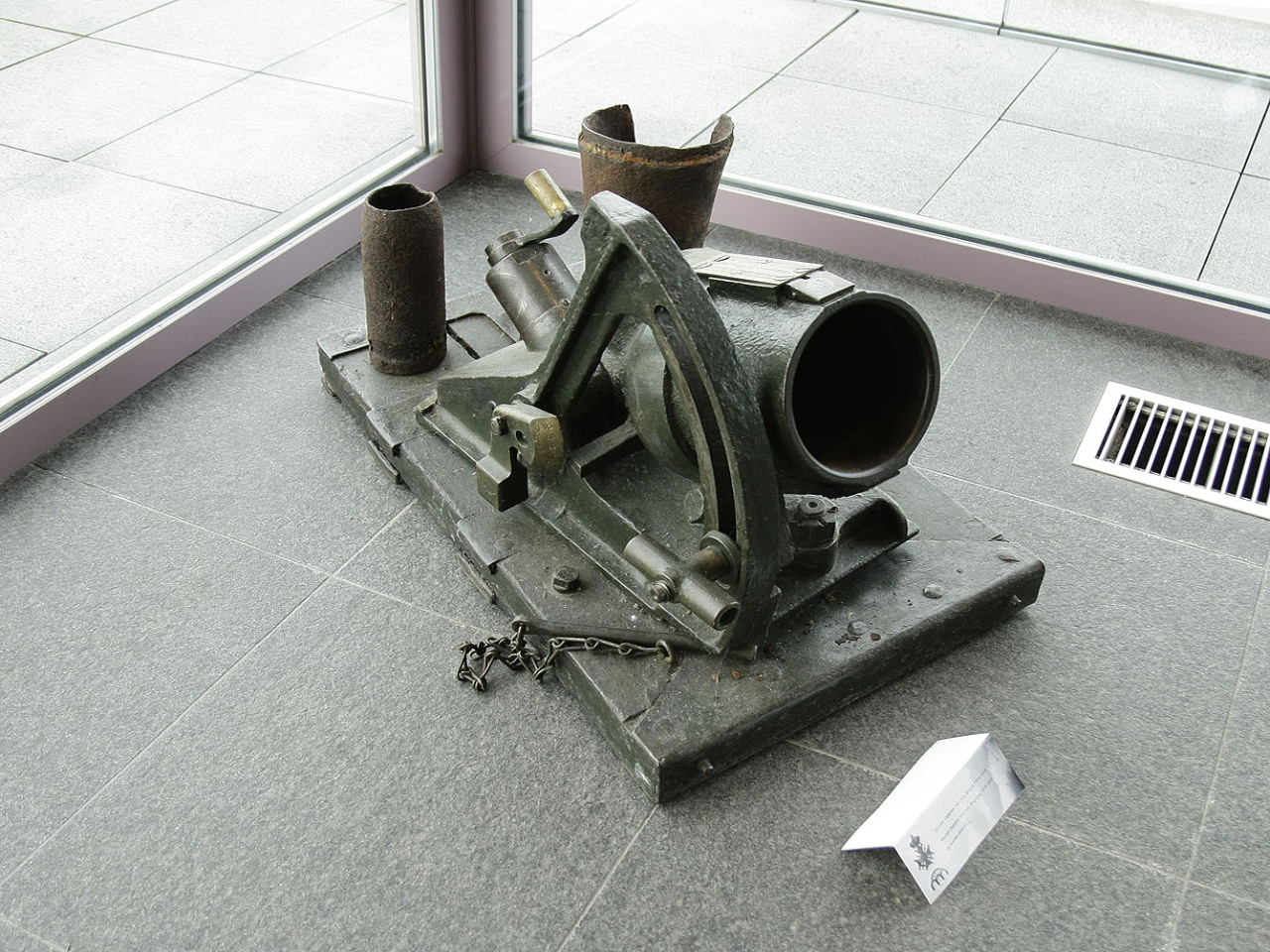 Designed by Belgian military engineer Siméon Delattre in 1914 in le Havre, France and manufactured in Saint-Chamond throughout WW1. 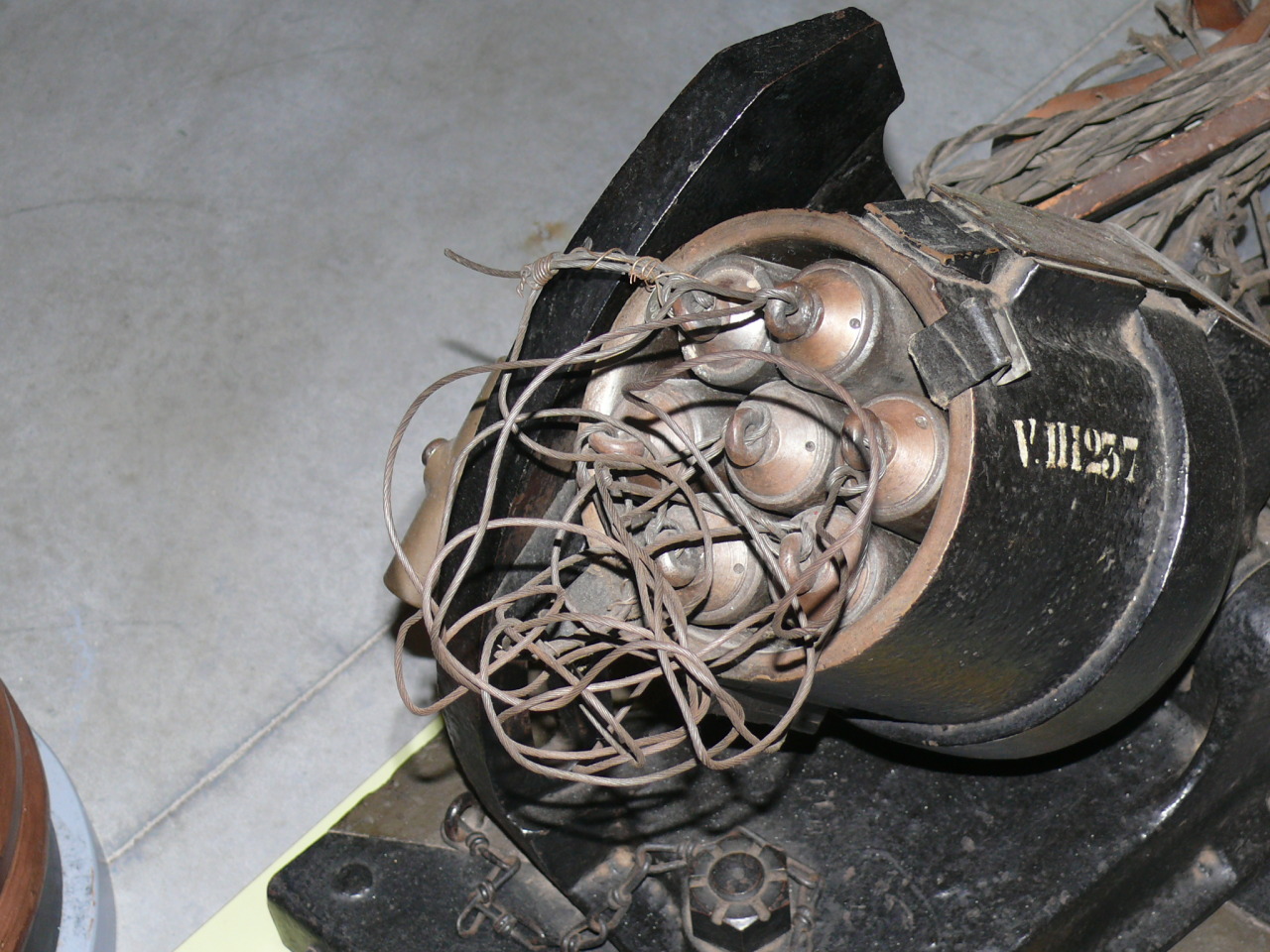 142mm bore cast and later forged steel barrel, electrically fired. This Belgian trench mortar wouldn’t look out of place in the Napoleonic wars, with a very large discharging cup linked to a smaller propellant chamber. This is in stark contrast to the contemporaneous and pipe-like German mine throwers and British Stokes mortars which were designed to lob modern smaller high-explosive shells.

The reason for this design is that the StChamond-Delattre trench mortar did not fire a single projectile, but a cluster of seven 1kg fragmentation grenades wired to blow at 1sec intervals in a chaotic pattern. The whole system was much cheaper to manufacture than some fancy German rifled bomb thrower for essentially the same result, and was a staple of both Belgian and French trench artillery.

Sex in a Sextant

The title is clickbait… 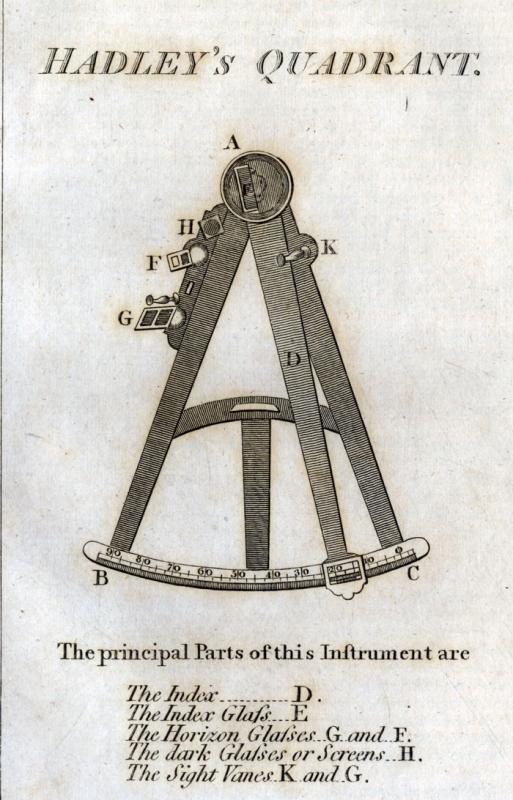 The Hadley quadrant, also called an octant, developed by John Hadley in 1731, was a popular navigational instrument. The legs of the quadrant formed a 45-degree angle, but the double mirror system made it possible to measure angles of up to 90 degrees. However, this meant that it was only conditionally suitable for determining longitude by the so-called lunar distances. The sextant, which was already developed in the 1790s, could measure angles of up to 120 degrees and was therefore more suitable. However, there were many navigators who continued to use the octant before slowly but surely switching to the sextant. 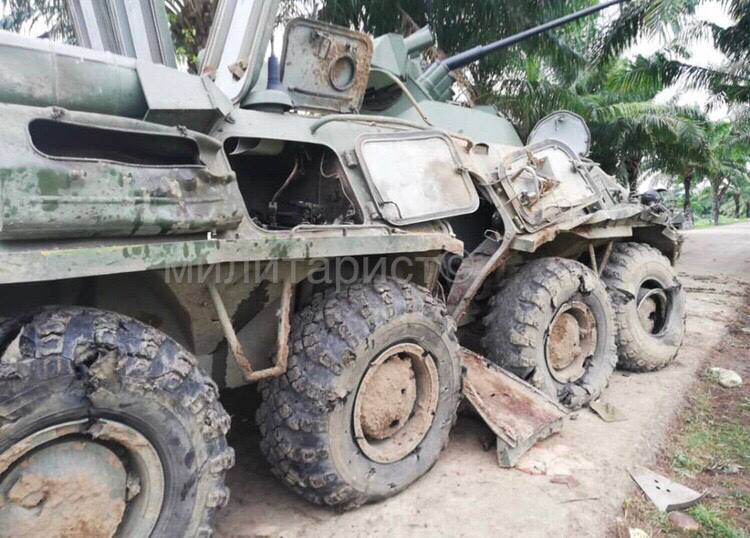 Venezuelan BTR-82A damaged during a border clash with FARC dissidents attempting to set up an outpost in Venezuelan territory, Mar 2021 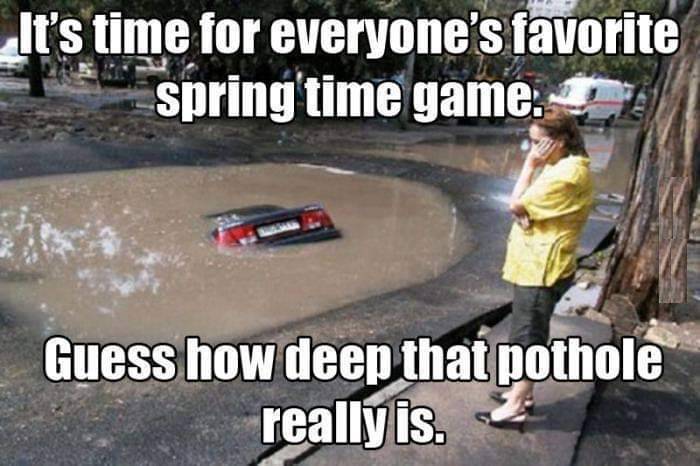 Manufactured by the Nagoya arsenal in Japan c.1943~45 from the Type 99 rifle designed by Kijiro Nambu and Nariakira Arisaka in 1939. 7,7x58mm Arisaka 5-round fixed box magazine, fed with stripper clips, bolt action, take down stock for use by paratroopers.

Since we’ve entered a new year it might be appropriate to very briefly explain Japanese military nomenclature. Before 1929, weapons and vehicles, etc. received their name/number based on how far along in their reign the Japanese emperor was, as such the previous Type 38 rifle of 1905 was named after the 38th year of Emperor Meiji’s reign. After that, the system was switched to represent the Imperial Year, which itself is based on the reign of mythical Emperor Jimmu starting in 660BC, leading to the Type 99 rifle of 1939 being named after the 2599th imperial year, and the Type 2 being named after the 2602nd. 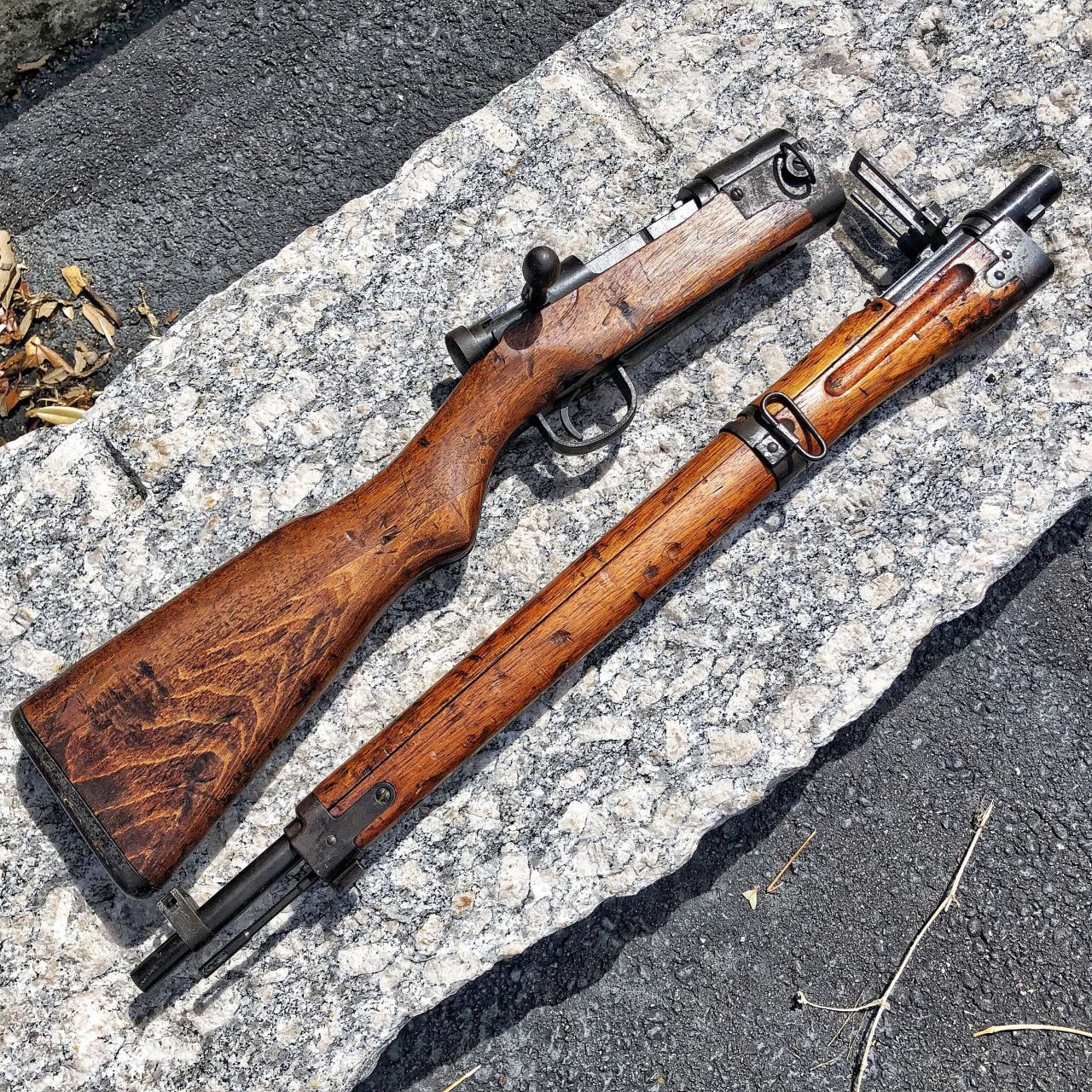 The Type 2 paratrooper rifle was based on the Type 99 short rifle, which was designed to replace its predecessor and its 6,5mm cartridge, which was considered underpowered. Due to its being introduced in 1939, the two models coexisted and both were converted for paratrooper use in the middle of the war. The conversions aimed to make the already shorter than average rifles more compact for airborne troops, with mixed results.

The Type 1 paratrooper rifle, based on the earlier Type 38, attempted to use a hinged wooden stock which would have provided with a cheap and easy way to get a compact weapon that can quickly be put to bear, but unfortunately it made the stock too weak and it cracked often during testing, leading to the Type 2 model. 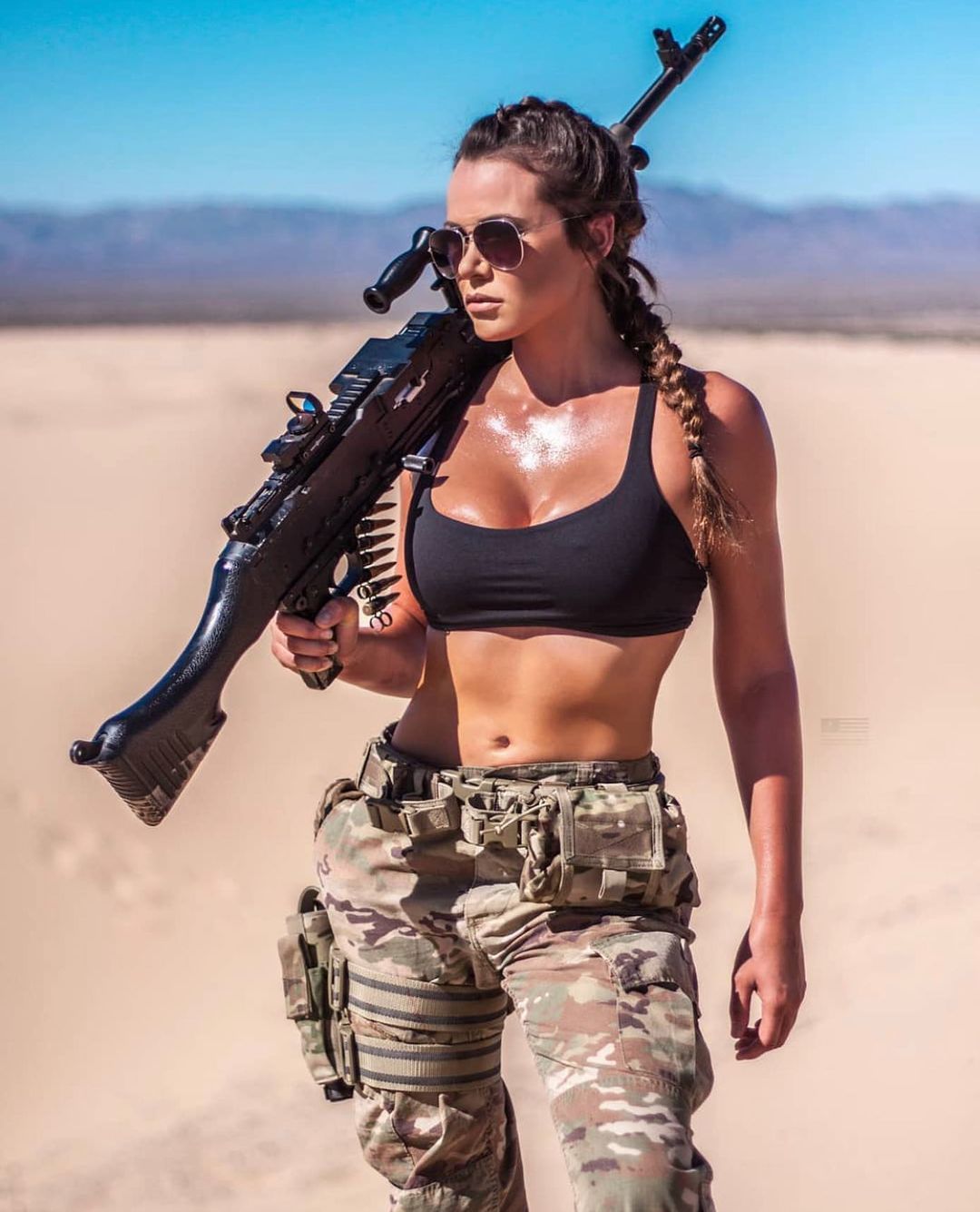 Designed by Pryse c.early 1870′s and either manufactured or simply retailed by Alexander Henry of the Martini-Henry fame in Edinburgh, Scotland; only a couple hundreds at most of these manstopper revolvers were ever made. 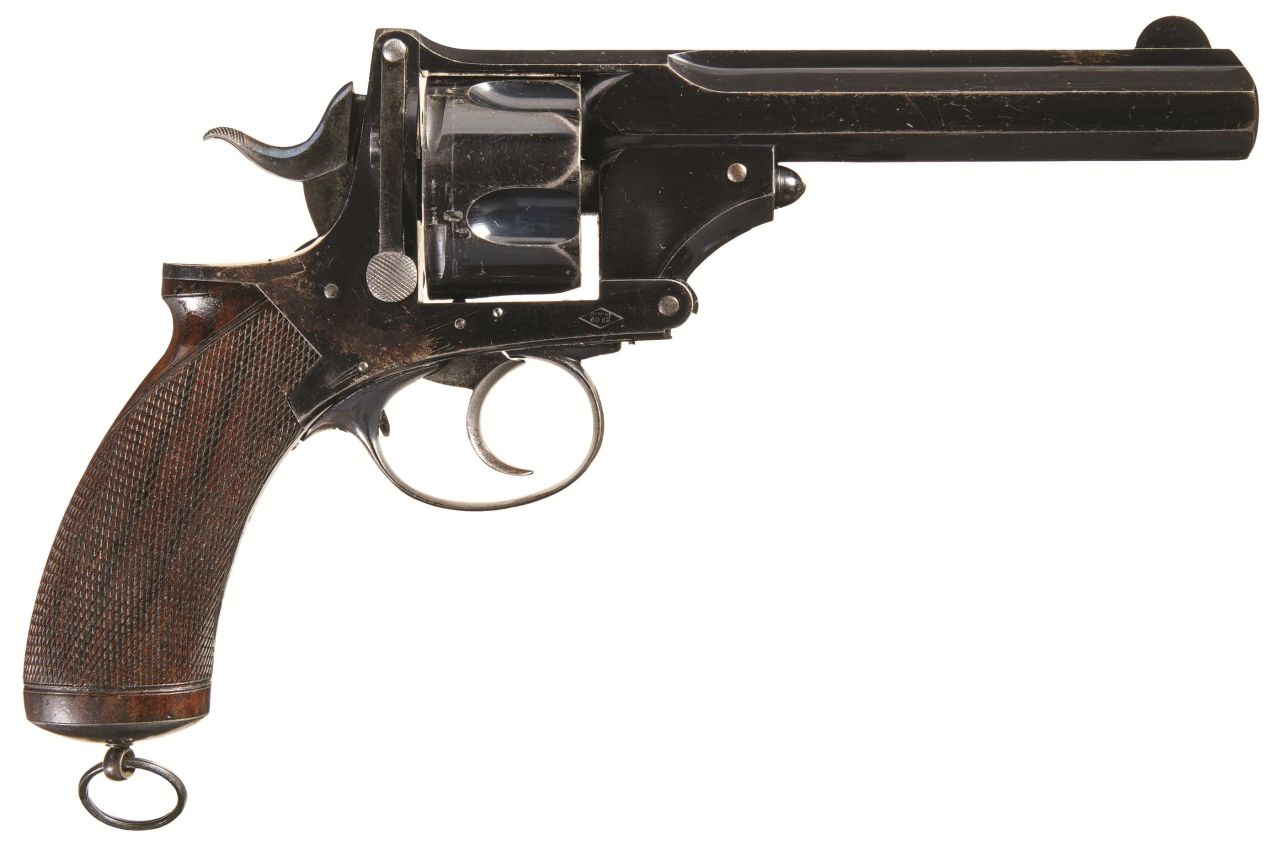 .577 Boxer five-round cylinder, top-break double action. These large handguns and their Tranter-made solid frame predecessors were sometimes qualified as ‘24 bore’ rather than by their .577 caliber, which referred to the number of bullets you could cast out of a pound of lead. The diameter of its rounds’ cases was .600 with a slight taper due to being made from cut-down .577 Express rifle cartridges and were first made of brass and cardboard, coiled brass and finally modern drawn brass by the time this top-break model came out. The stronger, more reliable drawn brass cartridges are credited with doing away with the almost over-secure Tranter design of a solid frame revolver fitted with a cylinder enclosed with a backplate, meant to remedy with cases rupturing in the chamber on firing.

Because of the limitations of black powder as a propellant, these revolvers would did quite live up to their awe-inspiring size. Many of them ended up in the hands of British Army officers, who carried them as their personal sidearm.