Heavy is the Head that Wears the Crown

This post is anglocentric because if I enlarged it to France or Germany, or elsewhere it would be unwieldy from the point of discussion. I’m not sure how much readers care about the subject but titles can be unwieldy to many of us who don’t have “skin in the game”, so to speak. They are all tied to a feudal system that managed Europe for centuries. Each feudal obligation tied lower bondmen to provide military service to the next higher in the pecking order with a specific number of the feared, sergeants, archers, men at arms, knights, etc. for a specific number of days each year. In some cases, locals were substituted by mercenaries who were hired to perform that bonded military service. 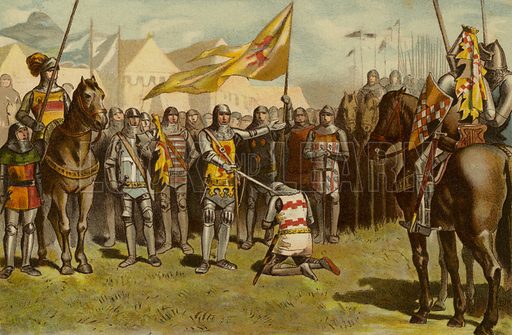 Therefore, people given lands (and serfs) such as knights, were obligated to arm, feed and deliver to the earl, for example, a certain number of soldiers (or armed farmers) for a specified number of days, at their own expense. 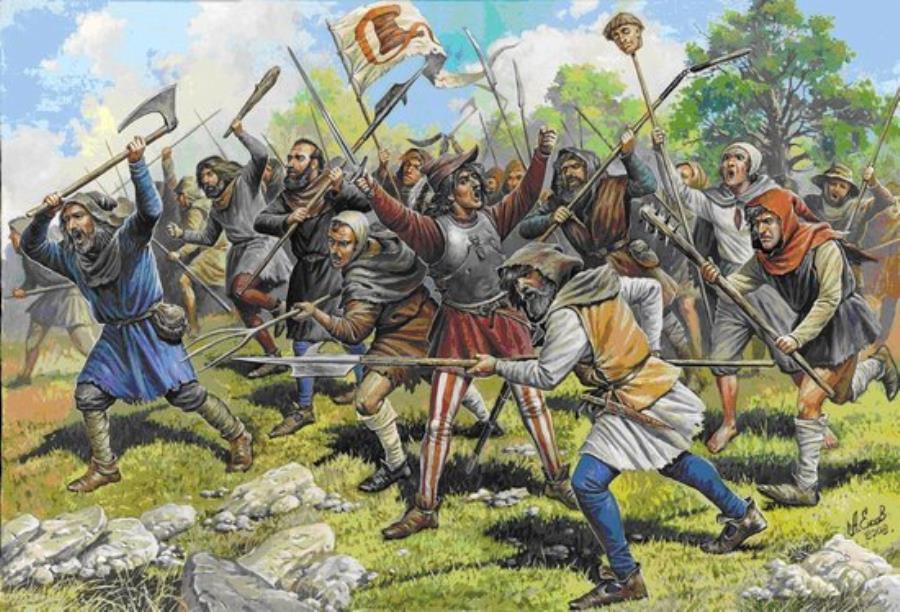 Noble titles are still around, if a bit arcane. Counties aren’t run by Counts (or Earls), but in the US anyway each still has a Sheriff (or shire reeve – not technically noble but a royal appointee – but that changed over time as we shall see).  Since England has counties, why don’t the English have Counts? The English found it humorous when their new Norman (French) overlords tried to describe themselves as cuntes, and the Normans quickly took to using the English title instead, taken from Norse (Jarl). In a way, it fit because King (Koenig) came from the Norse as well.

The reforms of the Roman Emperor Constantine separated the civilian and military administration of the Roman provinces a dux became the military commander in each province. The title dux, Hellenized to doux continued in several contexts signifying a rank equivalent to a captain or general. Later on, in the 11th century, the title Megas Doux was introduced for the post of commander-in-chief of the entire navy. And over time Doux became Duke, generally the ruler of several counties or  region with subordinate counts or their earls, depending on where they were.

Early Norman kings (of England and France) who held their lands by the feudal tenure of ‘barony’ (in Latin per baroniam),  was entitled to attend the Great Council which by the 13th century had developed into the English Parliament.  Feudal baronies (or “baronies by tenure are now obsolete in England and without any legal force but any such historical titles are held in gross, which, is to say are deemed to be enveloped within a more modern extant peerage title also held by the holder

William I  introduced the rank of baron in England to distinguish those men who had pledged their loyalty to him. Previously, in the Anglo-Saxon kingdom of England, the king’s companions held the title of earl, and in Scotland, thane. Barones regis were bound to perform a stipulated annual military service to the king and to attend his council.

Eventually the greatest of the nobles, especially those in the borderlands or “marches”, such as the Earls of Chester or the Bishops of Durham, whose territories were deemed to be palatine (worthy of a prince), referred to their own tenants (with feudal obligation to them) as barons. Such lords of the marches or Marquis, marchese and margrave all had their origins in feudal lords who held trusted positions in the borderlands. The English title was a foreign importation from France, tested out tentatively in 1385 by Richard II but not naturalized until the mid-15th century, and now more often spelled “marquess“.

The title Viscount was in use in Normandy by at least the early 11th century. Similar to the Carolingian use of the title, the Norman  viscounts were local administrators, working on behalf of the Duke. Their role was to judge/administer justice or as castellan of the local castle. Think of Sheriff and Viscount being the same thing except that over time Sheriffs were granted heriditary rights.