Have you Forgotten about Iran?

(Thomas Sowell) It is by no means guaranteed that this country will survive the long-run consequences of the disastrous decisions already made by Barack Obama, especially his pretense of stopping Iran’s becoming a nuclear power. Obama may no longer be in office when those chickens come home to roost.

If we wake up some morning and find some American city in radioactive ruins, will we connect the dots and see this as a consequence of voting to elect an unknown and untried man, for the sake of racial symbolism?

America’s foreign policy machine has broken. And I don’t think that we have it within ourselves to fix it at present.

Our foreign policy consists of one crisis after another one where we hambone up the situation or ignore it while it gets immeasurably worse. Nowhere is this more clear than with our handling of the Iranian nuclear proliferation situation.

ISIS is only a sideshow to the real problem that is Iranian nuclear ambition.

Let’s look at the disconnect between what the paper tiger says and what it does: 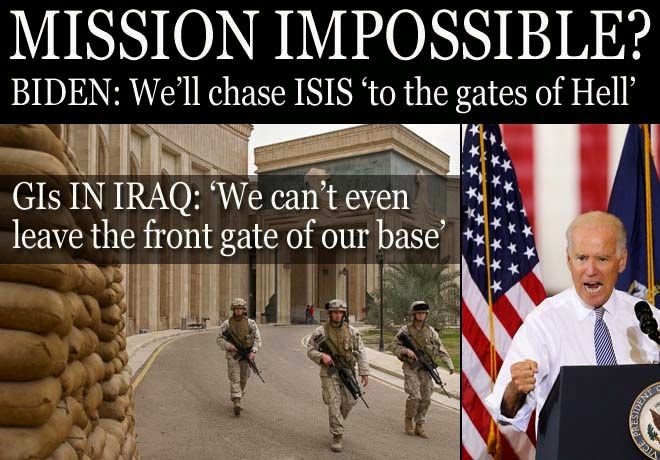 Yes I know that Joe (Slow Joe) Biden is a clown and that he’s just clowning around from his podium. The problem comes when the rest of the world knows it too.  It emboldens weird potentates in Iran, Iraq, Yemen and every other hell hole on the planet.