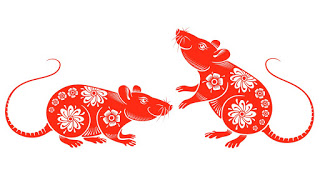 Facebook
Twitter
Pinterest
WhatsApp
Yes, it’s the Year of the Rat.
Democrats believe that it a sign that they can readily identify with. But were they all born in the Rat year? I think not. It may be cultural appropriation on a grand scale.

In China, the white metal Rat Year is generally lucky, but with Coronavirus spreading like wildfire causing the government to shut down much of the intercity transportation in metropolitan areas, how lucky it it really?
The impact is being felt in the cultural sector. Even though the Chinese New Year is usually the country’s most popular moviegoing period of the year, this year, major studios have decided to postpone their releases; China’s 70,000 movie theaters will remain closed, as reported by the Hollywood Reporter. Shanghai Disney Resort has closed down. Disneyland’s Mickey and Minnie were all set to celebrate the Year of the Rat with special costumes and performances, but now the world-famous mice will remain isolated, just like a large part of China’s population affected by the quarantine.
You’d have to be a true astrologer to ascribe the proper meaning to all this and I am not. Some news outlets speculate that the virus was accidentally released by the Chinese Germ Warfare research facility in Wuhan. Others have different theories. Maybe it was started when somebody ate a rat – symbolic of the year?