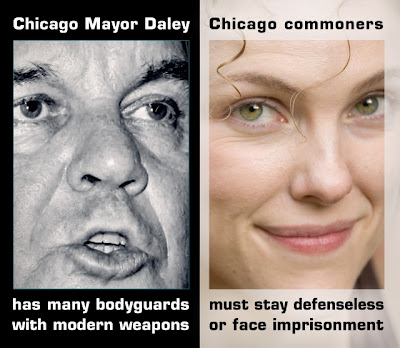 It’s President Obama’s home state – the rules are clear. There are two standards. One for those who are “in” politically and another for those who are not. He would like to spread that double standard nationwide. Depriving honest citizens of the right to own firearms is a violation of the Second Amendment but your president doesn’t seem to worry much about that. Is this the man who should be Chief Executive of the United States?