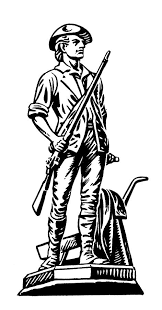 Facebook
Twitter
Pinterest
WhatsApp
Asymmetric Warfare (low intensity conflicts)
Ammo.com dove deep into analysis of Asymmetrical and Fourth Generation Warfare on their website. You can read more about it HERE. I have different thoughts on the subject, but will suggest that any glorification of a “militia movement” in the US brings with it a significant danger. No matter how well intended, most of these ad hoc organizations tend to be hijacked by lunatics.  The article is fair and balanced as far as it goes, but it brings a focus on private, organized militias and gives them a positive spin. My spin on those sorts of organizations, while legal, that suggests an exercise in exceptional prudence and circumspection.

Every election, every flaw in the democratic process brings fear of tyranny. However good an arms and ammo salesman that Barack H. Obama was, the eight years of obamanation were followed by President Trump. It was not the infinitely corrupt Hillary Clinton who won the presidential election. And America gave the Republicans control of Congress. Sure, there was huge push-back from people like former Speaker of the House, Paul Ryan – who hated America’s choice of leadership more than almost everything else. But the point is that America chose and they didn’t choose an enemy of the Republic (for a change).
A study of “Small Wars” and low intensity conflict is useful. I have studied it extensively both from a professional perspective and as a matter of personal interest. Thus the article has value both in its exploration of historical precedence and some of its predictions of potential conflicts in the future as a matter of cause and effect.
To me there is value in “going Galt” and leaving the rush and crush of the city behind. There is value in a pastoral existence – at least there is to me. But I’m not much of a joiner.