Over the past five or six years, pseudoscience has claimed that the melting Greenland ice sheet was due to greenhouse gas in the atmosphere, thus a man-induced disaster.

The Greenland ice sheet is a vast body of ice covering 1,710,000 square kilometres, roughly 80% of the surface of Greenland. It is the second largest ice body in the world, after the Antarctic Ice Sheet.

Science now shows that while the Greenland ice sheet is melting, it’s not primarily due to greenhouse gas. The sheet is melting from below due to increased heat generated in Earth’s mantle below Greenland. The planetary crust under Greenland (referred to as the lithosphere) is very thin and nobody knows why that is.**

What does this mean for climate modeling?

“The temperature at the base of the ice, and therefore the current dynamics of the Greenland ice sheet is the result of the interaction between the heat flow from Earth’s interior and the temperature changes associated with glacial cycles,” explains corresponding author Irina Rogozhina (GFZ) who initiated IceGeoHeat. “We found areas where the ice melts at the base next to other areas where the base is extremely cold.”

The current climate is influenced by processes that go far back into the history of Earth: the Greenland lithosphere is 2.8 to 1.7 billion years old and is only about 70 to 80 kilometers thick under Central Greenland. It remains to be explored why it is so exceptionally thin. It turns out, however, that the coupling of models of ice dynamics with thermo-mechanical models of the solid earth allows a more accurate view of the processes that are melting the Greenland ice. 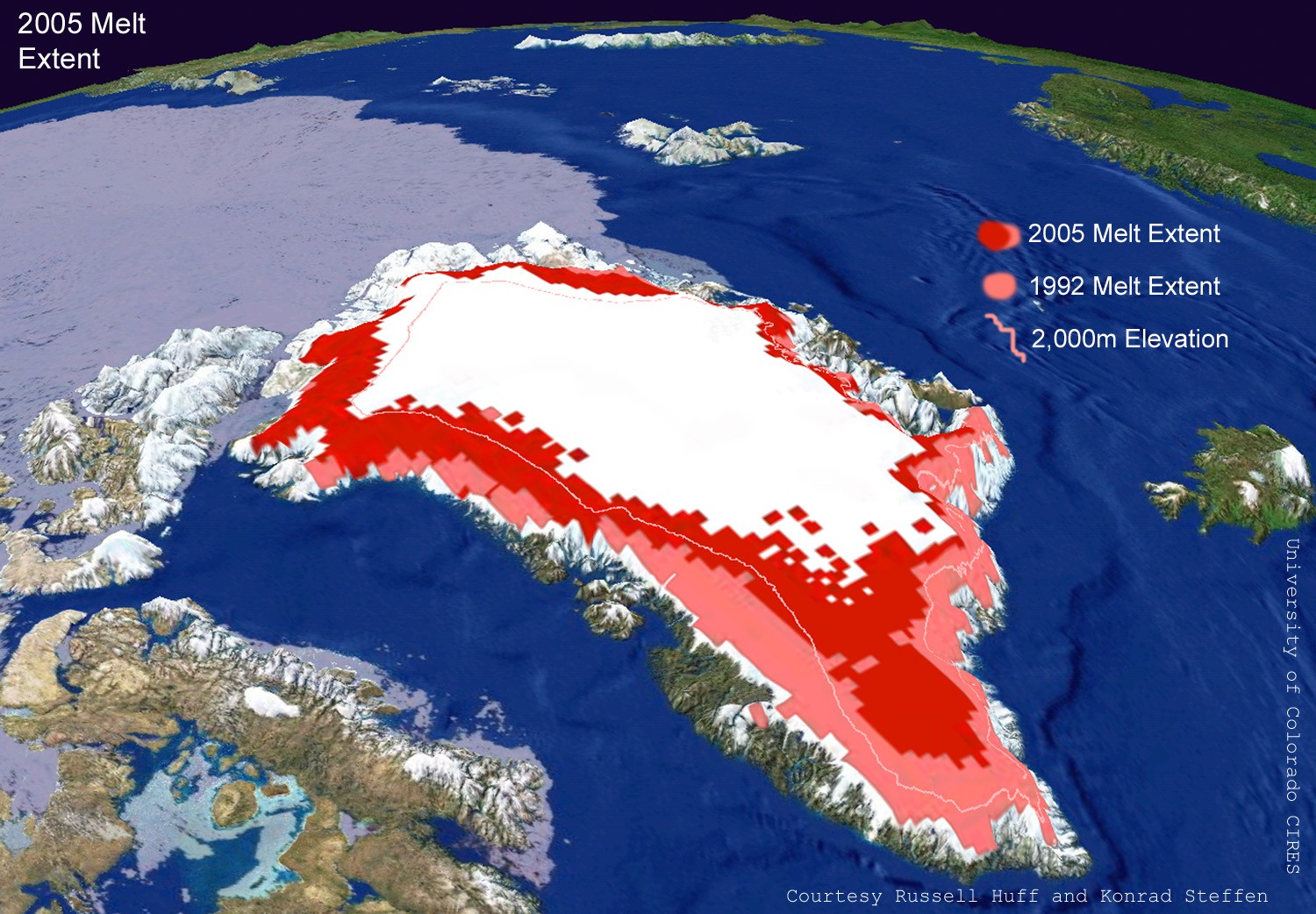 Former US Vice President Al Gore couldn’t be reached to comment on the scientific discovery. Rumor has it that he was busy polishing his Nobel Peace Prize for spouting off about the melting Greenland Ice Sheet being due to greenhouse gas.

It turns out that the melting Greenland Ice Sheet is not a man-caused disaster, but rather a “nature-caused event”. Natural events are not recognized by the Green lobby because they can’t be used to generate money.