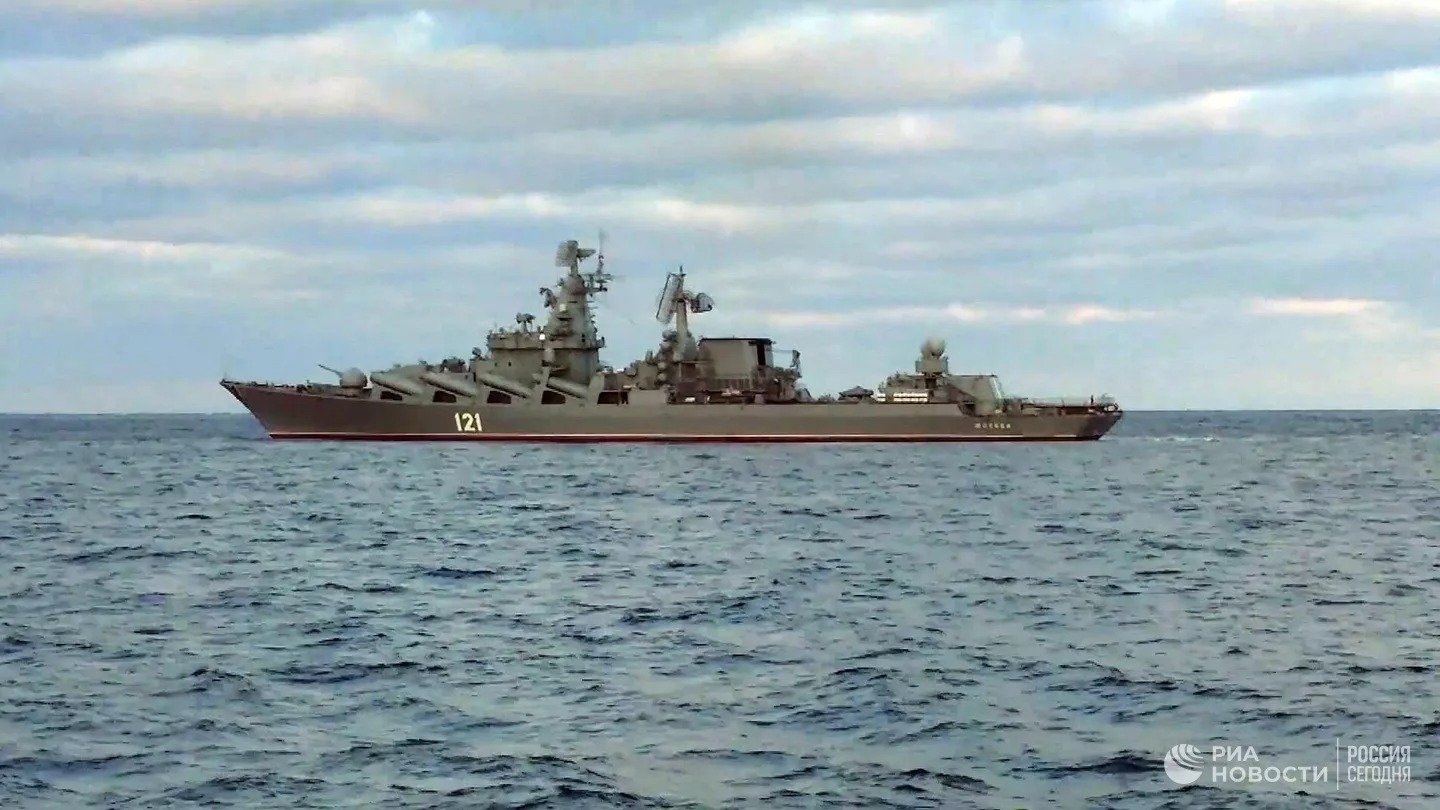 (USNI) The Russian Navy’s Black Sea flagship has suffered major damage and the crew has abandoned the ship, state media said late Tuesday in reports following Ukrainian claims of hitting the ship with a missile strike.

The Russian Defense Ministry confirmed the “mishap” on RTS Moskva (121), a ship in the country’s Black Sea Fleet, according to state-run outlet TASS.

The crew of the Moskva the flagship of the Black Sea Fleet was severely damaged and the crew abandoned ship, the Russian Defense Ministry told TASS.

A fire broke out on the ship, causing ammunition to detonate, according to TASS. State media did not elaborate on the cause of the fire.

Ukrainian officials claimed that shore-based anti-ship guided missiles hit Moskva which had been operating from the Black Sea Fleet’s headquarters in Sevastopol, Crimea.

Moskva was commissioned into the Soviet Navy in 1982 and is one of three Slava-class guided-missile cruisers. The two other Slavas are RTS Marshal Ustinov (055) and RFS Varyag (011) have been operating in the Mediterranian.

Neptunes, first fielded in 2021, are based on the Soviet AS-20 ‘Kayak’anti-ship missile which is similar to the U.S.-built Harpoon missile.

Even more to the point, the Russian shipbuilding industry can not replace this ship. The loss of the flagship, even though she is aging, is critical to maintaining the Russian Fleet’s anti-aircraft capacity at any given point. In this case, covering the area around Odessa.