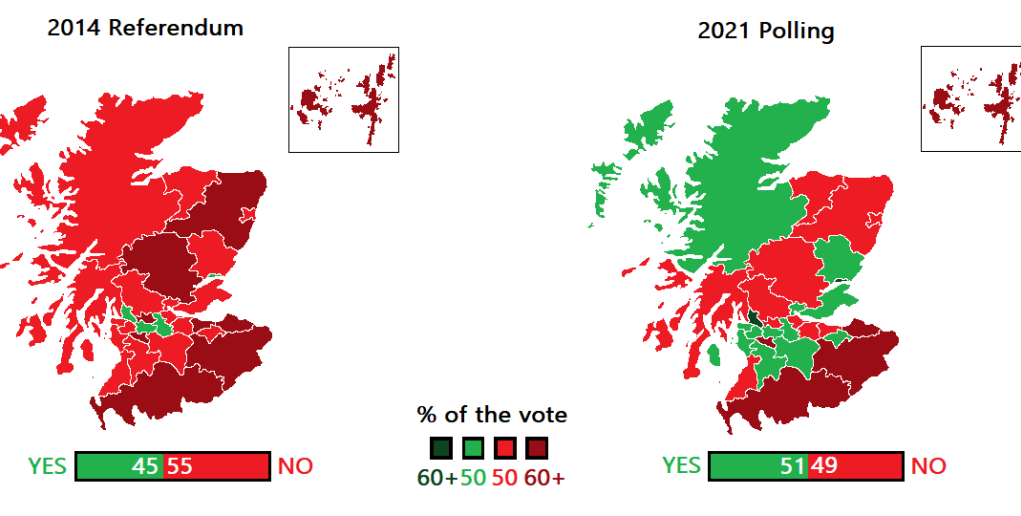 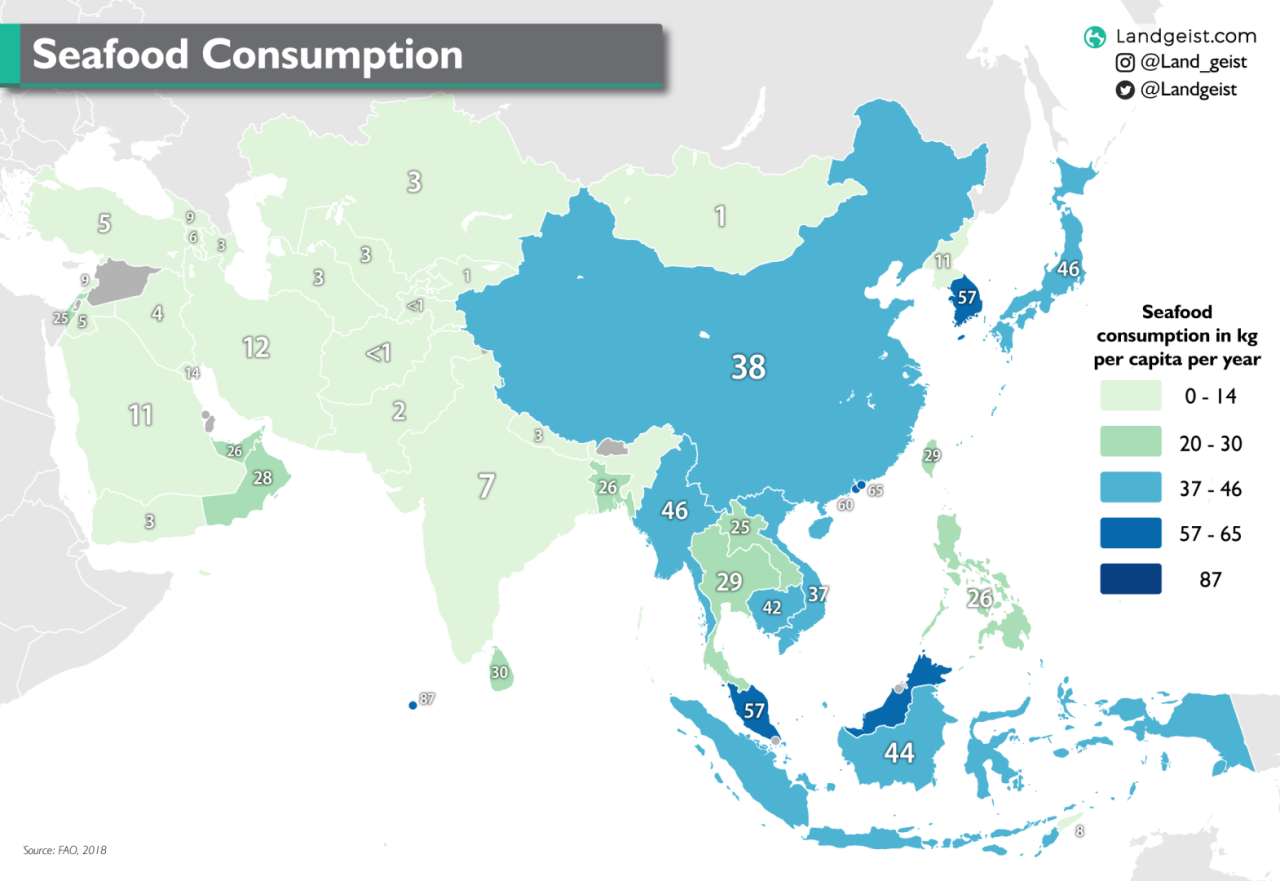 Seafood consumption in Asia per capita per year. This map is for Mike W, an Australian, living in Thailand, sending me e-mail about the delicious Thai food that he’s eating. I do like Thai food, but I can’t eat it as hot as the Thais do. It’s not so much going down as it is suffering through the passage to the exit. 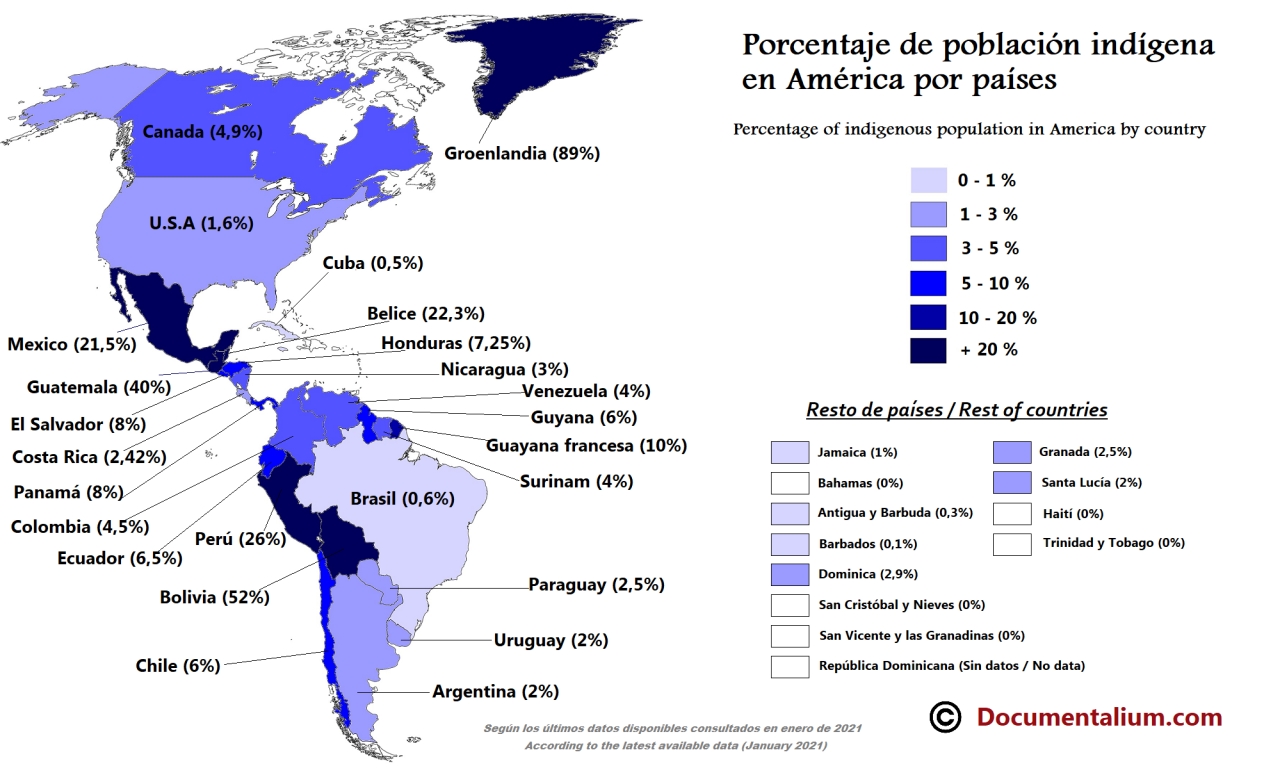 Percentage of indigenous population in the Western Hemisphere, by country. 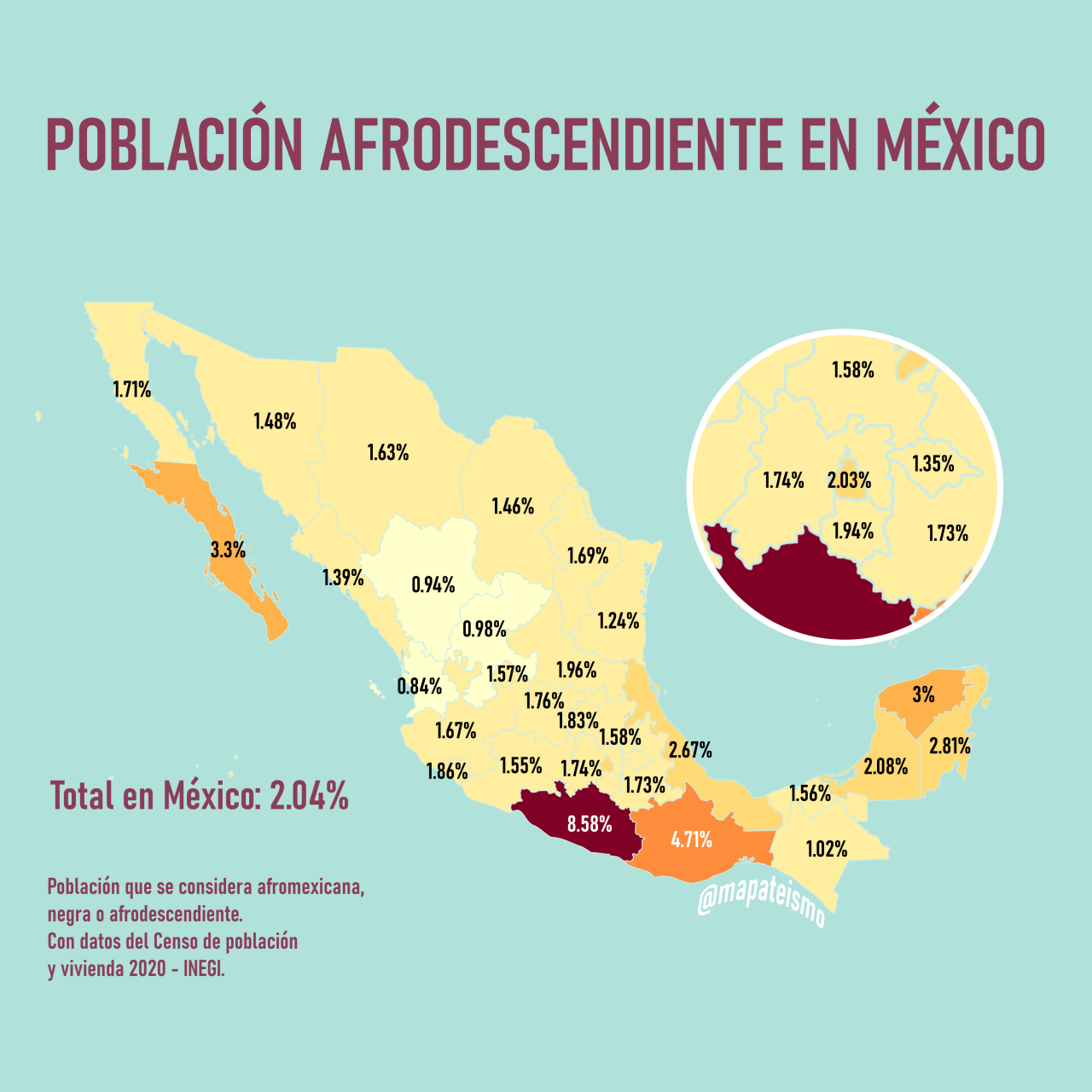 Mexican population that considers itself negro/afro-descendant. Data from the 2020 census. 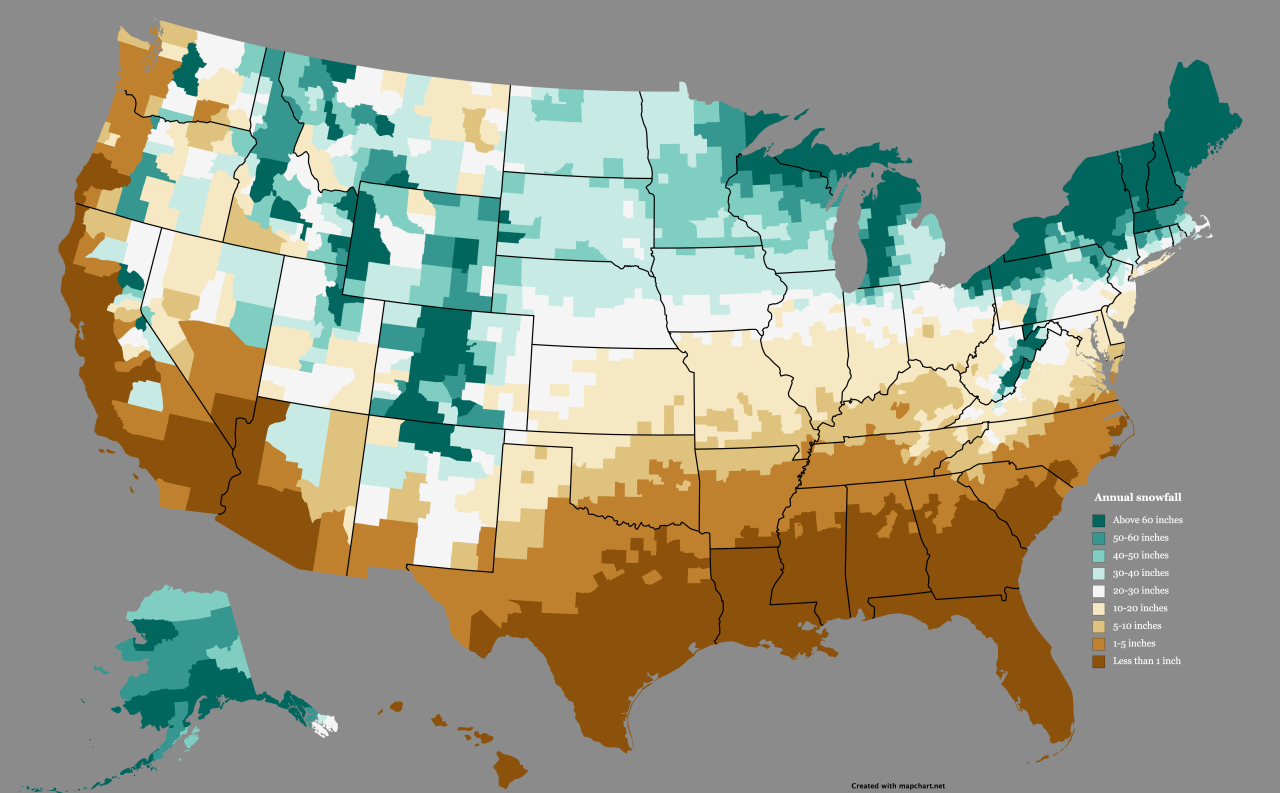 Snowfall map by US County 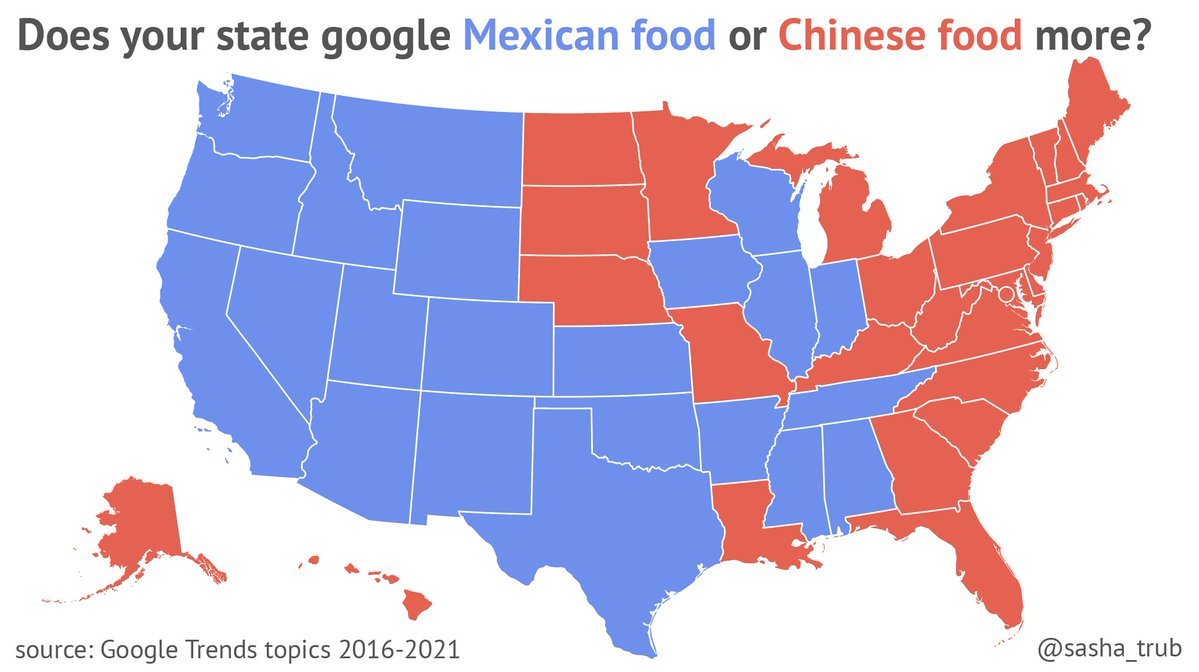 This is an interesting study. I think that part of the reason that the East Coast doesn’t google Mexican food more than they do is because it’s difficult to find good Mexican food there. A lot of the food billed as “Mexican” is El Salvadorian, Guatemalan, etc. and there’s a vast difference between the cuisines – mainly because they were never ruled by France.

It’s a lot like going to a Vietnamese bakery and discovering that it’s all French pastry (and delicious). 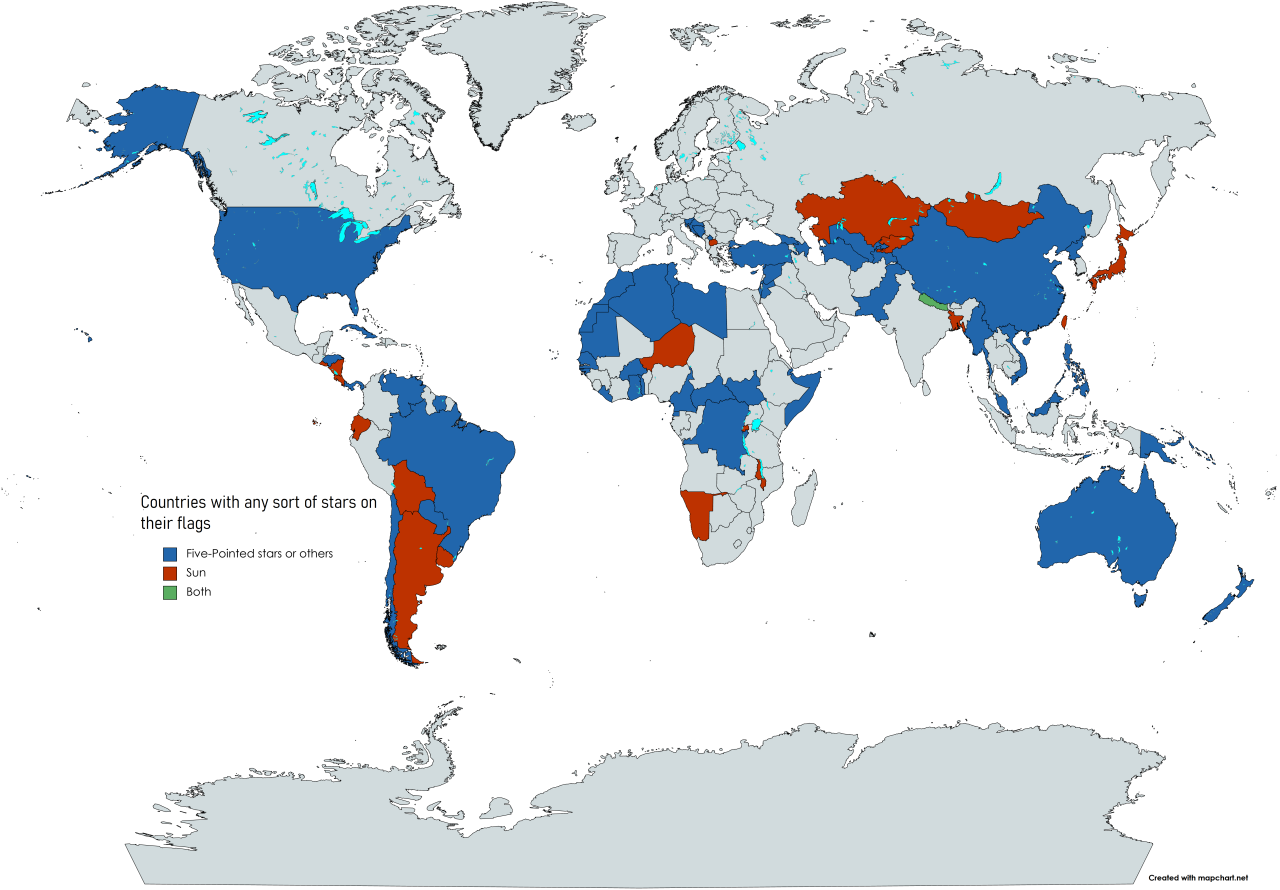 Countries with any type of stars present on their flags.

Support for Scottish Independence, 2004 v. 2021. One of my dear friends is heavily involved in the Scottish National Party – pushing independence for Scotland. I’ve known him for forty years and we disagree on the subject. Yes, I know that the Pommies are tough to take, but the UK is better off united. Attack me if you will. 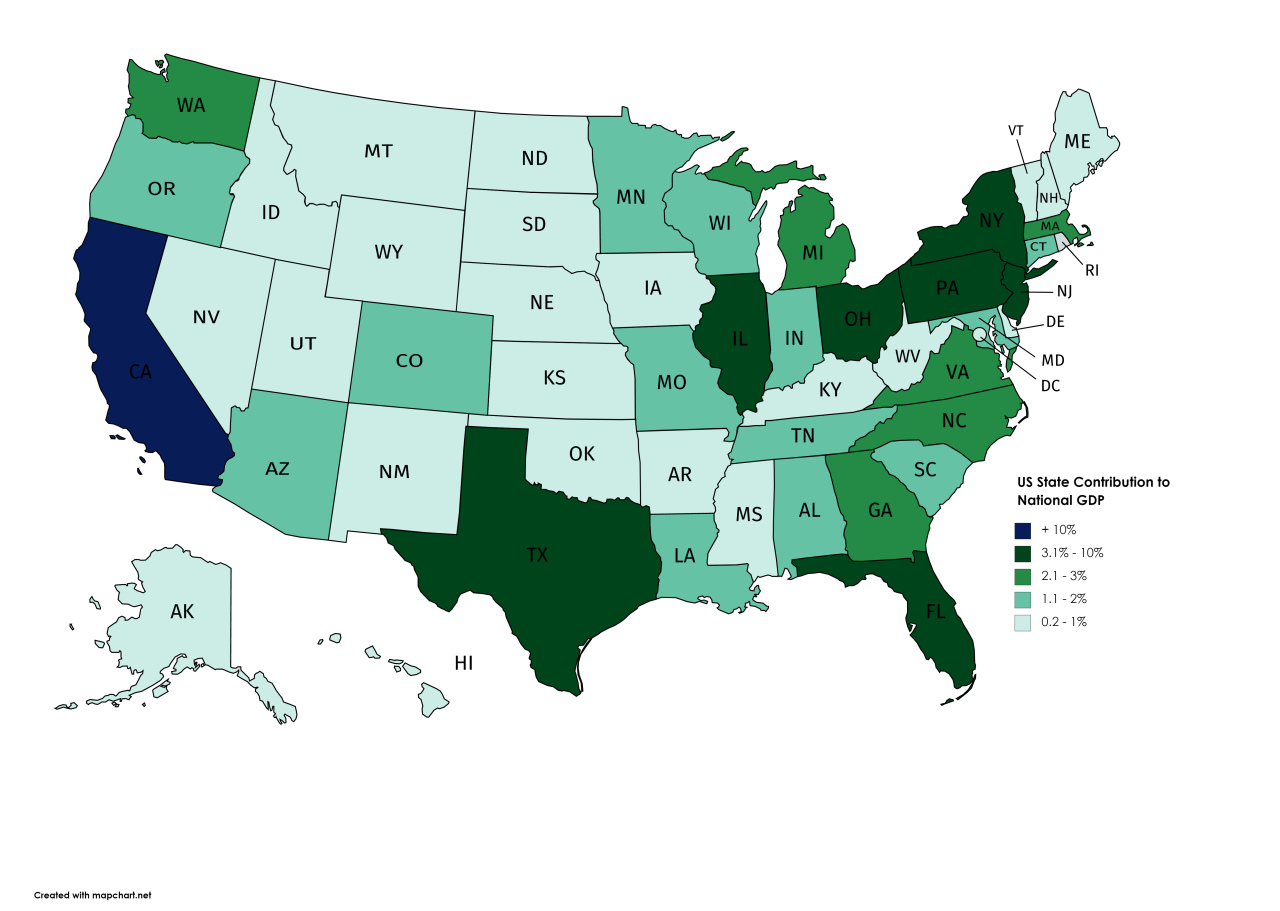 US State Contribution to National GDP. 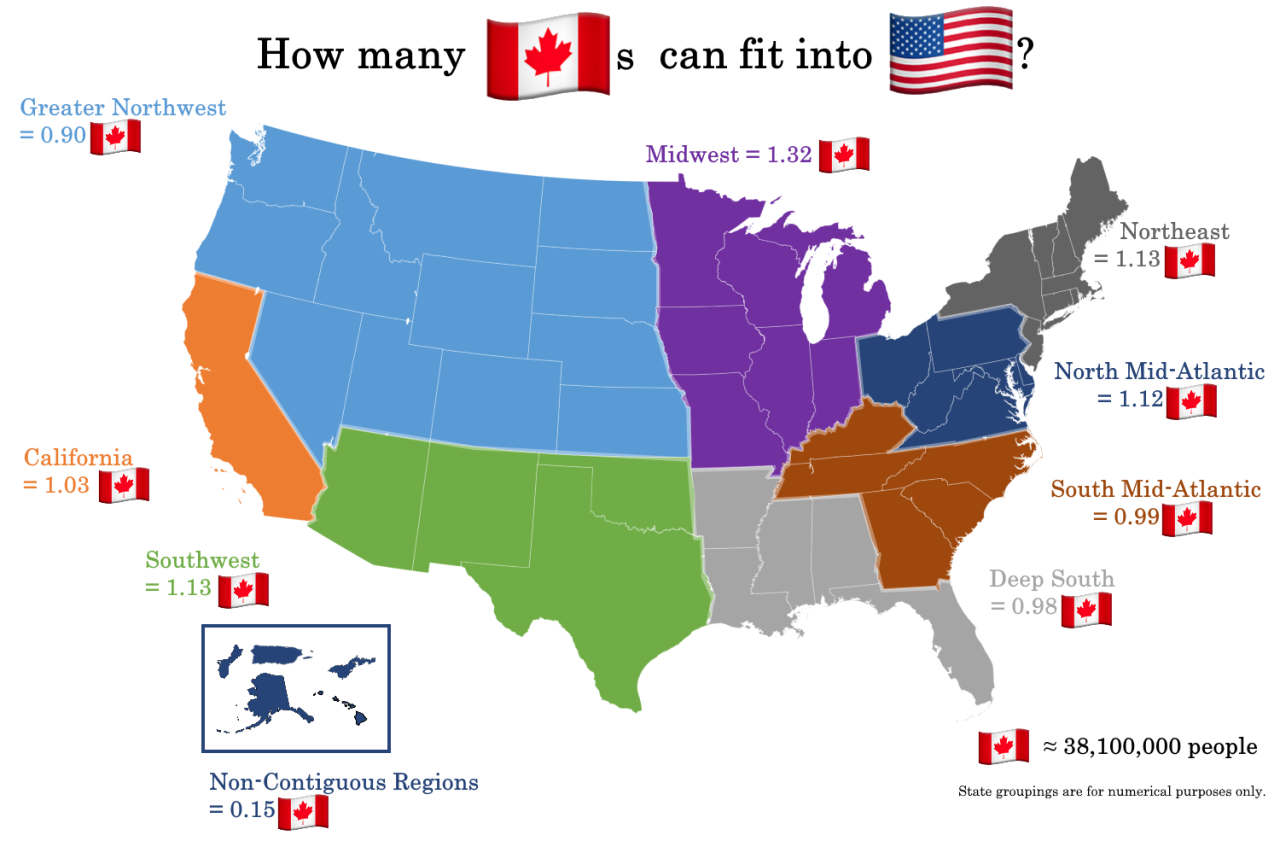 A friend of mine from Calgary (Targa 88 – no I won’t out you) drifts by this blog from time to time, without commenting. It was he who first mentioned to me that in terms of population, Canada was about the size of California.