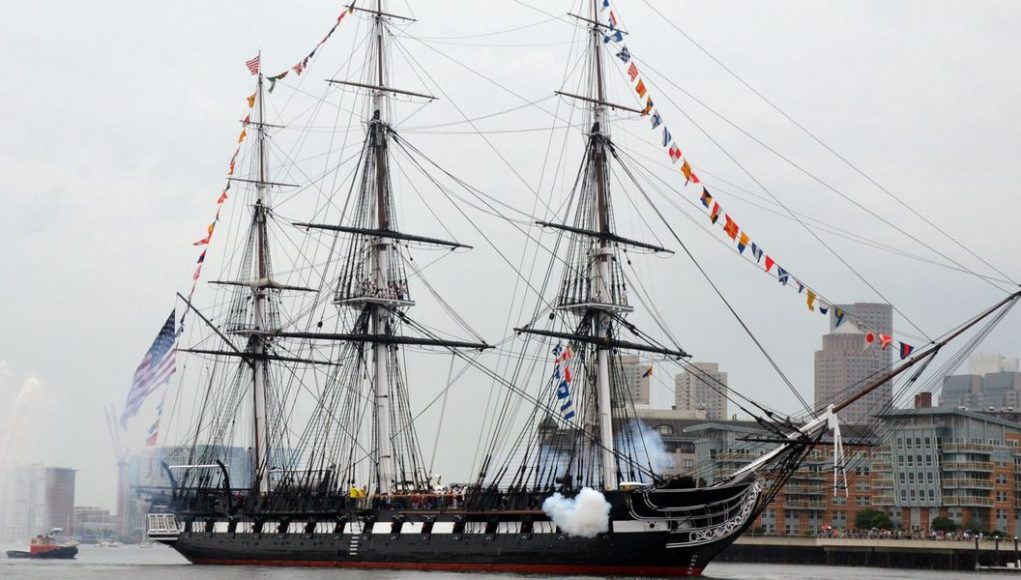 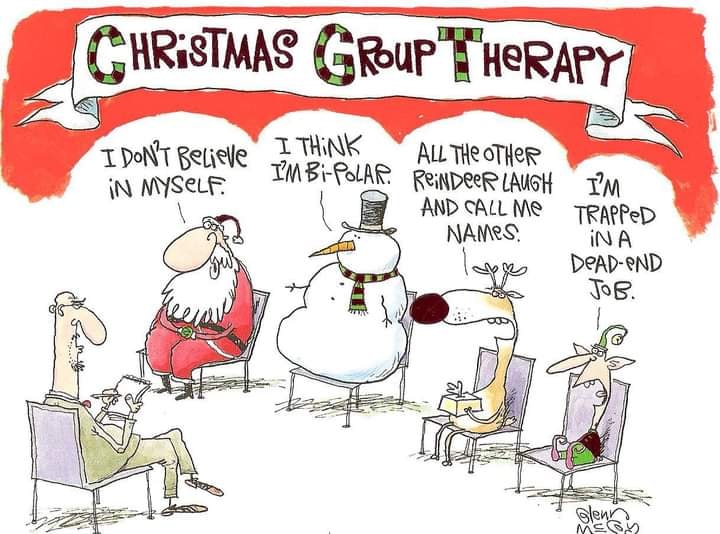 Man does not live by quesadillas alone – but it’s a great place to start. 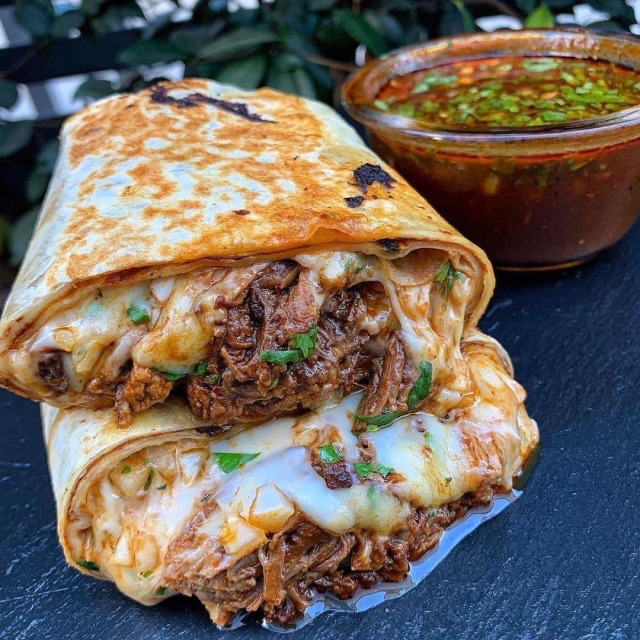 In the Days of Fighting Sail:

This money was a great additional income, especially for officers, but also for sailors, if they were lucky. From the beginning of the 18th century, it was customary at the start of a war to release all the ships of an enemy as possible prizes. And then the hunt began. If a ship was lucky enough to catch an enemy, the ship had to be specially prepared, because every mistake that followed could lead to the loss of a prize. First of all, the stores had to be sealed so that no one could help themselves to them. Now it happened that the captains and lieutenants helped themselves to the personal belongings of the enemy officers. This was accepted as long as it did not get out of hand.

Back to the stores, they were sealed and the ship was manned with a prizewinning crew and brought safely home. But anyone who hoped that the money had already been paid out was mistaken. The prisoners were accommodated according to their rank, the ship was checked, everything on board was taken down and sealed. Then the ship was registered in the Admiralty Court and passed on to the Prize Court. There the circumstances under which the prize was acquired were examined in detail, when the flash colors were taken down, were the papers correct and was the English ship allowed to stay there, etc.

Just one small mistake and the Prize was declared inadmissible and had to be brought back with all she had, man and rat. And the captain was blacklisted by the Admiralty and from then on was under surveillance. But if the Prize was in order, her value was determined and it was clarified whether she was to be put into the service of the Navy or not. If it was, the prize amount was reduced, as the Admiralty did not pay for its own new ships. The estimated sum was then allocated to the prize agent that most officers had already booked at the beginning of the war. Those of a ship of the line did not do this, as the chances of them capturing a prize were nil. Only when they had one would they go and get one. 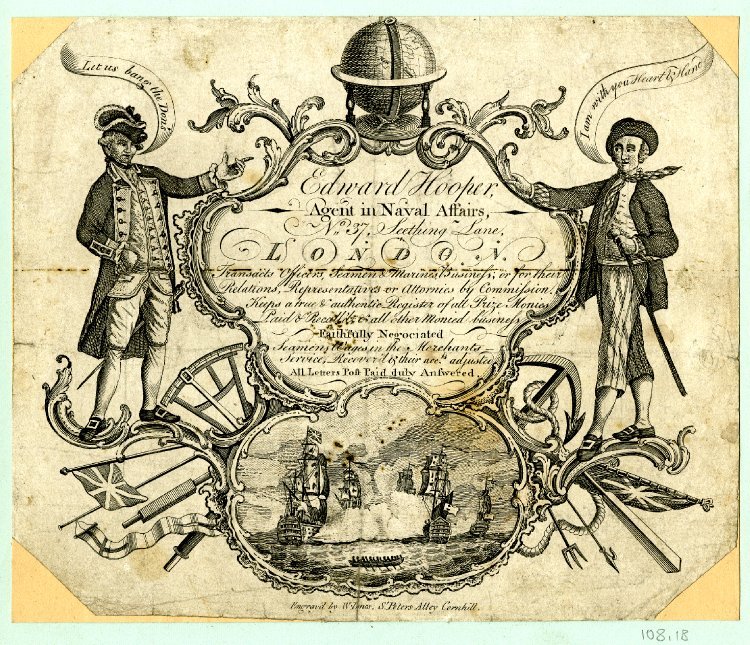 A prize agent was responsible for selling the prizes and their items on board and kept the money until his client requested it. Unfortunately, this often didn’t go smoothly and many agents were not benevolent, many charged very high fees and corruption was rife, so it happened that prize proceedings were delayed for a long time (the longest lasted 28 years) in order to increase profits, items that were supposed to go into the prize winnings were sold privately and put into their own pockets. But the courts were not without their own problems, because of course they also demanded a fee and so it once happened that a prize was sold for £291 and the court demanded a fee of £221.

An American Privateer Taking a British Prize, illustration from ‘Pennsylvania’s Defiance of the United States’ by Hampton L. Carson, pub. in Harper’s Magazine, 1908

In addition, the prize money was a very unfair system. As mentioned, liners had little opportunity to capture a prize. But it was possible for an admiral in command in the West Indies to make hundreds of thousands of pounds without setting foot on a ship, while a frigate captain could make a hundred because he was free to move about, while the ships of the line on blockade duty nearby could only watch.

But if it had all worked out and the prize had been successfully sold, then all those on the ship who had captured it could hope for the following distribution.

This was often not big money for the ordinary sailors, but it was extra bread and if he sailed under a very successful prize hunter he could hope for more. This ensured the survival of many families and so many hoped that their captain was particularly keen on making prizes.

Then there was the problem of splinters (h/t Claudio)

The c.300 BC Hasholme logboat during excavation from a former tributary of the River Humber in 1984. The stern is nearest the camera (below).

The Hasholme logboat, discovered in 1984 in a former estuary of the Humber near Holme on Spalding Moor, dates from the late Iron Age (750-390 BC). The boat was milled from a single oak tree and was originally about 42 feet (12.87 m) long, 4.6 feet (1.4 m) wide, and 4.1 feet (1.25 m) deep, and weighed 6 tonnes. Because of its size, archaeologists have calculated that it was steered by 18 oarsmen and two helmsmen. The special thing about Hasholme is that it had both ends open. To make this boat watertight, it had to be closed at the stern by inserting a cross board into a groove filled with moss. 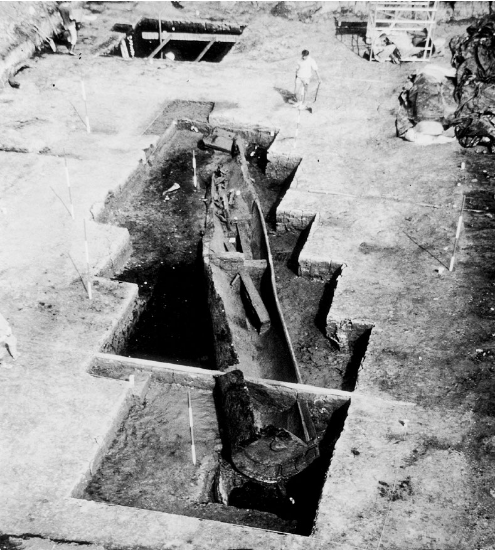 It is on display in the galleries at Hull & East Riding Museum, in the Museums Quarter on High Street, Hull.

Yeoman of the Store Rooms

The three standing officers (boatswain, carpenter, and gunner) had large quantities of stores and spare parts under their care. These were kept in three large storerooms located in the orlop, which were locked when not in use. As the three of them had too much to do to look after these rooms alone, they appointed a man who had done well, was always sober and trustworthy, to take over this responsibility as Yeoman of the Storeroom.

The Bosun’s storeroom aboard HMS Victory

They had to make sure that nothing was taken without accountability, the rooms had to be tidied and everything that was taken had to be replenished, so it was his job to tell the mates, who in turn told the officer. When stores arrived, the yeoman had to clear them with the mates and make sure everything was in its place. Therefore, the yeoman was paid like an able seaman with £ 14.12.6 per annum. Now there was not only the yeoman of the storerooms, there was also the yeoman of the powder room or the yeoman of the sheets. It was also their job to keep the rooms they were responsible for in perfect condition, the yeoman of the powder room even had the responsibility of ensuring a smooth powder distribution during a battle, which is why they were even paid like a gunner mate with £ 14.13.6 per annum.

And close with a focus on the Season. 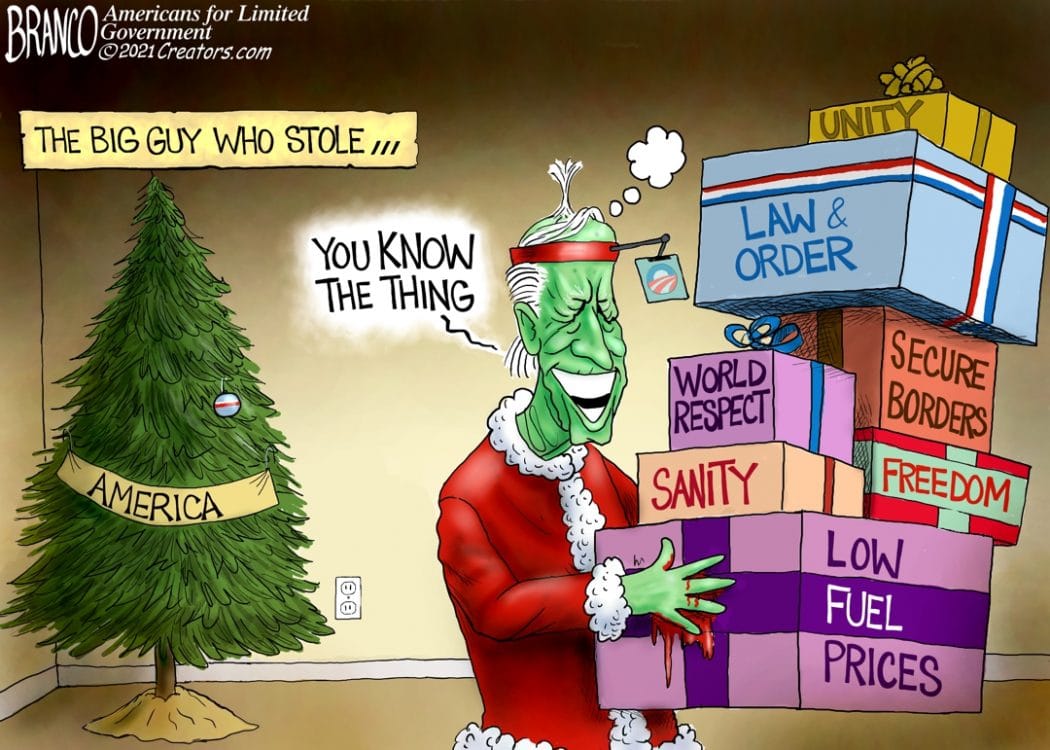