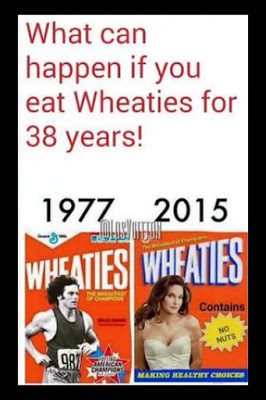 There is a new move afoot in New York City where if an employee wants to begin “transitioning” to a new gender, the employer must accommodate them. If I had as much in the way of guts as I like to think I had, I’d get a job with Bloomingdales or Sachs 5th Avenue as a guy selling – men’s suits. Once off probation, one day I’d then show up in a short dress. Change my name to Shaniqua. Hair the same, old man, maybe a grey Santa beard, hairy legs, combat boots, no bolt-on tits and not even a ‘training bra’. I have no desire to wear make-up.
The fine for discriminating is $250K. There are places I could spend $250K – very frivolous places. New sports car? New boat? Once I received the money, naturally I’d “transition back” to being a guy, with a quarter million in my pocket…because you KNOW that Bloomingdales would never let an old gender confused freak show up at work like that. I’m guessing the $250K would be a pay off to a nuisance.
Four employers in a year, a million dollars tax free in my pocket.
As Bruce Jenner (above – right) has pointed out, he’s still a heterosexual male (male lesbian), masculine parts intact, who likes to dress-up like a girl and got a pair of fancy new bolt-on’s.  When I was a kid, we called people like that “freaks”. Does that offend you, dear readers?

In California, where I live, there are six genders that the state recognizes formally. If you fill out a job application you can check any of the boxes or check the box titled, “other”.

And here’s the scam. You can “transition” between genders anytime you feel like or “transition” back, and EVERYONE has to embrace that, as a matter of law.

We have earthquakes every day across the “Southland” in California. Note the map. The big blue box was a larger quake that hit while I was e-mailing a buddy in Australia the other day.
The uninitiated quiver in fear, but the reality is that the land slips all of the time. Those slips prevent THE BIG ONE, that you see on at least one disaster movie that debuts each year.
People not from here make fun of the lack of brick in construction in California homes. Bricks tumble down in an earthquake.
And before you guys jump on me, we don’t have tornadoes or cicadas here.
You have to pick your poison when it comes to finding a place to live.
FINALLY A CAUSE I CAN BELIEVE IN! 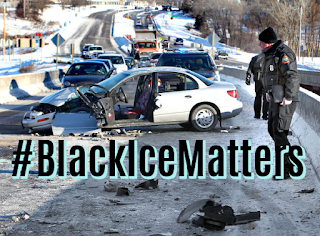 We engage in the ceaseless war on the weather in the USA. The US Military has been tasked with taking on climate change as a principal mission by the Commander-in-Chief.

In addition to our military commitment to defeat the weather, there are a number of green movements that have risen. Deciding which cause to contribute toward can be daunting because there are so many.

If you’re inclined to give money to any of these causes, but are not sure which is best, you should consider depositing your large donation into my paypal account and I will find a worthy cause in your name (after taking a modest commission to keep up this effort on YOUR behalf).

#blackicematters is one of those causes that is gaining traction because it’s all about losing traction. The battle against black ice by various cities is not only clearly racist, it might also be seen as an unfair attack on the weather. Save black ice by donating (generously) today.

Thank you for your support.