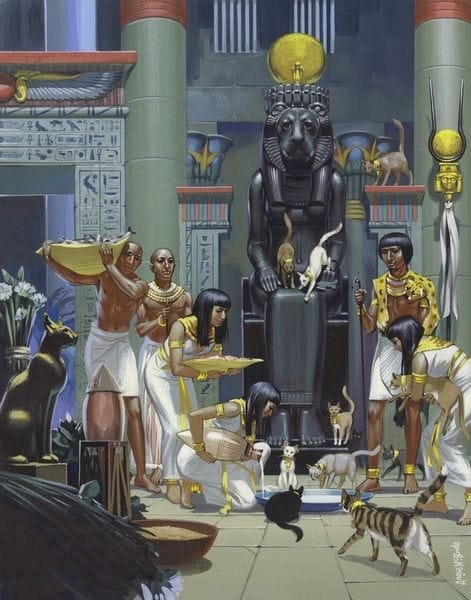 It is clearly established that, by 450 BC, the penalty in Egypt for killing a cat was death (though this law is thought to have been observed much earlier). It’s well known that the ancient Egyptians loved their cats and that they were one of the first civilizations to have worshipped them as holy deities. Above, Servants feed cats in an ancient Egyptian temple.

Today we joke about crazy old ladies, surrounded by 50 feral cats, sitting on their porch with a shotgun… but we avoid those ladies. Maybe they’re onto something.

Nuclear combat toe to toe with the Ruskies? Get it over with now? 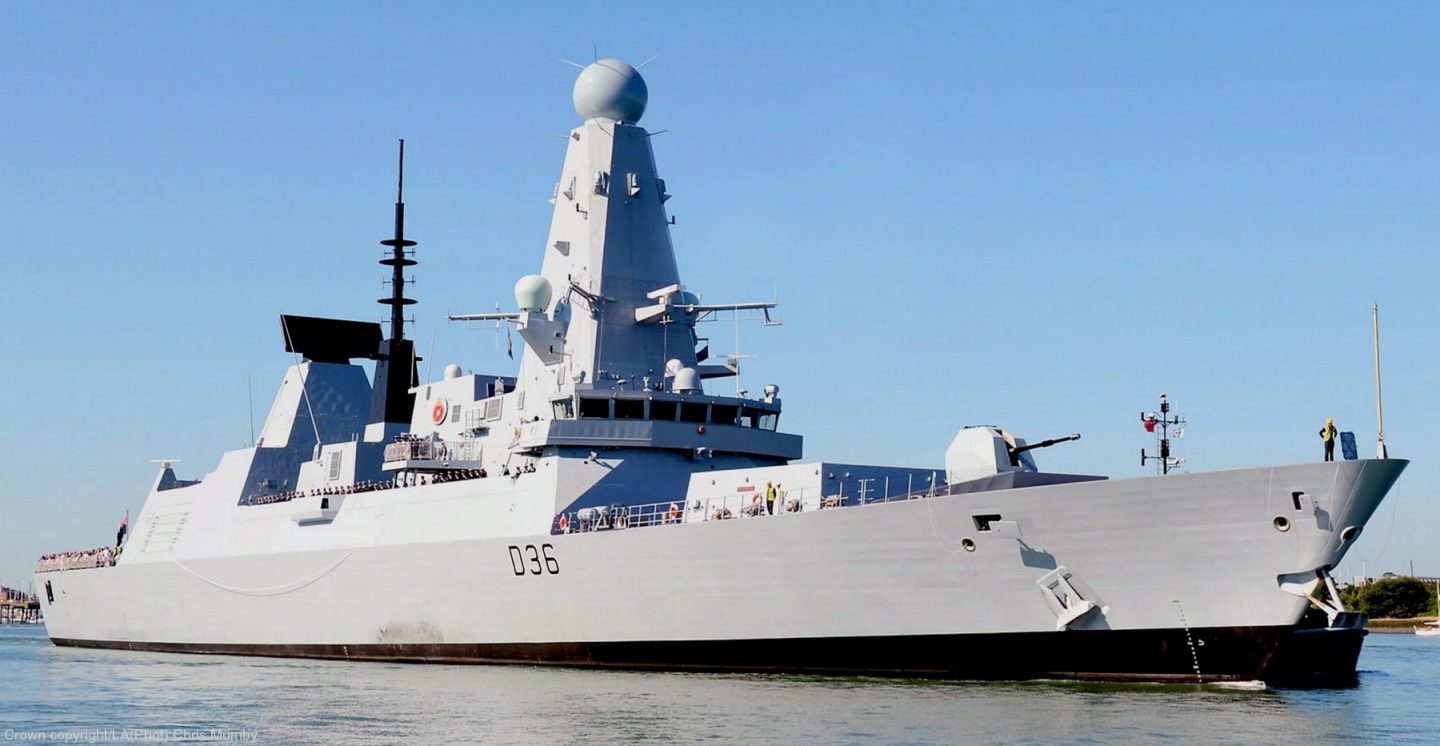 (Zero Hedge) One day after a reckless maneuver by a UK warship sailing just off the Crimea coast nearly started a hot war, Reuters reports that Russia warned Britain on Thursday that it would bomb British naval vessels in the Black Sea if there were any further provocative actions by the British navy off the coast of Russia-annexed Crimea. 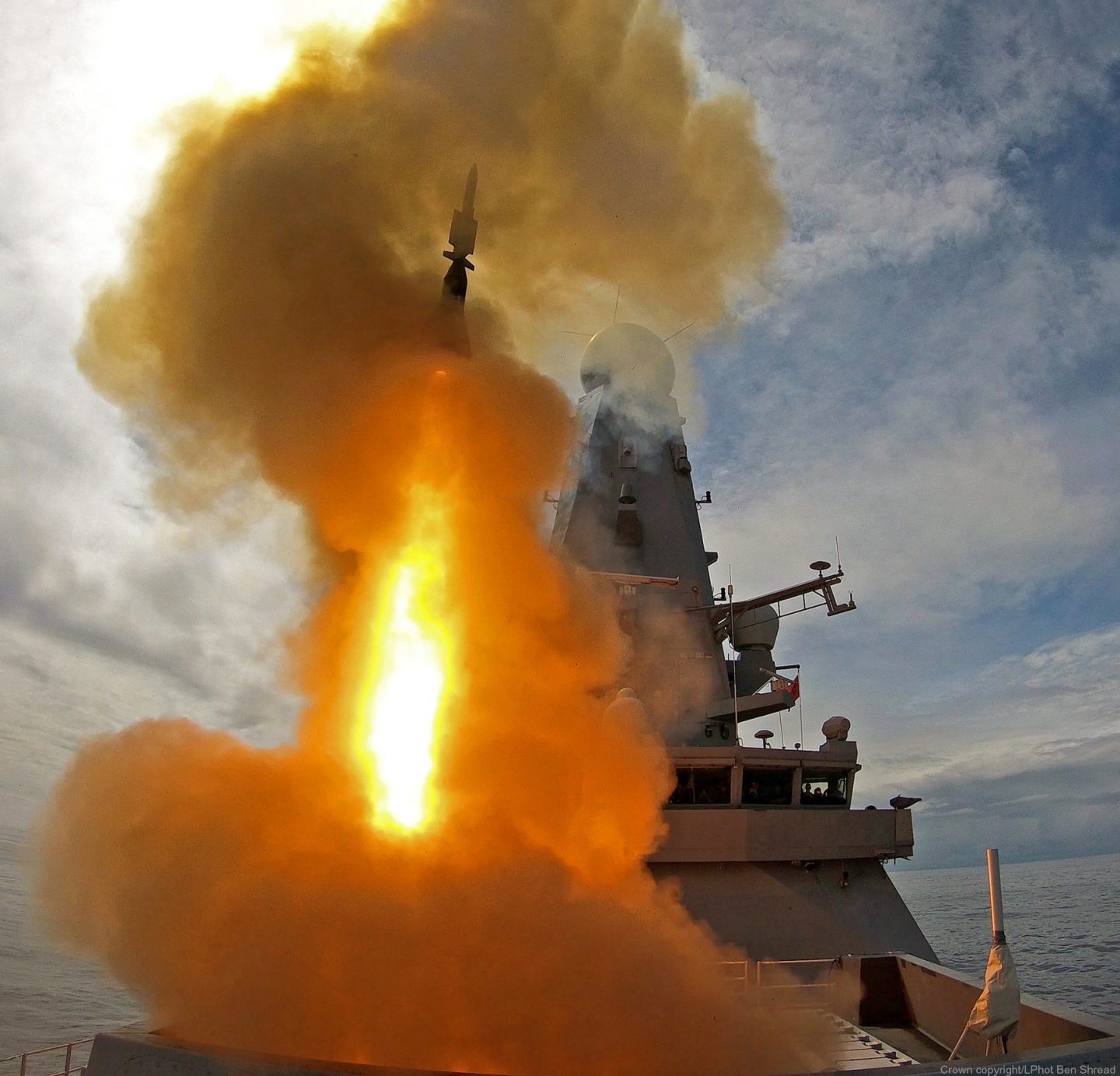 Russia said the HMS Defender had ventured as far as 3 km (2 miles) into Russian waters near Cape Fiolent, a landmark on Crimea’s southern coast near the port of Sevastopol, headquarters of the Russian Navy’s Black Sea fleet. Britain’s BBC released footage from the ship showing a Russian coast guard warning that he would shoot if the British ship did not change course.

“These aircraft posed no immediate threat to HMS Defender, but some of these manoeuvres were neither safe nor professional,” Britain’s Wallace said.

Ok, it’s not a bad plan… Mines figure into it. (WWM a candidate?)

“We can appeal to common sense, demand respect for international law, and if that doesn’t work, we can bomb,” Deputy Foreign Minister Sergei Ryabkov told news agencies referring to Moscow’s version of events in which a Russian aircraft bombed the path of the British destroyer. Ryabkov added that in the future, bombs would be sent “not only in its path but also on target.” 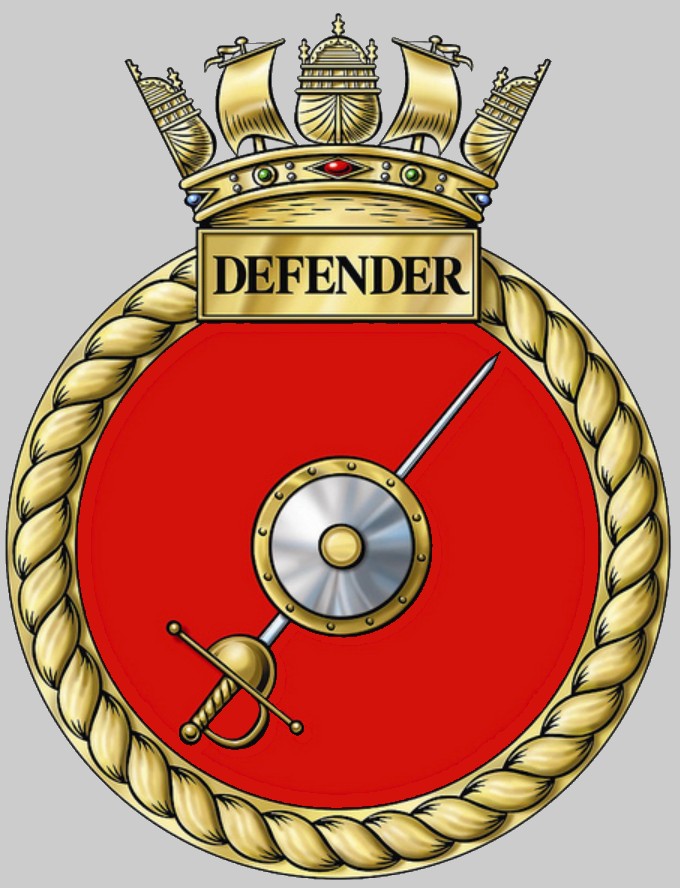 Seeking to de-escalate tensions, Prime Minister Boris Johnson said the British warship, which was travelling from the Ukrainian port of Odessa to the Georgian port of Batumi, was acting in accordance with the law and had been in international waters.

“These are Ukrainian waters and it was entirely right to use them to go from A to B,” Johnson said. British Defence Minister Ben Wallace accused Russian pilots of conducting unsafe aircraft manoeuvres 500 feet (152 m) above the warship.

Well, then he should tell the ship to sail the same route again and be shocked when his idiotic actions start World War III.

If the British are intent on starting a war, they should send more than one destroyer.

The NATO Treaty would oblige all signatory nations to pile on Russia if they attacked the HMS Defender. The right of innocent passage notwithstanding, it’s never a bad idea to check before you sail through disputed waters.

I realize that this was between the UK and Russia. When President Trump was POTUS, and not the weak, senile, Biden, I suspect that the Russians would have been more circumspect. But Jo/Ho are an international joke and the US is more preoccupied with male sailors into females and running white people out of the navy – so they have little fear.