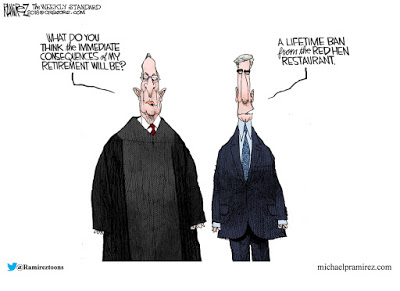 Unions argued these dues were required to cover the cost of collective bargaining, from which these people would benefit. They specifically stated they would not go to political lobbying. The court disagreed and stopped the unions. Now the same unions who claimed these funds did not go to leftist political groups are whining that they have had to drop their lobbying donations by as much as 30% — tens of millions of dollars no longer going to leftist advocacy groups.
Unhappy Palestinians
On 3 July, Palestinian leaders strongly condemned a new Israeli law that will freeze money transfers to the Palestinian Authority (PA) to punish the PA’s payments to families of those jailed for attacks.
The move threatens the existence of the cash-strapped PA and amounts to “theft,” said Saeb Erekat, PLO Secretary General. Both he and a spokesman for Palestinian President Mahmoud Abbas called it a “dangerous decision.” Abbas spokesman Nabil Abu Rudeina said the Palestinian leadership was planning a response to the move, which he said would cross “one of the red lines” if implemented.
No sane justice system in the world rewards the families of the perpetrators of the crime while supporting the criminal in jail. That is moral hazard because it incentivizes attacks—criminal behavior. The statements by the Palestinian leaders are extortion threats, which are criminal acts in any sane legal system.

So far nothing has worked for them. Now they have a new winning strategy that will win people to their cause. Hollywood and the Music Industry is joining in, just like they did with Hillary. 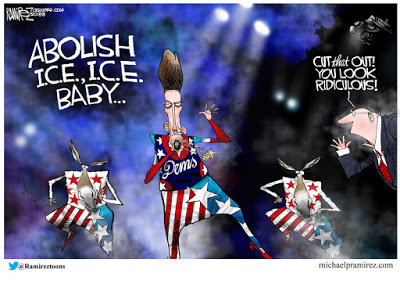 President Trump has branded himself as pro-flag, pro-America, pro-business, pro-worker, and lowered taxes. The Democrats have been forced through horrible strategy into being anti-flag, anti-America, anti-business, anti-worker, and in favor of higher taxes.
A left wing commie that I know said that he thought that President Trump would win by a landslide in 2020. I agreed with him.
President Trump has done the one thing every Republican politico in my lifetime has talked about, and none have taken any effective steps to do: convincing blacks to free themselves from the clinging darkness of the Democrat plantation of dependency and welfare-addiction and into the light of self-reliance and manhood.