End of the Week – Wrap Up 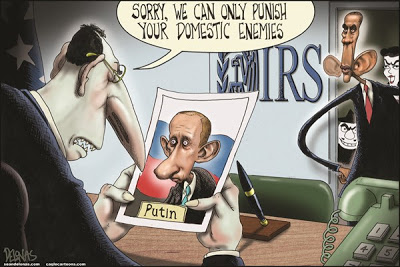 Facebook
Twitter
Pinterest
WhatsApp
Even Obama admirer Joe Klein admits in Time magazine that the president’s Syria debacle “weakened the nation’s standing in the world” in “one of the more stunning and inexplicable displays of presidential incompetence that I’ve ever witnessed.”
I don’t think that’s the last word on the subject, but it’s a great synopsis.
I wonder if there will be a display in the Obama Presidential Library where Vlad pulls down Barack’s pants in front of the whole world? Maybe Disney could work with Madame Tussaud’s Wax Museum could do some sort of animatronic thing?

What about that Weiner? I wonder if he (aka Carlos Danger) would be willing to play Obama (wearing black face) in the made for TV movie about the life and times of Barack Obama? He’s not going to be mayor of the Big Apple and I suspect that he’s looking for work.
I haven’t spoken to Weiner about it personally but I suspect that he’d be game if he could expose himself on the golf course or maybe on a play on one of the many presidential Leno show appearances? If he’s cast for the role, I demand screen credit (for casting) since it was my idea.
Colorado showed backbone throwing John Morse, the president of the state Senate, and Angela Giron out of the legislature. It’s a promising beginning, but there is more house cleaning before the electorate can rest on their laurels. I wonder how many ambitious legislators are going to push more anti-gun legislation and how many will push for repeal of the laws that were passed last session? John Morse was believed to be invulnerable because of his tenure, his position in the state Senate and the large Democratic Party majority in his district. Oooops.
The Shield Law (LA Times) that is slowly and painfully winding its way through the US Senate will apply to “real reporters”. Whether that means “mainstream media” or not is not quite clear and may be up for grabs if the matter is ever left to the courts to decide legislative intent.

“We’re closer than we’ve ever been before to passing a strong and tough media shield bill,” Sen. Charles E. Schumer (D-N.Y.) said. “Thanks to important bipartisan compromises, we’ve put together a strong bill that balances the need for national security with that of a free press.”

The final hurdle for the Judiciary Committee was defining who is a journalist in the digital era.

Sen. Dianne Feinstein (D-Calif.) insisted on limiting the legal protection to “real reporters” and not, she said, a 17-year-old with his own website. “I can’t support it if everyone who has a blog has a special privilege,” she said.

Feinstein introduced an amendment that defines a “covered journalist” as someone who gathers and reports news for “an entity or service that disseminates news and information.” The definition includes freelancers, part-timers and student journalists, and it permits a judge to go further and extend the protections to any “legitimate news-gathering activities.” 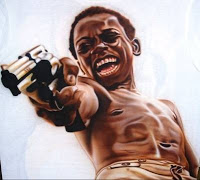 Progressives are unhappy (what else is new) with a new cellular telephone/computer application that rates the safety of various neighborhoods in America (more here). The so-called GHETTO Tracker AP lets you know whether or not you’re transiting a dangerous area.
George Zimmerman might have found this useful (see left). I think that whenever you see an inner city youth that reminds you of Barack Obama, you might consider not hanging out — do you need an ap for that?