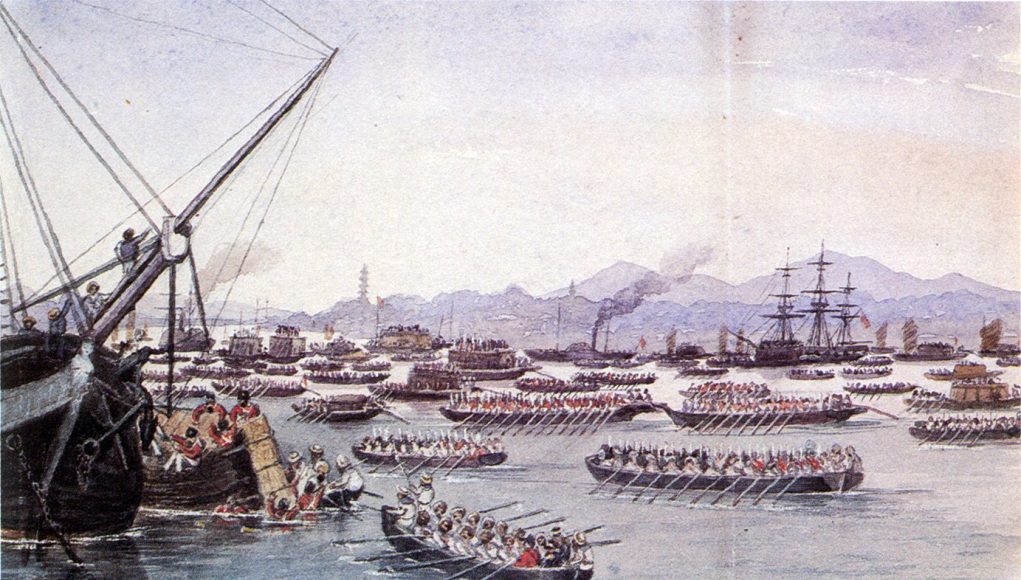 From the very beginning of the commercial relations between Britain and China, the trade balance had a noticeable bias in favor of Chinese exports. While in Europe, Chinese goods were considered exotic and a sign of chic, the policy of the emperors of the Qing Dynasty was aimed at isolating the country and protecting it from foreign influence. Thus, only one port of Guangzhou was opened to foreign merchant ships, and the merchants themselves were not only forbidden to leave its territory but to even learn Chinese.

Under such conditions, European traders had practically no opportunity to sell their goods in China, only Russian fur and Italian glass were in demand. This forced England to pay for its ever-increasing purchases of Chinese goods with precious metals (primarily silver). Trying to restore balance, the British authorities sent trade delegations to the Chinese emperors, but the negotiations were never crowned with success. By the nineteenth century, however, a product that could interest China was found. It was opium.

Despite the complete ban on the trade and use of opium in China, the British East India Company which had a monopoly on the purchase of Bengal opium since 1773, sold many tons of opium illegally but very profitably in China. By 1830, opium sales had grown to 1,500 tons. Despite the absolute illegality of this trade, it received full support from the British government, whose goal – a positive trade balance with China – was achieved in 1833.

In 1834, under the pressure of British traders from the East India Company, a monopoly on trade with China was taken, which led to a new opium sales boom, and in 1835 opium accounted for 3/4 of China’s total imports; Imported opium was smoked by more than 2 million people. In 1838, the volume of opium sales amounted to 2,000 tons, while millions of Chinese of all strata and classes were involved in drug use. According to contemporaries, from 10 to 20% of the capital and from 20 to 30% of provincial officials became drug addicts; in some institutions, from 50 to 60% of all officials dealt with this. Among the soldiers and officers, smoking opium had become a general phenomenon. 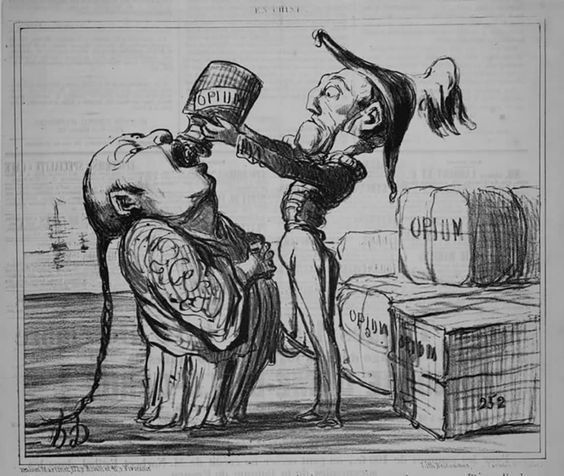 After the cancellation of the monopoly of the East India Company, the British merchants in Guangzhou united and established their Chamber of Commerce, headed by J. Matheson, a major opium trader. Matheson, representing the traders, immediately went to London to seek a forceful solution to the problem of the Chinese market. The activity of English commercial capital in China had sharply increased. The English bourgeoisie insistently demanded that the government take effective measures to scrap the “isolation” of China and seize an island off its coast as a stronghold of free commerce.

Business circles in London increasingly pushed for a military solution to the “Chinese question”. It was decided to conduct a cartographic, commercial, and military reconnaissance of the “closed” Chinese coast. This task was entrusted to the Guangzhou Council of the East India Company, which at the head of the expedition put the supercargo H. Lindsay. This ship, following from Calcutta to Japan, allegedly deviated from the course due to bad weather and was forced to walk along the coast of China from one “closed” port to another. Despite all the prohibitions of Beijing and the protests of local authorities, the expedition of Lindsay fulfilled its task. She explored the ports of Xiamen, Fuzhou, Ningbo, and Shanghai, and then visited Taiwan.

In the summer of 1834, Lord William Napier, appointed chief inspector of English trade in China, arrived at the territory of the British trading post near Guangzhou. Napier was, on the one hand, to study the prospects for British trade in China and gradually to establish diplomatic relations with Beijing, and on the other in order to continue the exploration of the coast in case of war, without interfering in the affairs of opium smuggling.

Despite the fact that England sent Napier as its trade and diplomatic representative, from the Chinese point of view, he was only a representative of the English merchants, that is, he was of a very low rank to communicate directly with the governor of the Son of Heaven. This largely predetermined the failure of Napier’s mission. His letter to the governor of Liangguang was returned, and in response to the refusal to rewrite the letter, the Qing side demanded the removal of the “impudent” from Guangzhou. The reluctance of Napier to obey led to the expulsion of Chinese personnel in August and September 1834 from the British trading post, the cessation of food supplies, and the trade embargo. The conflict grew rapidly.

When the Qing army blocked the factory from the land, the British landed there and sailed two frigates into the mouth of the Sijiang River. Chinese coastal batteries opened a barrage. The hardness of the Qing side, and the fear of provoking an armed conflict and thereby permanently disrupting the commerce of its compatriots forced Napier to leave Chinese territory, after which the authorities of Liangguang resumed trading.

In late 1836 – early 1837, there was a new aggravation of Anglo-Chinese relations in Guangzhou. Beginning in 1837, England began to constantly keep its ships in the coastal waters of the province of Guangdong. By the end of the 1830s, the situation in the south of China was becoming more and more heated. The London cabinet, including Foreign Minister Henry Palmerston, was finally inclined to the power option of “opening” the Chinese market. Only a more or less convincing reason was needed.

21-30 May 1841 marks the 2nd Battle of Canton in the 1st Opium War when Sir Hugh Gough’s 6,000 men of the British East India Company defeated Commanders Yishan & Yang Fang’s 45,000 Qing soldiers. On 21 May, a Qing ambush on EIC forces north of Canton failed. By 02:00 24 May, Gough’s forces gathered in 2 columns. The right column comprised 330 men of the 26th Foot & Madras artillery, covered by naval artillery. They had been ordered to attack 13 Factories southwest of Canton. They reached them by 17:00.

The left column comprised 700 men of the 49th Foot, 37th Madras Infantry & Bengal Volunteers & 380 Royal Marines. They landed at Tsing-Poo, northwest of Canton, after dusk. Gough, landing with them, noted, “The heights to the north of Canton were crowned by 4 strong forts & the city walls, which run over the southern extremity of these heights, appeared to be about 3 miles & a half distant.” The 2 west forts bombarded him. At 0:300 22 May, he set up a battery of rockets, 2- 5½” mortars, 2- 12 pounder howitzers & 2- 9 pounders.

Under this cover, the left column would attack the nearer east fort. The Royal Irish & Marines covered their flank. A sailors’ brigade would attack the 2 west forts. A Qing sally forced Gough to detach the Marines. All 4 forts fell in 30 minutes. A bombardment of Canton itself was now possible. 4,000 Qing attacked northeast of Canton. The 49th repelled them. On 25 May, Yang Fang led the 2nd attack. The 49th & Royal Irish routed them, burned their camp & destroyed their magazines.

On 26 May, a white flag halted Gough’s assault. Canton surrendered on 27 May. Qing forces retreated on 28 May. On 29 May, 10,000 Chinese locals, outraged by Qing laxness & EIC behavior, rebelled. In the so-called “Sanyuanli Incident,” several EIC men were killed or wounded. In all, Gough lost 15 dead, and 112 wounded. The Qing lost 1,000 dead, 3,000 wounded & much face with its subjects. Severe unrest & nationalistic sentiment plagued the rest of its rule.

All this set up the Second Opium War.