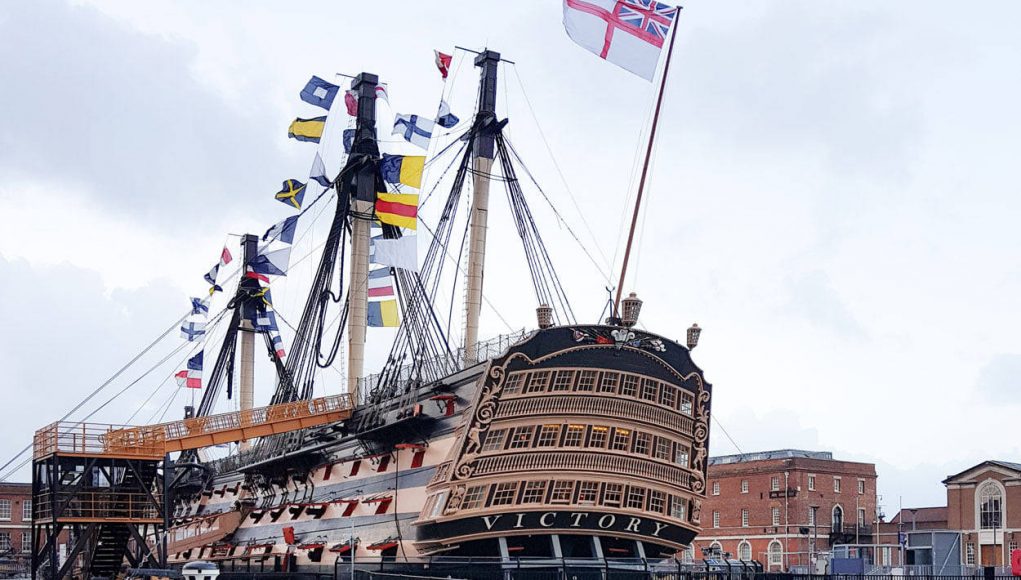 “England expects that every man will do his duty” the Victory with the famous signal at the Battle of Trafalgar, 1805

(comment from another forum where I wrote of Nelson) How dare you spend today talking about the Battle of Trafalgar or whatever when everyone knows that October 21st is really International Credit Union Day and National Shakeout Earthquake Drill Day! Shame I say, shame!

(reply) Then get a loan and stand in the doorway for a while. Meanwhile, I continue to reminisce about the past, drink a good brandy and think of Nelson. Have a nice day if you’re able.

The Lady of Trafalgar

When during the battle of Trafalgar the boats went out to collect possible survivors, the crew of the HMS Pickle’s boat didn’t believe their eyes as they fished a naked woman out of the water. 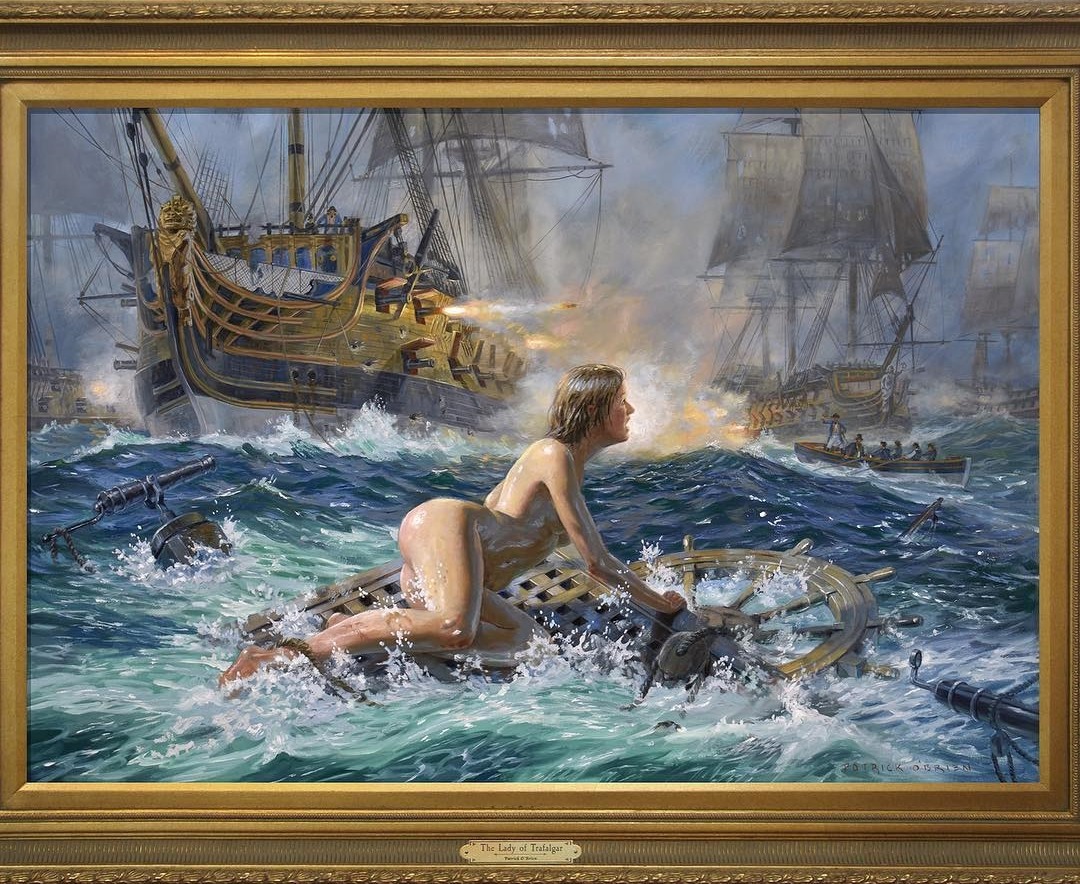 Lady of Trafalgar by Patrick O’Brien, 2019

“Among those who were thus preserved from a watery grave was a young Frenchwoman who was brought aboard our ship in a state of complete nakedness.

Although it was in the heat of battle, yet she received every assistance which was at that time in our power; and her distress of mind was soothed as well as we could; until the officers got to their chests, from whence they furnished her with needles and thread to convert sheets into chemises and curtains from their cots to make somewhat of a gown and other garments so that by degrees she was made as comfortable as circumstances would admit; for we all tried who would be most kind to her”.

It turned out that the young woman concerned was a survivor of the French Achille and was the wife of one of that ship’s crew who could not bear to be separated from him when he was ordered to sea. Disguising herself as a boy, she had entered the ship with him and had served at his side until she was told that he had been killed during the battle. Her reaction to his apparent death gave her away. 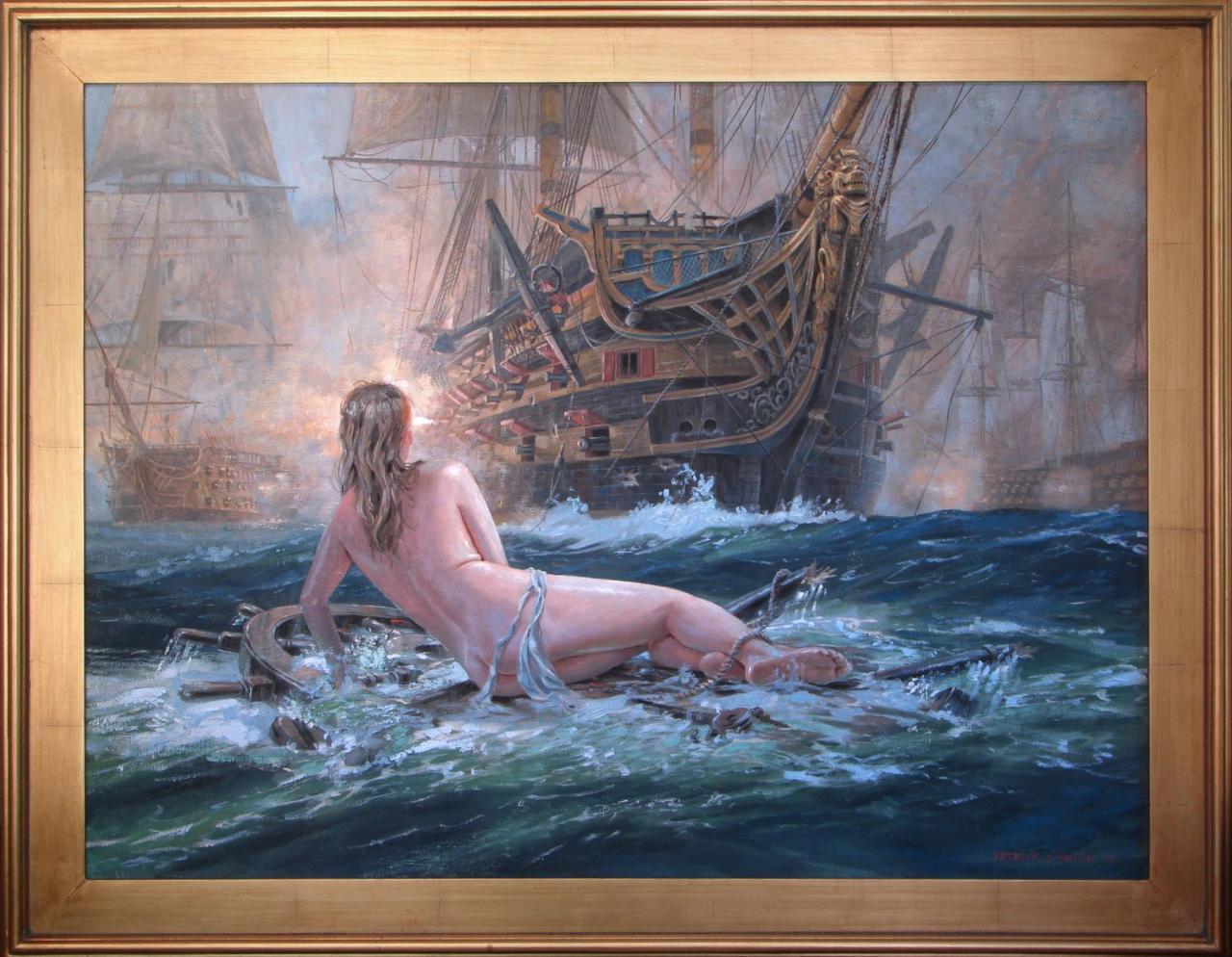 The rescue of the Frenchwoman was described by Captain Moorsom in a letter to his father dated 4th December 1805:

“When the Achille was burning, she (Jeanette) got out of the gunroom port and sat on the rudder chains till some melted lead ran down upon her and forced her to strip and leap off. She swam to a spar where several men were, but one of them bit and kicked her till she was obliged to quit and get to another which supported her til she was taken by The Pickle and sent on board the Revenge. Amongst the men she was lucky enough to find her husband. We were not wanting in civility to the lady. I ordered her two Purser’s shirts to make a petticoat; and other of the officers found something to clothe her*; in a few hours, Jeanette was perfectly happy.”

*One of Revenge’s lieutenants gave Jeanette a length of blue sprigged muslin he had intended for his wife and the Chaplain gave her a pair of his old shoes. Jeanette, originally a dressmaker, quickly made herself a jacket and dress in the Flemish fashion. Additionally she was given a blanket, two pairs of white stockings and two silk handkerchiefs.

Anecdote at the Battle of Trafalgar,

Each of the officers in HMS Revenge gave the woman a silver (Spanish) dollar and when the ship limped into Gibraltar after enduring the storm which followed the battle, the woman and her husband were put into a Cartel ship that took them both to Spain.