Drilling Down on Fake News 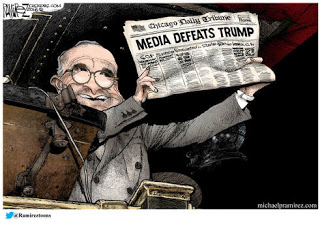 Facebook
Twitter
Pinterest
WhatsApp
Should the Corrupt Mainstream Media be Considered to be
ENEMIES OF THE STATE?
(NY Post) CNN on Monday walked back an “exposé” on Attorney General Jeff Sessions that turns out to have exposed nothing, except maybe the network’s own bias.

The original report back in May blared that Sessions hadn’t listed those two meetings with Russia’s ambassador on his FBI disclosure forms prior to his Senate confirmation hearings. Now CNN admits that the FBI told Sessions not to list any of his dozens of meetings with other countries’ diplomats as part of his senatorial duties.
To be fair, the May story did note the Sessions camp’s claims about the FBI’s guidelines. But it also quoted a Beltway “expert” as saying that Sessions should’ve listed every meeting anyway.
What forced CNN to “clarify”? A right-wing group’s Freedom of Information request produced an FBI e-mail from March that proved Sessions right.
The misleading May report became part of the litany of alleged Team Trump deception on its Russia contacts, showing up in The Atlantic as well as stories for ABC News, Buzzfeed, the Huffington Post and so on — all “confirming” Sessions’ supposed lack of candor in his verbal testimony.
Monday’s ’fess-up follows last week’s stunning CNN retraction of an incorrect report that WikiLeaks informed Donald Trump Jr. of dirt before releasing it publicly. 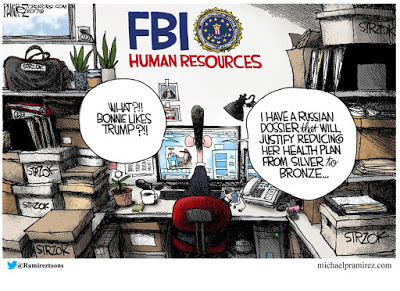 CNN (among others) plainly needs to start asking more questions when partisan sources hand it “bombshells” that seem to confirm the now-very-thin “collusion” narrative.
You’ll note that the FBI told Sessions to do one thing in regard mandatory reporting and then when the corrupt, evil, lying, smug, sneering, sly mainstream media began to crucify the Attorney General in the court of public opinion, they stood by AND-SAID-NOTHING.