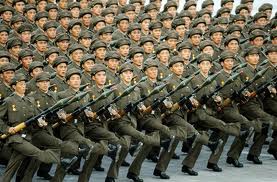 The situation in the Democratic People’s Republic of (North) Korea is becoming dire and with that political instability comes the increased possibility of war on the Korean Peninsula. A land war in Korea is a winter war scenario. During summer months the valleys are flooded with planting and are impassable and roads/bridges are likely to be demolished. So once the land is firm and cold, the tanks and trucks can roll.
Background: North Korea’s attack on a South Korean island appears to be tied to the leadership succession, a top U.S. military official said Wednesday, as the elderly and frail Kim Jong Il prepares to hand control of his regime to his 27 year old son, Kim Jong-un.  (READ MORE ON FOX NEWS)
The President of the United States, no matter who it is, never gets to make easy choices in foreign policy. The North Korean attack on sovereign South Korea presents nothing but very tough choices. While the Army is fighting two wars on land, the Navy is being called to the northwest Pacific ocean to keep the peace.
Driven by a near-recessionary economy the President has made a move attempting to portrait a mood of calm in this situation. Nobody wants the stock market to tank on fears of another land war in Asia. That is probably wise, but if things do not go as planned over the next week or so the result COULD be a political catastrophe for the United States. 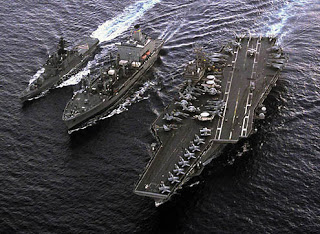 The United States is exercising gunboat diplomacy by sending a remarkably well armed naval task force into the Yellow Sea. The move is intended to provoke a reaction from China. China feeds North Korea, and North Korea can not survive without Chinese support. That support dates back to the Korean war in the 1950’s.
This is a game of chicken with the childish North Korean leadership that acts out in temper tantrums when they want something – and right now North Korea wants many things. This is also a game of chicken with the Chinese. China has repeatedly warned the US of consequences for moving an aircraft carrier into the Yellow sea, and many Generals have made threats including advocacy in editorials that China should strike with military power should the United States should a carrier move into the Yellow Sea. It is one thing to play chicken with a spoiled brat, and quite another to play chicken with China.
By making this move, the US is changing the issue from one of a skirmish to one of an out of control belligerent state in need of a spanking, and we are focusing the worlds attention towards China and demanding they wield the paddle. Whether the Obama administration is being smart or stupid depends on the results. If the US wants to scare China, President Obama needs to wield the option of allowing South Korea and Japan to go nuclear like North Korea. Because North Korea will not give up their nuclear weapons, China is will not control their buffer state without a military of more nuclear weapons pointed tentatively in their direction.
The naval exercise in the Yellow Sea has been put off until Sunday. The US is giving China time to condemn North Korean aggression, thus take the lead and reduce the need to move the naval armada into the Yellow Sea.
2010 has been a brutal year for Chinese prestiege and the recent skirmish between North and South Korea appears poised to further discredit China with their neighbors in the region. The US believes/hopes that China might act responsibly, allowing America to offload some of the worlds concern for responsibility on Chinese leadership. The Chinese leadership is unlikely to take the opening because of ego and prestige issues. China is unlikely to attack the USS George Washington Carrier Strike Group and start a war with the United States over this issue, but China will have an asymetrical response. 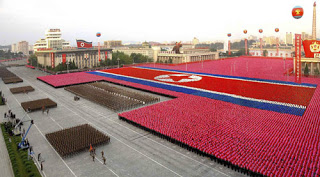 The Obama Administration’s move harkens to March 2006 when then President Clinton ordered the Nimitz and Independence battlegroups to sail through the Taiwan Strait. The consequence of that move was a vow by China of “never again”. The unintended consequence of Clinton’s policy decision has been the most remarkable modernization in human history of the worlds largest Army, Navy, and Air Force. In less than 14 years, China’s military has essentially jumped 2 generations of combat capability.
The Obama administration’s policy is to follow South Korea’s lead politically but position the US to lead militarily with a show of force. The political signal is to maintain the peace, but respond with strength. That means South Korea will update Rules of Engagement, reinforce military positions in vulnerable areas, and ask for the US for assistance in pressuring China into reigning in North Korean belligerence.
Stand by for the Chinese reaction.