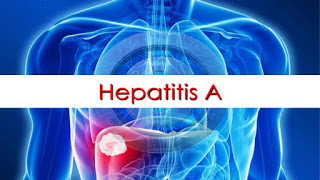 Facebook
Twitter
Pinterest
WhatsApp
The World Should Have Ended
Religious scholars predicted the end of the world yesterday. Since you’re reading this blog, they were wrong. However, ‘your’ world can end at ANY TIME. Repent now. (how’s that for a sermonette?)
Even under the Sword of Damocles it’s difficult to get through life.
Hep A
There are two epidemics of hepatitis A in Southern California that I’m aware of. One exists in the hobo jungle on the borders of the Cities of Orange and Anaheim, near Angel Stadium. This is a place where the city fathers handed out tents to vagrants and suggested that they set up a permanent homestead with the whole sanctuary city thing in mind. Over a thousand people live there. The reports vary, but somewhere close to 50 people have come down with the illness.

The second epidemic is in San Diego (Sandy Eggo) and it’s much worse. San Diego has declared itself a sanctuary city and is building massive tent structures in the parks to house and feed thousands of vagrants at taxpayer expense. The low-lifes crap everywhere despite the presence of portable toilets and that’s led to hundreds of cases of Hep A according to the public health people. San Diego declared a health emergency last week.
Both Anaheim and San Diego have begun hosing down the area with bleach and other chemicals designed to kill the Hep A that resides on the ground  (where vagrants sleep) as a result of careless scat deposits. Progressive? You bet!!
Poverty in America
We talk of a ‘safety net’, and that progresses to ObamaCare, which progresses to a collectivist society and then we’re some place like North Korea where everyone starves and somewhere around 1% live lives of vast luxury. Finding balance in the larger picture in any nation seems illusive.
I’ve been able to live a generally prosperous life, but I still help out the younger two of four children and within my extended family there are people in genuine need. There are a number of people I know outside of that family circle who are in need – some in desperate need. I help where I can but “I” clearly can not shoulder everyone’s financial burden. Yet you want to, don’t you? It’s that desire to reach out and lift people up – that utopian dream – that drives so much of the misguided efforts in America.

People of conscience want to help.

Governments twist so much of that into a vote-buying activity and it is destructive to the noble effort to lift people up. Helping who we can with what we can, where we can and realizing our capacities and limitations is about all we can do. The more government taxes us, and wastes the money, the less capacity we have as individuals to do anything.

In California, they tax everything, from turning on a light to taking out the trash in the hopes of redistributing wealth – and building tent cities where the murder rate is off the charts. Will they start turning the murdered into Soylent Green? Don’t put it past them.

I received that annual Social Security Administration statement last week. The machine personalized tabulation said that I would be eligible to receive a monthly stipend of $XX at age 62, a larger amount at age 65, etc. You all get these. There is a small caveat now in place that advises that if you receive a government pension, you’re not eligible to receive cash, but you can still enroll in Medicare.  I said to myself, “well isn’t that special?” I paid in to SSA just like the rest of you, but they made a decision for me. No, I wasn’t relying on Social Security and whether I receive it or not, will not make me or break me — but I paid in. Now it won’t pay out.  It’s a portent of things to come because that ponzie scheme will not last. Clearly when we’re now over $20 trillion in debt as a nation and some socialist paradises like California, New Jersey and Illinois are so far upside down that they are likely never to recover. The bubble will pop for everyone. It’s just a matter of time. I’m not a doom and gloom guy, but I can read the tea leaves. Do we have a decade left? Maybe. Maybe more? I can’t drill down and say.
“California just passed a law to force 7.5 million private sector workers to pay into the state retirement system. In this, the Golden State joins Illinois, Connecticut, Massachusetts, Oregon and Maryland.” (read more here on Bayou Renaissance Man’s blog) “Illinois’ pension debt estimated at $77,822 per household according to the Stanford Institute for Economic Policy Research Pension Tracker website.”

We the people can crash the robust American economy, but it takes a lot of work and concentration to pull it off.