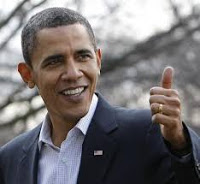 Some contend that the news is boring.
Same old news, different day.
The progs (led by the old, fat, crone) are howling that white people are deplorable and now “unbearable”. Ghetto blacks are burning their neighborhoods in NC and OK because a black officer shot a black thug. Other blacks are coming from hundreds of miles away to loot because there are no consequences to theft and mayhem. Muslims are setting bombs in New York City. The economy is in the tank with another 1% growth, at best, in 2016 predicted. Unemployment is dismal unless you look at the Department of Labor’s statistics, which are bent, and then things look fine. And Barack is happy with all of that.
Futility 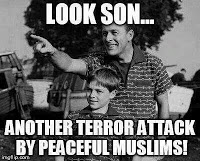 There is a futility that comes with blogging about Muslim attacks on innocent people who are unable to defend themselves in support of their “peaceful faith”. They come often. Every time a bomb is set off or a guy in a truck runs down hundreds of people celebrating independence or some whack job screaming Allah Akbar runs through a shopping mall hacking up people with a meat cleaver, we hear the story without the accompanying narrative that, “it’s another Muslim doing what Muslims are prone to do.” Political leaders like Barack and Hillary lash out at people who “are quick to judge”, but inevitably, it’s another Muslim. 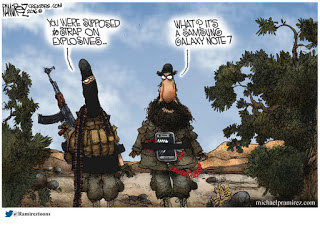 The balance of trying to keep a country where freedom of religion is intact and managing the Islamic threat (yes, 26% of Muslims in America age 15-30 who were surveyed, felt that suicide bombing Americans was the right thing to do) is challenging.
The Muslim terrorists in the Boston Marathon Bombing, the Miami Nightclub Slaughter and this most recent attack in New York and New Jersey underscore that the subjects were known to law enforcement. In this most recent attack, the “lone wolf” (not really but that’s how the media paints him) was denounced to the FBI as a radical Jihadist bent on conducting a terror attack. And yet, the scrutiny that these freaks deserved wasn’t present.  The JTTF’s aren’t just the FBI, they include a wide range of law enforcement people.
Sitting back and watching all this be reenacted over and over again is frustrating.
Black Lies Matter
Yes, it’s the same and not the same. The scenario runs like this: A police encounter with a an armed individual or with an unarmed but dangerous individual ends in the officer ending the suspect’s life. Sometimes the officer is white, sometimes another race, but that’s never an issue. Within minutes, riot organizers are working the community to get the social justice narrative moving. They are aided by CNN (the Clinton News Network) and others in getting black people into the street to loot. The looting is tolerated by police because they are black.
Somewhere in America’s Heartland in a single-wide trailer:
“Look Mable, it’s another negro riot (on TV).”
It might backfire on the media, which is largely not trusted in America. It becomes just another dog-bites-man story that nobody cares about beyond the police who need to put down the riot and the social justice warriors who PROFIT from the riot. Eventually you’ll see the ratings dip because it’s just another bunch of ignorant savages doing what they do…?
Lawlessness
The rule of law is the glue that binds the nation. This year we’ve seen that flaunted by the person running to lead the nation, and tolerated by the media who shields her. The pendulum needs to swing back the other way. Many people see that and it’s why Donald Trump won the Republican nomination — and why he is now tied or better to be president, though the election of Trump is not a foregone conclusion.