Does the Libyan Revolution Matter?

The Obama Administration did not sell the Libyan operation to the American people and didn’t explain why we were going to war there. Barack Obama may consider launching 100 fire-and-forget cruise missiles to be his contribution to a token effort because President Sarcozy (France) shamed him into helping, but the American people demand more. Failing to explain ‘why’ to the American people and to Congress has met with a generally negative reaction toward Obama across the political spectrum because the Obama regime failed to tell the people that Libya matters to the United States not for its oil or intrinsic importance, but because it has been a key part of the rapidly evolving transformation of the Arab world. 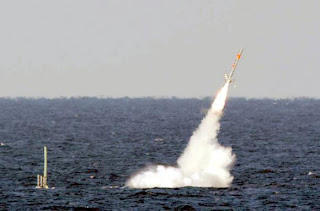 For Arab protestors and regimes alike, Gaddafi’s bloody response to the emerging Libyan protest movement has become a litmus test for the future of the Arab revolution. If Gaddafi succeeded in snuffing out the challenge by force without a meaningful response from the United States, Europe and the international community then that would have been interpreted as a green light for all other leaders to employ similar tactics. The stakes for the US couldn’t be higher, but the current US Administration seems to consider it an annoyance at best – a distraction from endless vacations, and from political wrangling at home.

Libya’s degeneration from protest movement into civil war has been at the center of the Arab public sphere for the last month. An enormous number of Arab activists and protest organizers and intellectuals from across the region  have said that events in Libya would directly affect their own willingness to challenge their regimes.

The US should not ignore the powerful place which Libya occupies in the emerging Arab transformations, and how the outcome there could shape the region’s future. Failure to act on our part emboldens brutality across the region, and leaving Qaddafi in place to wreak great harm is not in the American national interest.
The Arab world is changing and dictators are dropping like flies across Arab North Africa. The Obama Administration may not see or understand the central role that the US must play as the glue that holds European coalitions together – or maybe Obama simply doesn’t care (the links seem to call to him). Failure of the US to assume a central role will result in more human suffering and enduring dictators like Gadhafi – who should have been removed from power when they sponsored terrorist acts against the US decades ago.