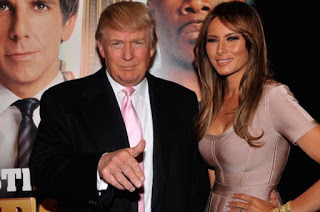 Facebook
Twitter
Pinterest
WhatsApp
If you read this blog, you’ll understand that I have considered Donald Trump the most likely to win and all in all, the best candidate in the presidential field. There are many who are put off by Trump’s manner, but he wins because he is a populist, not a doctrinaire and that puts off many. He’s also not a creature of the mainstream GOP and owes them nothing and that makes them fearful. His foreign policy doctrine is still forming and refining as are a number of other policies and concerns a lot of people including some of my fellow bloggers.
Most Americans have never read the Constitution. Many Americans have never left the country. Most of our number understand foreign policy vaguely, having listened to the mandarins who bet wrong on Trump and as Trump suggests – pursued the policy that cost us $4 trillion in the Middle East and a lot of blood, with nothing to show for it.
Will Donald Trump read the Tenth Amendment and ponder its meaning. Will he shrink the federal government (outside of the military) by roughly 50%? He hasn’t said. I don’t know if he thought about it. Making America great again means cutting federal departments with a meat axe. Domestic issues are largely the prerogative of the states. Let them worry about most of that. Let them tax and spend as their constituents wish. If there is a dispute between the states, that is a federal government issue. I could enumerate what I would cut if I were Prez, but that’s not the point. It’s what does Trump have the guts to cut. Or will he be another Bush – a big government type who will swell the size of the bureaucracy?
If you listen closely to what Trump actually says, he says the right things. Muslim immigrants to the US are a potential threat and perhaps the law has to be changed to reflect that understanding. It doesn’t mean that all Muslims or bad, but why allow them to immigrate here when we don’t have but to look to the problems in Europe to understand that Trumps instincts are correct.
Mexico has a wall, well patrolled, along its southern border. For the past thirty years, Mexico’s single biggest problem was illegal immigration from the south. Look at the illegal immigrants who swarmed into Mexico City as an example. The Trump Wall is a good idea. Controlled guest worker programs and immigration is a good idea. It’s not anti-Mexican.
The Trump doctrine is evolving and it remains to be seen how it will look when it’s in place. The fearful GOP will fall in line and will come to understand that having a president who wants to make America great again can be a good thing. Having a tepid pussy like Jeb Bush would not be.
I may diverge from Trumpian philosophy at some point, but we don’t precisely know how he would apply his unique take on things to American problems. Neither did we know what Obama would do – or Bush, and Clinton evolved more than any of them. Presidents do that.

Jeb! tweeted that he wouldn’t vote for Donald Trump in November. When you consider that while Jeb! was busy running attack ads on Trump to the tune of $100 million, Trump spent under $1million on his campaign and ran no attack ads on Jeb!  Jeb Bush had his pants pulled down around his ankles again and again on national television while he continued to spend money and Trump continued to win. I don’t blame Jeb! for having tough feelings toward Trump…he needs to go to the country club and drown his tears in a vodka gimlet, make it a triple. Poor little rich kid.

Marco Rubio is trying to get a vice presidential slot. So is Newt Gingrich. And so is John Kasich, but his feelings are still hurt that so few people voted for him. You may not know this but his dad was a mail man. Trump’s instincts have been good so far. We shall see who he picks.