Dispatches from The Sandbox 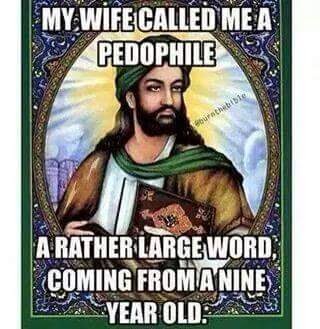 Facebook
Twitter
Pinterest
WhatsApp
A dispatch from AIR FORCE ONE. Mystified aircrew have had sub rosa conversations with non-air crew asking why the President of the United States, Leader of the Free World and Commander-in-Chief would drop to the deck of the aircraft five times daily and shout aloud the words, “Aloha snackbar!” For a long time, these US Air Force crew members ascribed it to the President’s longing to be back in his adopted State of Hawaii.

From MOHAMMED himself, in his own words, his name be praised, his camel not be named because she is a LIAR. Don’t listen to a word the camel says.
(h/t Charlie Hebdo)