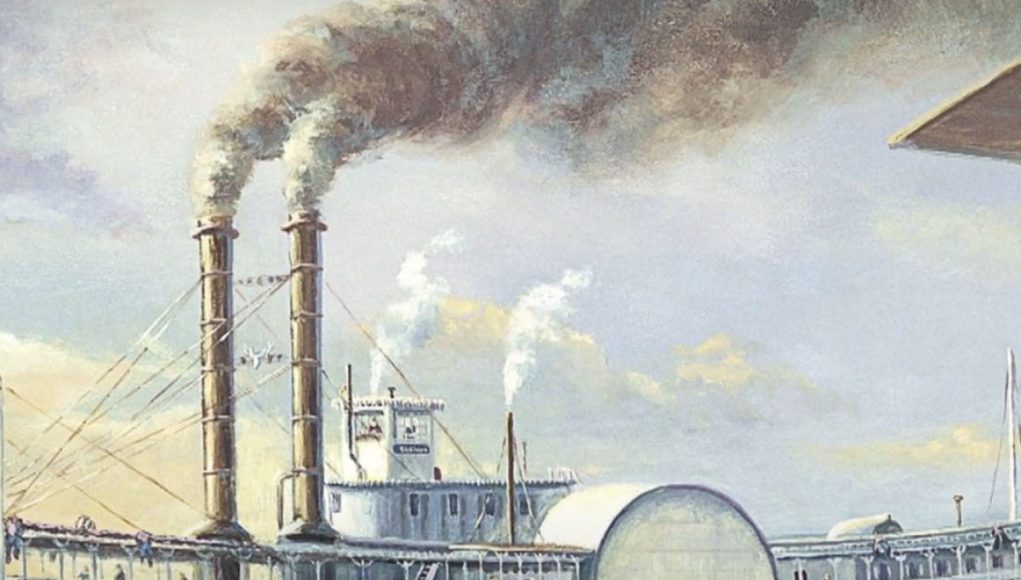 Destruction of the Steamboat Sultana: The Worst Maritime Disaster in American History, by Gene Eric Salecker 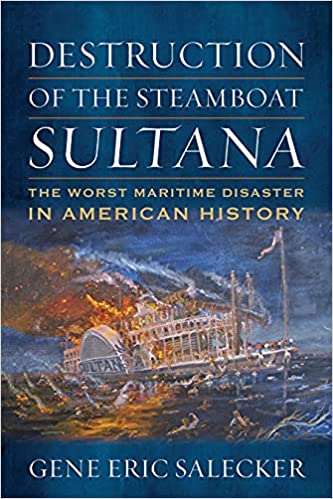 I recently read this book and beyond the discussion of the tragedy associated with the explosion that led to the loss of 1200 lives, I learned a lot about the steamboats that sailed the Mississippi and its tributaries in the mid-1800s.

Before I read the book, all I could tell you of side-wheel riverboats was that they had flat bottoms, had a deck for engines and cargo and an upper deck for passengers and that the rivers of today were nothing at all like the rivers they cruised. Many steamboats had relatively short lives because they caught fire, were damaged by ice, run aground, struck snags, and sank or were involved in the war. They were very profitable in good times and suffered at others. 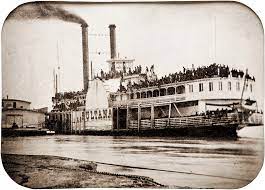 The Sultana was a sidewheel Mississippi steamboat carrying almost two thousand recently-released Union prisoners of war back north at the end of the Civil War. At 2:00 a.m. on April 27, 1865, when the boat was seven miles above Memphis, her boilers exploded.

Because she carried released/paroled Union prisoners of war, there were the inevitable conspiracy theories blaming the confederates. I suspect that had I been alive then, I might have succumbed to considering that possibility myself.

The investigation of the boiler explosion then and now pointed to metal fatigue in one of her boilers that exploded, setting off the explosion of two more and leaving one intact for examination. The grossly and unsafely overloaded Sultana disaster magnified the tragedy and the numbers of dead and mauled.

Gene Eric Salecker did an outstanding job framing the tragedy,  exploring the effect, and looking for the cause.  The book is the result of twenty-five years of continued research. Many people survived the disaster including civilian passengers, paroled prisoners, crewmembers and rescuers. There were many myths that grew up around this maritime disaster. Reading the book took me through those last fateful moments of the disaster and the tragic aftermath.

I highly recommend this 528-page book to those of you who have an interest in this topic.

Available from the Naval Institute Press and from Amazon