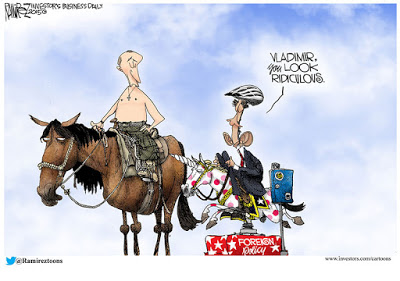 It’s humiliating to have a president who always does the wrong thing no matter what. The “screw ups” if that is what they are, happen with such predictable regularity, that it’s difficult to believe that they are not contrived.
We live in a dangerous world and we need somebody at the helm who has the guts to make tough decisions and who will surround the presidency with hard people capable of making hard choices. I think that Fiorina and possibly Trump can do it. Rubio — too much of a puss. Carson has the capacity but it will take some time to get him up to speed.
Clearly Obama, even after seven years, is not ready for prime time.