The missing dark matter in certain galaxies can be explained by the effects of tidal disruption: the gravity forces of a neighboring massive galaxy, literally tearing the smaller galaxy apart.

In 2018 an international team of researchers using the NASA/ESA Hubble Space Telescope and several other observatories uncovered, for the first time, a galaxy in our cosmic neighborhood that is missing most of its dark matter. This discovery of the galaxy NGC 1052-DF2 was a surprise to astronomers, as it was understood that dark matter is a key constituent in current models of galaxy formation and evolution. In fact, without the presence of dark matter, the primordial gas would lack enough gravitational pull to start collapsing and forming new galaxies. A year later, another galaxy that misses dark matter was discovered, NGC 1052-DF4, which further triggered intense debates among astronomers about the nature of these objects.

Now, new Hubble data have been used to explain the reason behind the missing dark matter in NGC 1052-DF4, which resides 45 million light-years away. Mireia Montes of the University of New South Wales in Australia led an international team of astronomers to study the galaxy using deep optical imaging. They discovered that the missing dark matter can be explained by the effects of tidal disruption. The gravity forces of the neighboring massive galaxy NGC 1035 are tearing NGC 1052-DF4 apart. During this process, the dark matter is removed, while the stars feel the effects of the interaction with another galaxy at a later stage.

Until now, the removal of dark matter in this way has remained hidden from astronomers as it can only be observed using extremely deep images that can reveal extremely faint features. “We used Hubble in two ways to discover that NGC 1052-DF4 is experiencing an interaction,” explained Montes. “This includes studying the galaxy’s light and the galaxy’s distribution of globular clusters.” 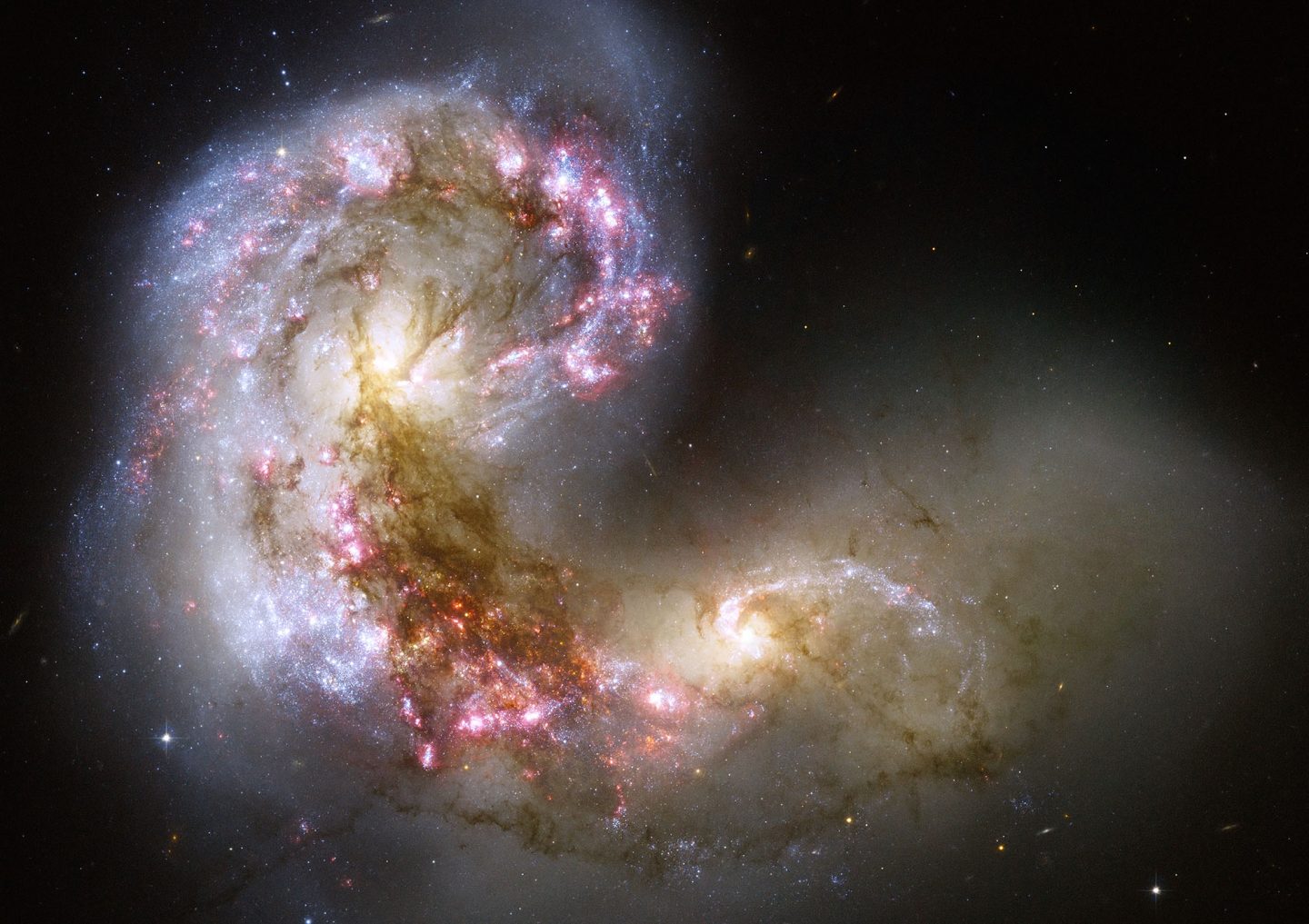 Thanks to Hubble’s high resolution, the astronomers could identify the galaxy’s globular cluster population. The 10.4-meter Gran Telescopio Canarias (GTC) telescope and the IAC80 telescope in the Canary Islands of Spain were also used to complement Hubble’s observations by further studying the data.

“It is not enough just to spend a lot of time observing the object, but a careful treatment of the data is vital,” explained team member Raúl Infante-Sainz of the Instituto de Astrofísica de Canarias in Spain. “It was therefore important that we use not just one telescope/instrument, but several (both ground- and space-based) to conduct this research. With the high resolution of Hubble, we can identify the globular clusters, and then with GTC photometry we obtain the physical properties.”

Globular clusters are thought to form in the episodes of intense star formation that shaped galaxies. Their compact sizes and luminosity make them easily observable, and they are therefore good tracers of the properties of their host galaxy. In this way, by studying and characterizing the spatial distribution of the clusters in NGC 1052-DF4, astronomers can develop insight into the present state of the galaxy itself. The alignment of these clusters suggests they are being “stripped” from their host galaxy, and this supports the conclusion that tidal disruption is occurring. 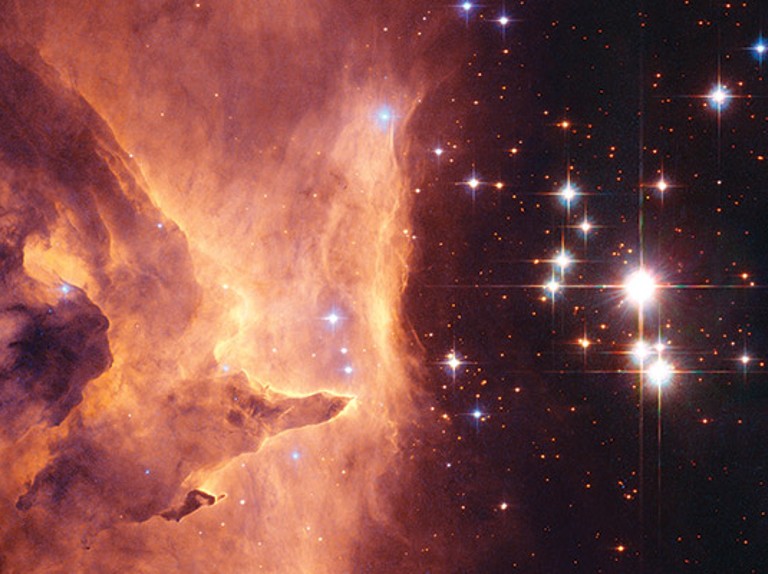 By studying the galaxy’s light, the astronomers also found evidence of tidal tails, which are formed of material moving away from NGC 1052-DF4. This further supports the conclusion that this is a disruption event. Additional analysis concluded that the central parts of the galaxy remain untouched and only about 7% of the stellar mass of the galaxy is hosted in these tidal tails. This means that dark matter, which is less concentrated than stars, was previously and preferentially stripped from the galaxy, and now the outer stellar component is starting to be stripped as well.

“This result is a good indicator that, while the dark matter of the galaxy was evaporated from the system, the stars are only now starting to suffer the disruption mechanism,” explained team member Ignacio Trujillo of the Instituto de Astrofísica de Canarias in Spain. “In time, NGC 1052-DF4 will be cannibalized by the large system around NGC 1035, with at least some of their stars floating free in deep space.”

The discovery of evidence to support the mechanism of tidal disruption as the explanation for the galaxy’s missing dark matter has not only solved an astronomical conundrum, but has also brought a sigh of relief to astronomers. Without it, scientists would be faced with having to revise our understanding of the laws of gravity.

“This discovery reconciles existing knowledge of how galaxies form and evolve with the most favorable cosmological model,” added Montes.