The Government of the United States has failed the people in a number of ways. And I’m not singling out any particular administration here. The failed policy of protecting America’s borders has come to the point where courageous citizens of Arizona have mirrored the federal law regarding illegal immigration and incorporated it into their body of law. 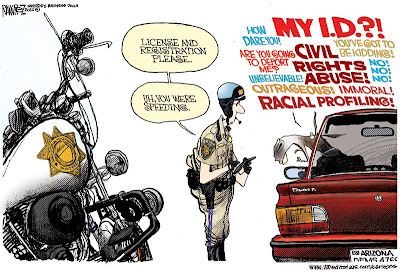 And the Democrats are fuming.

The answer is not all that difficult. The Federal Government has an unambiguous responsibility to PROTECT America’s borders. And if they won’t do it, The People will.