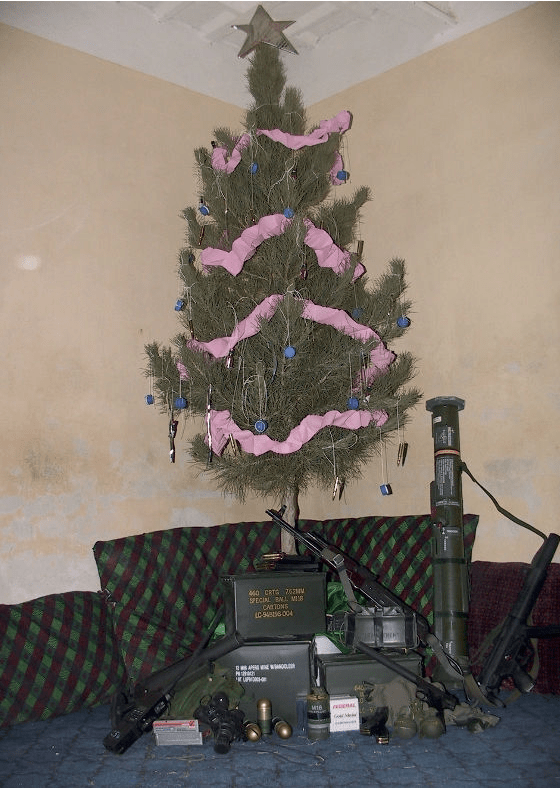 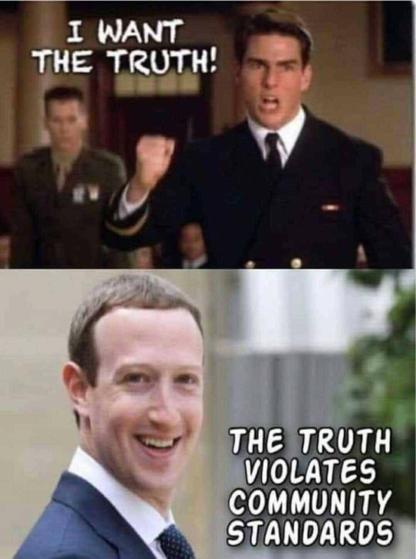 The nearest foreign country to each Italian provincial capital. 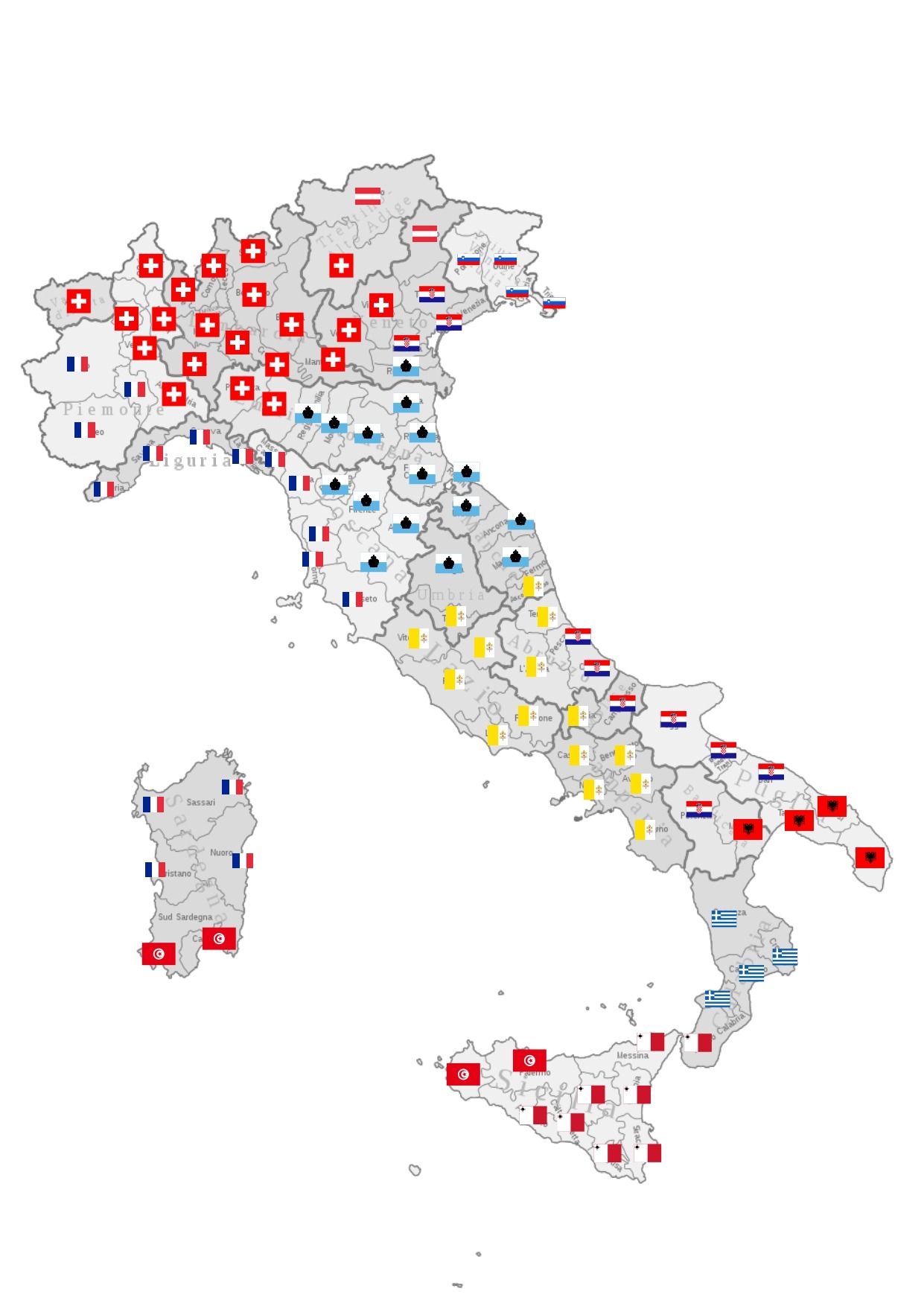 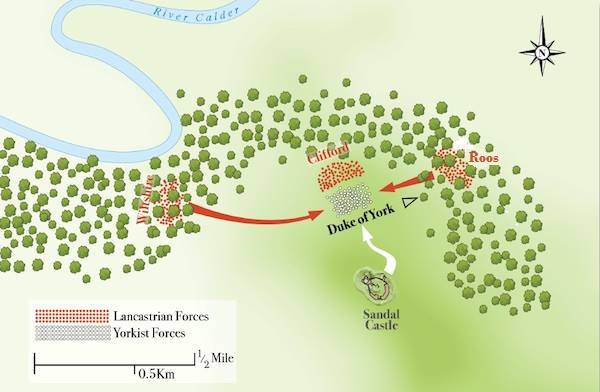 Richard Duke of York was lured out of his refuge within Sandal Castle by a small force of Lancastrians under the Duke of Somerset and Lord Clifford, onto Wakefield Green. Here he is ambushed by a much larger Lancastrian force, hiding in the surrounding woods; under the treacherous Sir Andrew Trollope and Sir John Neville of Raby (which commanders Richard thought were bringing Yorkist reinforcements, but who defected instead to the Lancastrians and attacked the Duke).

Duke Richard was killed in the fighting. His second son, Edmund of Rutland, was cut down trying to escape the disaster (possibly by Clifford, avenging the death of his father at the Battle of First St. Albans). The Earl of Salisbury, a half-uncle of the turncoat John Neville, was captured during the following night. He was taken to Pontefract Castle, where he was subsequently dragged out and handed over to the local commoners, to whom he had been a harsh overlord. After suffering much abuse at their hands, he was beheaded.

The severed heads of York, Rutland and Salisbury were displayed afterwards over the gates of the city of York, with the Duke’s adorned by a paper crown and a sign saying “Let York overlook the town of York”. Such was the abusive treatment meted out to fallen enemies throughout the bitter War of the Roses. 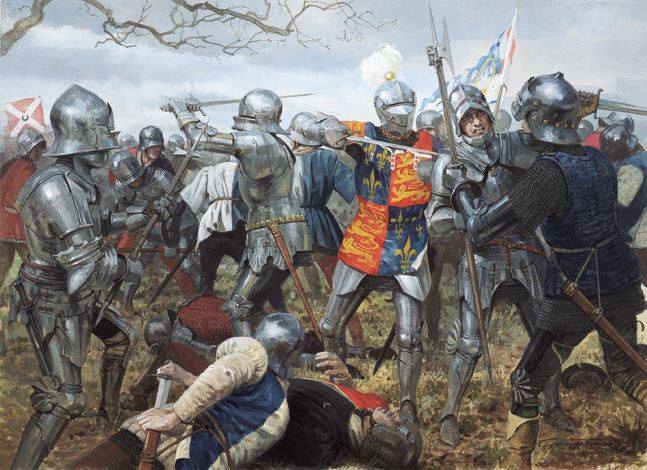 The Lancastrians, joined now by Queen Margaret of Anjou (Henry VI’s wife) and Scots borderers bent on plunder, marched south toward London. At Second St. Albans they won another victory on February 17, 1461, over a Yorkist army led by Richard Neville, the Earl of Warwick. After this victory, the Lancastrians recovered King Henry, previously a prisoner of Warwick’s. However, despite their victory, London closed its gates to the Lancastrians and they were forced to return to the north.

The death of York and the recapture of Henry VI by his supporters cleared the way for Warwick (subsequently to be called the “Kingmaker”) to crown Richard of York’s eldest son, Edward of March, as King Edward IV.

Edward and Warwick would proved an able command-team; and Edward an inspiring leader. Together they soon reversed the fading fortunes of the Yorkist cause, and Edward would hold the throne till his death in 1483.