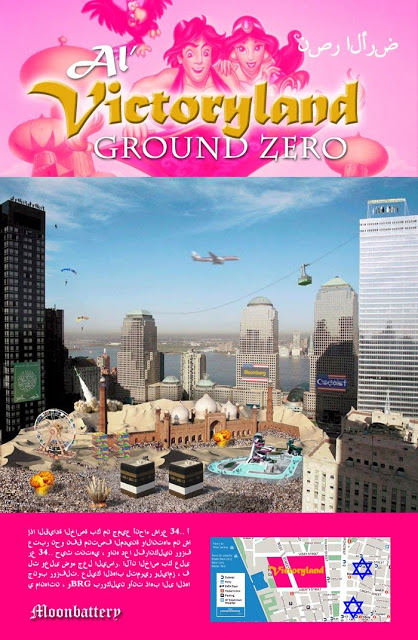 Facebook
Twitter
Pinterest
WhatsApp
As most of you know, the Cordoba Initiative calls for a creation of an Islamic Mosque two blocks from Ground Zero in New York City. (cross-posted from CAN WE KEEP OUR REPUBLIC)

There are some who claim that the initiative does not go far enough. When you think about it the hole in the ground (still) that was once the World Trade Center could be filled with an even more impressive monument than an uber mosque…the first ever Islamic amusement park!

The brochures (below) were created by my friend Todd D. as examples of a new Islamic Amusement Park and monument to the fallen hijacker pilots of those aircraft who made Ground Zero possible in the first place: 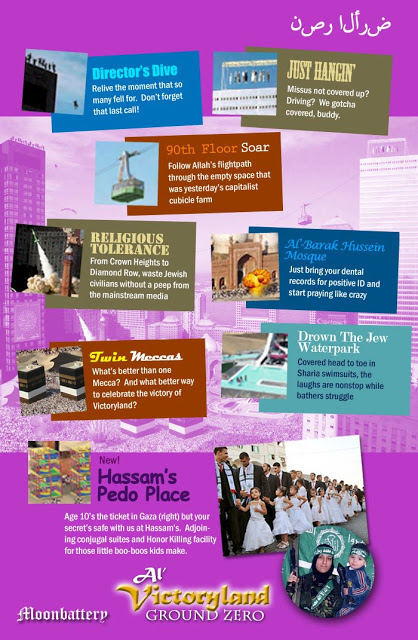 Think of it as an even more impressive monument to religious tolerance!
###