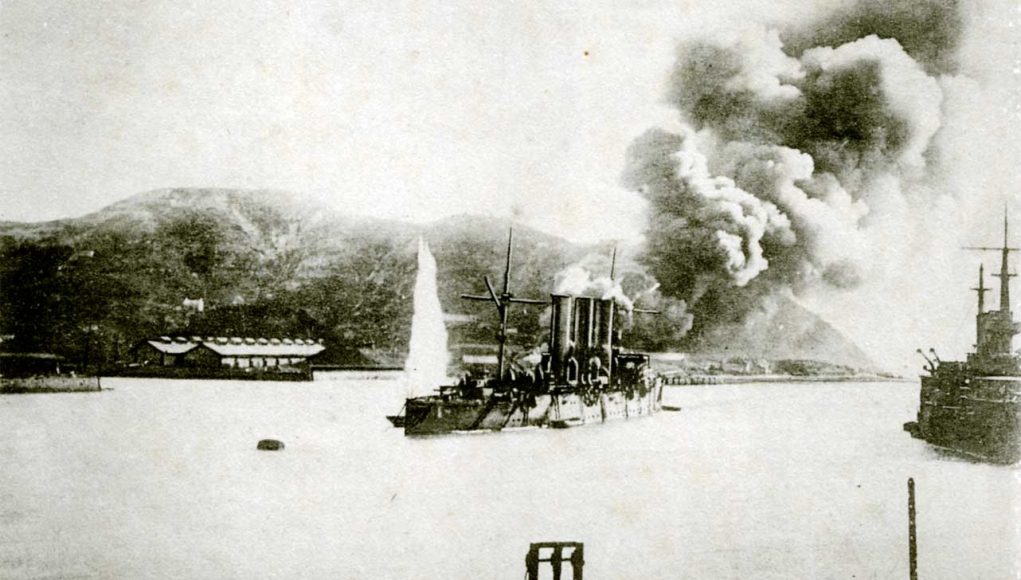 Code of Honor: A Novel of RADM Peter Wake, USN, in the 1904-1905 Russo-Japanese War by Robert Macomber, is the fifteenth book in the Honor Series, published by Naval Institute Press.

From the flyleaf: On a hot June day in 1904, the Russo-Japanese War is raging in Korea and Rear Admiral Peter Wake, a forty-year veteran of naval espionage, ship combat, and guerilla wars, is in his White House office as special assistant to President Theodore Roosevelt. The Perdicaris Hostage Crisis in Morocco has diverted Wake from his critical main project: obtaining Imperial Germany’s 1903 revised invasion plans against the United States. After defusing the hostage mess, Wake and his unique team head for Hamburg and St. Petersburg in grand style on a diplomatic mission. But that’s merely a façade for the false-flag operation to get those German plans. 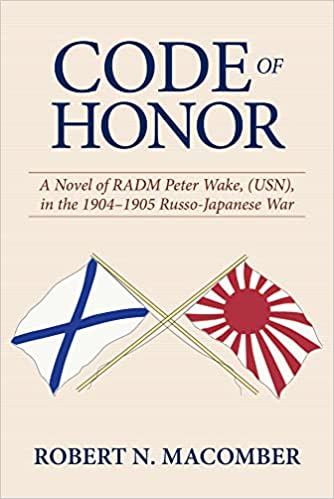 Even as Wake hobnobs with Kaiser Wilhelm II and Czar Nicholas II, he reconnects with contacts in the sordid world of intelligence. On a perilous evening in St. Petersburg, Wake is trapped by the dreaded Russian Okhrana into joining the Russian fleet as a neutral observer on their 18,000-mile voyage around the world to engage the vastly superior Japanese fleet–a certain death sentence.

Wake’s subsequent trek around Europe, Africa, and Asia leads him into the clutches of the Japanese Black Dragon Society; the cataclysmic Battle of Tsushima, which changed world history; the chaotic Trans-Siberian Railway and Potemkin Mutiny in the 1905 Russian Revolution; the Portsmouth Naval Station peace talks; the 1906 Nobel Peace Prize in Norway–and many different codes of honor.

Robert Macomber was recently named “2020 Florida Writer of the Year” in large part due to the Honor Series of which, Code of Honor is the latest entry.

If you enjoy good historical fiction, I know that you’ll enjoy this book. If you’ve been reading the Honor Series, this is just one more home run in a grand slam series.

Sometimes it’s good to have a book for weekend reading enjoyment. The entire Honor Series is good for that. Code of Honor is no less fun to read. Newly published, it’s been my Easter Weekend read. One-click and it’s on the Kindle. Unfortunately, I became so engaged in the book that it’s Saturday (the Easter Weekend hasn’t finished) and I’m through the book.