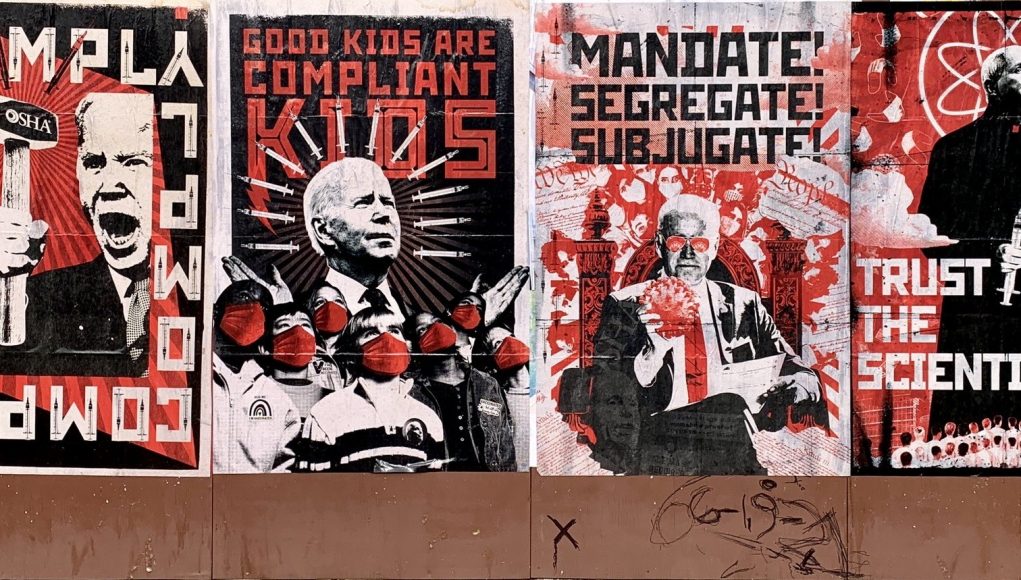 The problem in 2022 is that just about all of the conspiracy theories floating around have turned out to be accurate.  Take as an example, the latest from Old Blighty:

The latest data published by the UK Health Security Agency proves without a shadow of a doubt that Covid-19 vaccination doubles your chances of catching Covid-19.

The anti-vaxers,  who many wish to throw into prison camps (at best) or murder (at worst),  turn out to be very close to the truth.

From a source in China – not via USGOV – there has been a lot of research into the Nipah Virus and gain of function research into the potential weaponizing of it. That research was undertaken in Canada (Canada-China-US) and Cambodia (US) in addition to the Wuhan Institute of Virology (Chinese bioweapons lab, now famous for creating COVID-19). Will it be the next big virus release? Who knows, I offer it here just as an FYI.

The labs investigating gain of function research of Nipah Virus operated through 2019 and in 2020 they were moved, so I don’t have a valid location to share. The Chinese source said that PRC operatives took over the Cambodian laboratory for several days in late 2019 and stole data. I don’t know that they “took” everything. Source said that there was a beta site (in Canada) that mirrored Cambodia so data wasn’t “lost”.

Source operated as an agent of the Ministry of State Security, PRC during this period and has good and some first-hand access to reported information.

Nipah virus (NiV) was first discovered in 1999 following an outbreak of the disease in pigs and people in Malaysia and Singapore. This outbreak resulted in nearly 300 human cases and more than 100 deaths and caused substantial economic impact as more than 1 million pigs were killed to help control the outbreak.

While there have been no other known outbreaks of NiV in Malaysia and Singapore since 1999, outbreaks have been recorded almost annually in some parts of Asia since then—primarily in Bangladesh and India. The virus has been shown to spread from person to person in these outbreaks, raising concerns about the potential for NiV to cause a global pandemic.

NiV is a member of the family Paramyxoviridae, genus Henipavirus. It is a zoonotic virus, meaning that it initially spreads between animals and people. The animal host reservoir for NiV is the fruit bat (genus Pteropus), also known as the flying fox. Given that NiV is genetically related to Hendra virus, another henipavirus known to be carried by bats, bat species were quickly singled out for investigation, and flying foxes were subsequently identified as the reservoir.

Infected fruit bats can spread the disease to people or other animals, such as pigs. People can become infected if they have close contact with an infected animal or its body fluids (such as saliva or urine)—this initial spread from an animal to a person is known as a spillover event. Once it spreads to people, the person-to-person spread of NiV can also occur.

The symptoms of NiV infection range from mild to severe, with death occurring in 40%–70% of those infected in documented outbreaks between 1998 and 2018.

Currently, there are no licensed treatments available for Nipah virus (NiV) infection. Treatment is limited to supportive care, including rest, hydration, and treatment of symptoms as they occur.

There are, however, immunotherapeutic treatments (monoclonal antibody therapies) that are currently under development and evaluation for the treatment of NiV infections. One such monoclonal antibody, m102.4, has completed phase 1 clinical trials and has been used on a compassionate use basis. In addition, the antiviral treatment Remdesivir has been effective in nonhuman primates when given post-exposure prophylaxis and may be complementary to immunotherapeutic treatments. The drug ribavirin was used to treat a small number of patients in the initial Malaysian NiV outbreak, but its efficacy in people is unclear.

Remember that the CDC reported on the naturally occurring virus, not an enhanced and weaponized version that certainly exists in some form now.

This is no longer about Democrat vs Republican. We’ve been well past that for a long time. When President Trump was elected, it threw a monkey wrench into the systemic globalization of America. That’s why the Republican leadership of the House and Senate (Ryan and Boehner) turned on him and stifled his agenda when Republicans owned majorities in both houses of Congress. The people have turned on Brandon/Ho and the numbers show it – but can they keep the momentum going long enough? It all remains to be seen. Will Nipah be released to disrupt the 2024 elections? Don’t underestimate our masters.