Chatting with a Neighbor 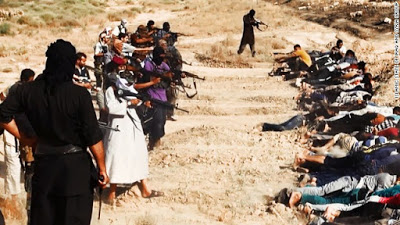 Facebook
Twitter
Pinterest
WhatsApp
It’s nice to take a walk in the morning. Today is no exception. I  trimmed off the bottom of the Christmas Tree early and put it on the stand outside so that I could hose it down before I dragged it into the living room before my walk.
While I worked on the tree, I noticed that the jihadi-next-door, who is Pakistani and attends the mosque down the street was giving me the stink-eye (mad-dog stare). There are several on the short street where I live that light up their homes. The Muslims steam and stew over it but haven’t vocally objected until now. I find that incredibly odd in light of the San Bernardino Massacre last week.
The jihadi-next-door (who is a different person than Mohammed the Muslim-next-door, who I had a dispute with) commented on my Kimber .45 lawful open carry on my belt while I walked, as I passed his home. He said, “You will need that if Donald Trump is elected.” (the weather is warm enough here that you don’t need a jacket, but I wore a shirt over the handgun but you can see the bulge)
I replied, “I hadn’t planned on voting for Trump but you just changed my mind.” That’s all, no more than that. No women keening while he unlimbered his artillery, just the threat and reply.
There is a lot of anger in the Muslim community directed toward those of us who live here and practice faith and tradition according to the dictates of our consciences. Before the Mosque went up, there were none of them here in this neighborhood. I’ve been threatening myself to sell the house and move more because it’s about 5 times larger than I need, but I hate to do that to my neighbors because Muslims actually bid the price up to live close to the mosque and the buyer will likely be a mooselim.
There is a mooselim store that went in about half a mile away. I went there a few months ago and the people in the store along with the owners were disturbed at my presence. The owner tried to give me the bum’s rush out, but as you would expect, it only caused me to linger. The place was filthy, much of the wares were out of date (I check the boxes) but it was full of Barack’s people. There were no posters of Osama bin Laden, and I found that odd. Otherwise, it was a place you go once and never again. There were rat droppings on the floor. I called the health department.
But the place stayed open.
Then just recently it struck me that Sayed Farook was a health inspector with the County of San Bernardino. I don’t live in that county, but it would make sense that they’d send somebody to this store that would speak the linga franca… get my point?