With the inauguration of Joe Biden as nominal head of the Globalist American Regime,  the Military-Industrial Complex is now back calling the shots.- oligarchs. We have discussed this at length on this blog.

Their first order of business, first day in office was been a return to the “War on Terror” policies of the Bush-Obama years. But it has a twist now since woke ideology dictates that Muslims can be longer be a target. Instead, the Deep State regime will now turn its attention to normal, patriotic Americans. Obviously a military that was itself made up of normal, patriotic Americans would be hesitant to go along with such a directive. Therefore, the American security regime is initiating a purge. The statements by the incoming SECDEF, Lloyd J. Austin III, are not ambiguous on this matter.

In an earlier age, conservatives might have deluded themselves into thinking they weren’t the “racists and extremists”. Media reaction to the Capitol protests has made it unmistakably clear, however, that our ruling class views supporters of outgoing President Trump as suspicious at best and “enemies within our ranks” at worst. Other high ranking military officials have made similar comments, including for General Stanley McChrystal.

Stanley McChrystal, who pushed Obama into the Afghan surge that killed over 1,000 soldiers, says the problem in our society is white males reacting to lost privilege, compares Trump supporters to the Klan. Not the line he took when he was selling his war. pic.twitter.com/CJ9NnMaQfZ

The military is no longer the patriotic, conservative institution it once was. There are still some rank and file members who supported President Trump, but the top brass is now looking to remove them and make the military’s ideological transformation complete.

Rep. Steve Cohen implies that 75% of the National Guard are in the class of people who “may want to do something” at the inauguration.

Cohen is saying that National Guard troops who voted for Trump should automatically be suspected of being threats. pic.twitter.com/6ozID4y9ry 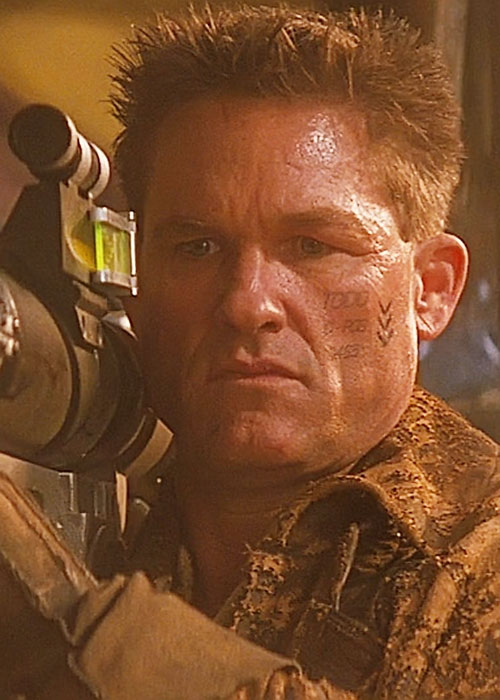 The takeaway here is that the military can no longer be viewed as an ally to opponents of the Globalist American Regime. Wild conjecture, from both the liberal media about a pro-Trump “coup” was always ridiculous, not because the military is so non-ideological that they would never dare intervene in partisan politics, but because they are now hyper-partisan ideologues of the anti-Trump side – because there is more money in it.

The military is fed by the Military Industrial Complex, which works in concert with Big Tech and Big Business to create the oligarchy that presently holds sway in America. The generals intend to insure that the military does not bite the hand that feeds it — and it’s not ‘your hand’ that’s doing the feeding. Sure, middle class taxation is a cash cow that is grist for the nation’s economy, but they don’t feel that they need “you” – the individual you, irrespective of constitutional protection, which appears to be part of America’s past.

I was recently asked my feelings about white supremacy. My immediate reaction was, “how do I feel about Bill Gates, Jeff Bezos, all the mandarins on Wall Street and the weird facebook guy who looks like Data from Star Trek, who is apparently NOT an android but a human?”

The supremacists in America are mostly white and they hold power. They are politicians like Nancy Pelosi, Eric Swalwell, Adam (Shifty) Schiff, Jerry (Penguin) Nadler, Mitch (War Turtle) McConnell and (Crying) Chuck Schumer. And they are oligarchs like the people cited above who call the shots in America.

Did Jeffrey Epstein kill himself? Do you know? I don’t. The “investigation” was infantile. What I do know is that Epstein had dirt on British Royals, Hollywood Moguls, Wall Street Tycoons, politicians and it was all on video tape. And there in his cell, before he uttered a word about those who could save him, the video was turned off, the guards departed, and he ended his tour here on the third rock. It would take some real supremacy to pull that off and Epstein’s buddies were all white. That list of people who visited fantasy island or the ranch in New Mexico might be a great place to look for supreme white people.

If President Trump had visited the island, “joined the club,” and had been willing to play ball, there is no doubt in my mind that he would not have been impeached, and the media would have asked him questions like “what’s your favorite color”, “who do you like for the Super Bowl” and “what’s your dog’s name?”