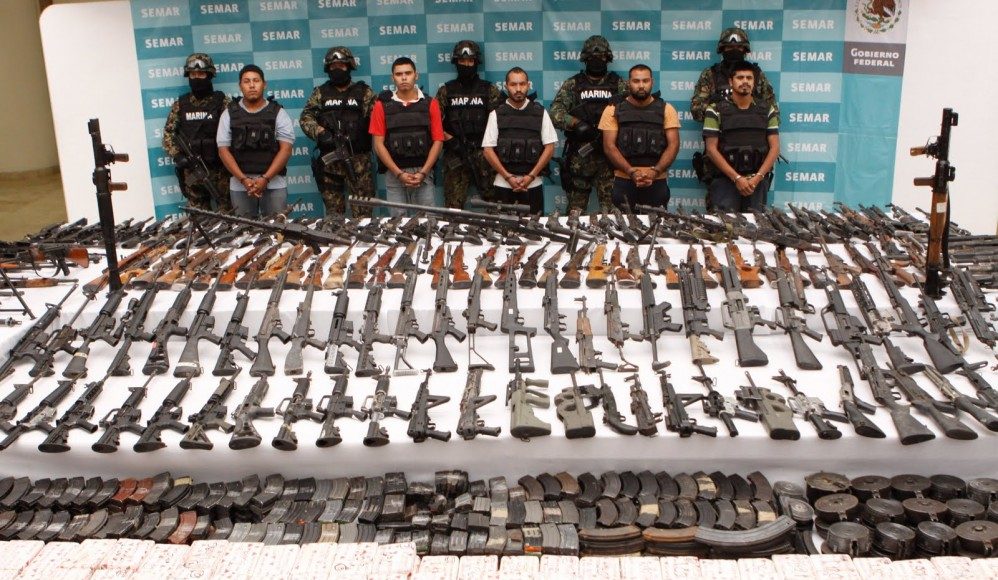 (above) The liberals who scream for an open border with Mexico don’t realize that the cartels will sell weapons to anyone who wants to buy them in the US – just like drugs.

Texas Air National Guard Colonel Daniel Steiner (USAF-TXANG Ret), responds to a Q and A and I will just offer an opinion rather than taking the Brietbart article bullet point by bullet point.

Eliminating Cártel de Jalisco Nueva Generación (CJNG) and the Cuinis, who handle the money laundering for the cartel are the first priority for US Government.

A better question to ask is “who runs Mexico”? The drug cartels have for at least the past twenty years. Today more than ever. I spent a lot of time in Mexico working for USGOV on these issues, and I’m sure that there are better and more informed experts than I am, but DEA still turns to me for answers, and I pitch in where and when I can.

CJNG has some issues with their current management structure that I will not go into, but it’s got nothing to do with US efforts or MEXGOV efforts.

Chapo was flown around by SEDENA (Mexican Army) in Blackhawk Helicopters provided to Mexico by the United States. It’s not a rumor, it’s a fact.

At one point, I was in Los Mochis, SIN, meeting with a drug kingpin with the knowledge of USGOV – back when I was working down there a lot more than I do now. We met at the Starbucks downtown. Then we drove to the Quatro Milpas airport, between Los Mochis and Batamote, and the kingpin got in his airplane and flew off. There was a debriefing that included DEA people.

DEA – “So you just met him in the Starbucks, in the open?”

DEA – “Where were the police?”

LL – “They formed a perimeter outside so that we could meet in peace.”

DEA – “And you just caravaned to Cuatro Milpas?”

LL – “The Army formed a perimeter, we finished our meeting and he got into his airplane (I provided tail numbers) and flew off.”

DEA was not allowed into Sinaloa and Los Mochis in particular. I had a different remit and was INVITED by the kingpin to meet. So I did. Knowing your enemy is important. The kingpin thought that too.

So, dear readers, how much control do you think that the cartels have over the police, the highway patrol and the Mexican Army?

This meeting happened during the Obama Administration and the details were shared among a very few high ranking officials in USGOV. The only one in the White House who showed an interest was VP Joe Biden. Our fellow blogger, Beans, and those who have worked this sort of thing understand how reporting and “grading of reports (IRRs)” works in USGOV.