The US Navy and Great Britain’s Royal Navy are forging more ties through interoperability. As the world is obsessed with the Chinese Plague, the UK and US are part of the core alliance that will assure freedom of navigation on Earth’s oceans. 90% of all commerce travels by ocean. 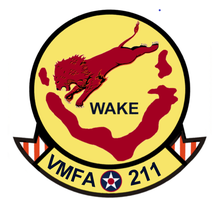 HMS Queen Elizabeth, the first of the Royal Navy’s two 65,000-ton aircraft carriers, is scheduled to undertake its first operational deployment in 2021. It will carry F-35B squadrons of the Royal Navy, Royal Air Force, and U.S. Marine Corps squadron—VMFA-211.

Combining a joint air strike group in an operational setting allow for both interoperability and interchangeability – a force multiplier for the British.

The 2021 deployment of an HMS Queen Elizabeth battle group into the Indo-Pacific region in concert with the U.S. Seventh Fleet and other allies will demonstrate the intention of Washington and London to maintain international order in keeping with the principles and mandates of strength through deterrence and forward-deployed persistent presence.

The British have been struggling to keep their navy in specific and their military in general, valid. The budgetary push and pull between generous social programs and the expense of defense continues and will continue. The Royal Navy and Marines combined strength was 29,000 in 2019. In contrast, the US Coast Guard ALONE had 57,000. The US Navy had 337,000 active duty personnel 279,471 civilian employees 101,583 ready reserve personnel 290 deployable ships (U.S. Navy operates 2,623 manned aircraft and the U.S. Marine Corps operates 1,304 manned aircraft).

Personnel numbers matter beyond mere strength because they are indicative of room to promote, room to move from command to command and increase skills, and experience, etc.  The US Navy’s Special Warfare Command (more than just absolute number of SEALs) alone is 9,000 military personnel. And people in that community complain that it would be nice to have more mobility.

So you see the problem that the Royal Navy faces. A navy is not just hardware, its people who want careers, who want to achieve and who want to see what they do contribute in a meaningful way. As numbers shrank, that human factor has been stressed.

Britain is undergoing its five year Strategic Defense and Security Review (SDSR). As part of that review, Britain needs to assess its position in the world post BREXIT and how it can defend its trading role and its key values which are under threat (see the reason for BREXIT).

Interoperability with the US Navy and even interchangeability would seem to be part of that way forward.