The T-Shirts are finished 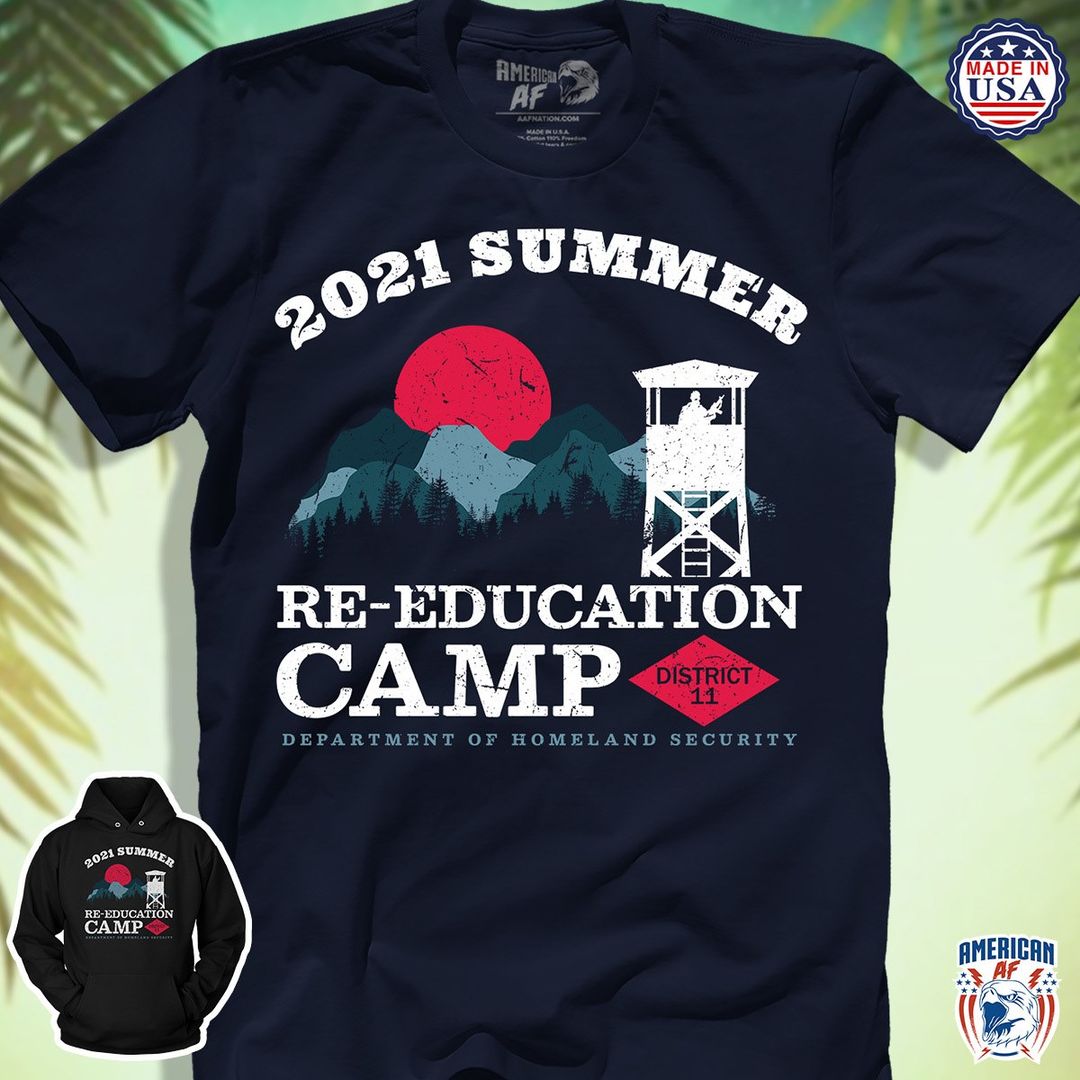 I don’t have a profit stake in the shirts — but imagine the positive impression you’ll make when you arrive in the boxcar with your shirt on. WSF, you need a shirt and some sort of doggy shirt for Banner. You’ll get the bunk by the stove for sure if you have a shirt. 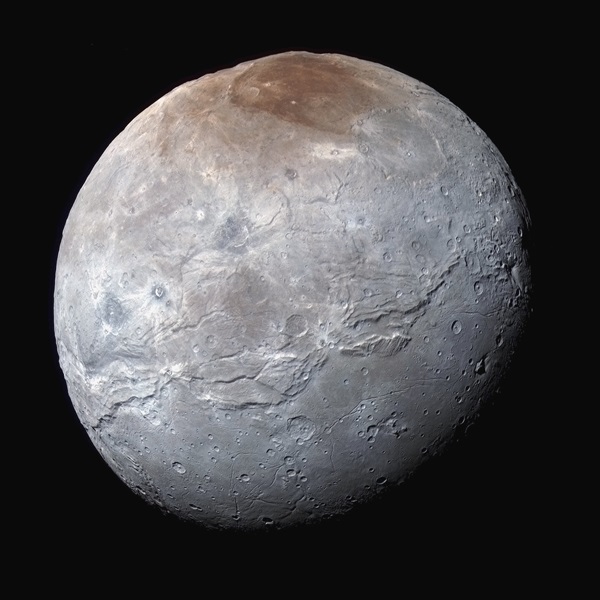 Charon (above), Pluto’s largest moon, is locked in a gravitational embrace with the planet, and both always keep the same face toward each other. Pluto’s Sputnik Planitia lies exactly opposite Charon, hinting at a subsurface ocean on the dwarf planet. 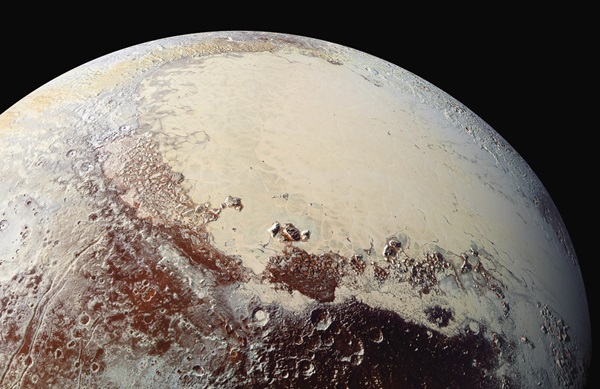 Pluto’s Sputnik Planitia – the heart of pluto – is always pointing at Charon. Who loves you? It’s obvious that Pluto does.

Over the past two decades, scientists have used several techniques to look for subsurface oceans on icy bodies. Unfortunately, neither of the two best methods will work on Pluto. The first requires a large background magnetic field, which induces currents in a body’s salty, electrically conductive ocean. Researchers then look for a secondary magnetic field generated by these currents. The technique has worked well on the moons of Jupiter, but there’s no large background magnetic field at Pluto to produce such a signal. The other method relies on measuring the size of a body’s tides, because large tides indicate a weak, and possibly liquid, interior. But Pluto and Charon always present the same faces to each other, so they effectively produce no tidal signal.

After Biden’s FAA delayed a SpaceX test flight, Musk wrote on Twitter that “the FAA space division has a fundamentally broken regulatory structure.”

“Their rules are meant for a handful of expendable launches per year from a few government facilities,” Musk added. “Under those rules, humanity will never get to Mars.”

According to the Department of Justice, per NBC, “’The charge alleges that on or about March 10, 2020, during the Charging Party’s interview for the position of Technology Strategy Associate, SpaceX made inquiries about his citizenship status and ultimately failed to hire him for the position because he is not a U.S. citizen or lawful permanent resident,’ DOJ attorney Lisa Sandoval wrote in a court document filed Thursday. The document was a request for a judge to order SpaceX to comply with an administrative subpoena for documents related to how the company hires.”

This also comes as Musk was promoting and advocating for the retail traders buying GameStop, AMC, and other “meme stock” companies in an attempt to financially squeeze elitist hedge funds.