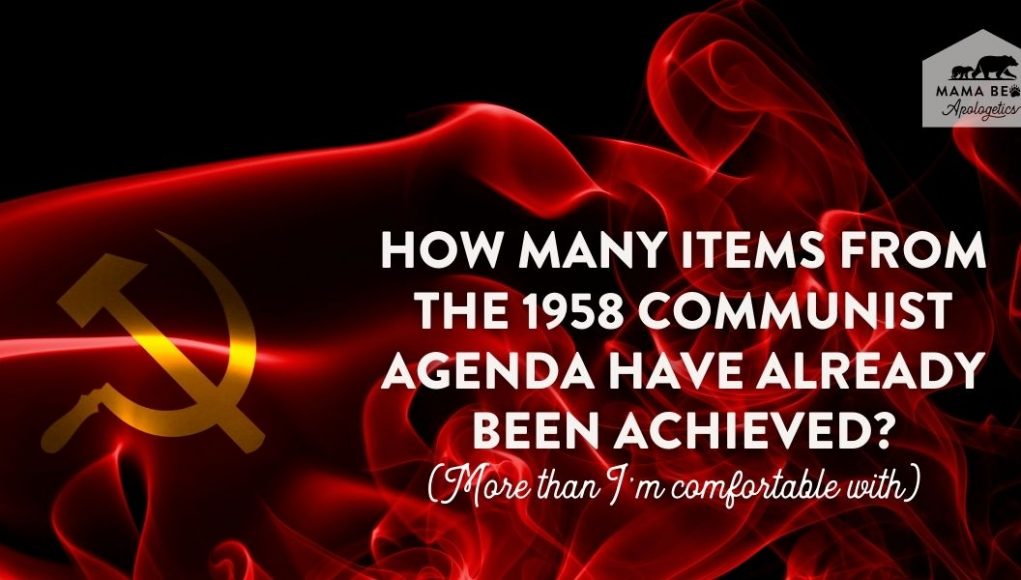 The First Noble Truth – Unsatisfactoriness and suffering exist and are universally experienced.

The Second Noble Truth – Desire and attachment are the causes of unsatisfactoriness and suffering.

The Fall from the Bicycle

Jimmy Carter didn’t know what he was doing and was president at a time when everyone thought the nation was going down the tubes. He was weak. (who can forget the “killer rabbit” who attacked Carter? Joe Biden is in the same boat. We have endless domestic and foreign policy crises, and he’s just too weak and stupid to do anything about them. Both men had failed outdoor excursions that put the final note on their presidencies. They were both weak. Biden’s slightly worse in the sense that he’s weak, old, and impossibly corrupt.

Everything “Woke” turns to dreck. But why?

PaulM sent this to me and it’s worth viewing.

Why it is that the Liberal Left of my youth reliably produced works of popular art, even works of genius, whereas the Progressive Left of the present day cannot make art, cannot tell stories, cannot even generate convincing propaganda using the intellectual property inherited or purchased from their forebears.

The Progs lack talent and so their only tactic is to destroy the works of others, scribbling graffiti over the creations other men made. The Progs hate life, and so their art reflects that hatred to the point that none can pen a convincing plot or realistic character.

Look at what became of Hollywood.

The “Woke” as these sleepwalkers absurdly call themselves are heretics who hate the transcendental world. It is not just the Christian religion they hate, or Western civilization, but anything that serves as a structure for moral order, anything that might check or hinder the mob rule in its passions.

The word heretic here is used advisedly. Heresy is any deviation from an organic body of sacred learning and practice which takes one element of that learning or practice, elevates or inflates it to an absolute in order to denigrate or jettison other elements. Heresy is always like a half-man who solves a quarrel between his left and right arms by having one amputate the other. Orthodoxy hence tends to be balanced, based on tradition, and contain compromises or even paradoxes between competing elements; heterodoxy is refreshingly simple or even simplistic.

Wokeness is Cultural Marxism, that is, the application of Marxist analysis of all human life into two elements, the oppressor and the oppressed, locking in a Darwinian and inescapable struggle for power, which is the sole underlying reality of all human institutions and passions. Marx himself used the economic institutions of his day, and the alleged conflict between labor and capital, as the basis for his Apocalyptic vision of world revolution and utopia; Cultural Marxists use alleged conflicts between races, sexes, classes, and between human decency and sexual perverts — with the perverts in the starring role as the oppressed and exploited proletarians —  to break down all peace between races, disrupt the family, abolish public decency.

The modern Woke have no vision. That was swept away in the nihilism and paradoxes they adopted once their faction, once the counterculture, became the establishment. The modern Woke are a strange and horrible combination of anarchist totalitarians, socialist plutocrats, jihadist atheists, racist anti-racists.

Pulling down monuments to erase the past is the act of the revolutionary once he has achieved his final stage, when, sensing victory close at hand, he no longer masks his purposes and no longer pretends that compassion is in his heart or utopia in his dreams. He destroyed for the joy of destroying and calls it deconstruction.

A Korean in the Wermacht at Normandy

In June 1944 a young Asian soldier surrendered to a group of American paratroopers during the Allied invasion of Normandy. At first, his captors thought he was Japanese, but he was actually Korean. He was called Yang Kyoungjong.

In 1938, at the age of eighteen, Yang Kyoungjong had been forcibly recruited by the Japanese to join their Kwantung Army in Manchuria. A year later, he was taken prisoner by the Red Army in the Battle of Khalkhin-Gol and sent to a forced labor camp. The Soviet military authorities, during a period of crisis in 1942, forced him, along with several thousand other prisoners, to join their forces. Later, at the beginning of 1943, he was taken prisoner during the Battle of Kharkov, in Ukraine, by Nazi troops. In 1944, wearing a German uniform, he was sent to France to serve in an Ostbataillon that was supposed to reinforce the Atlantic Wall from the Cotentin Peninsula, inland near Utah Beach. After spending time in a prison camp in Great Britain, he moved to the United States, where he would not say anything about his past. He settled in this country and passed away in Illinois in 1992.

In a war that killed more than sixty million people and was global in scope, Yang Kyoungjong, a reluctant veteran of the Japanese, Soviet, and German armies, was comparatively lucky. Yet his life story still provides perhaps the most striking example of how helpless most ordinary people were in the face of what would be historically overwhelming forces. 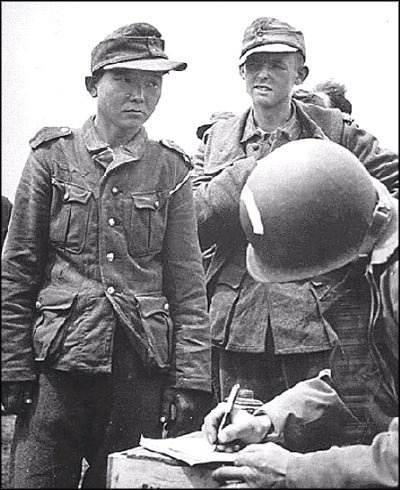 Korean citizen Yang Kyoungjong, who had been successively recruited by the Imperial Japanese Army, the Red Army of the Soviet Union, and the German Wehrmacht, was captured by the Americans in Normandy in June 1944.