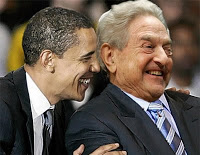 Maybe Barack wasn’t speaking about Judge Neil Gorsuch in this YouTube clip, but the hypocrite needs to have this played over and over as he opposes President Trump, the US Congress, and the will of the people as expressed by their votes.
The progs, which include the entire corrupt, elite, smug, mainstream media, need to understand that Donald Trump won for a reason. And it wasn’t because we weren’t blasted with their invective against him day and night.