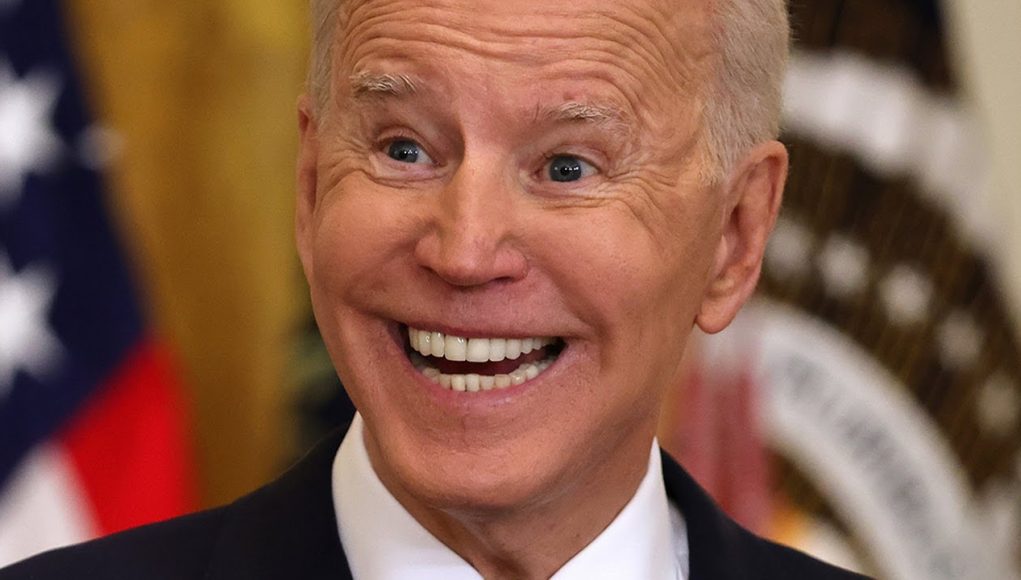 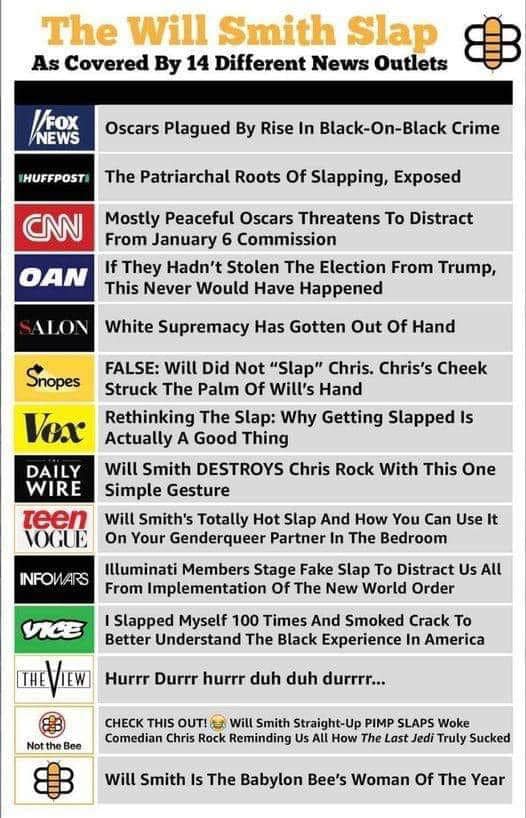 The most important thing to remember about the slap BS is that it’s “show business”. No business like it that I know, etc.

There’s no people like show people, they don’t run out of dough
Angels come from everywhere with lots of jack, and when you lose it, there’s no attack
Where could you get money that you don’t give back? Let’s go on with the show… 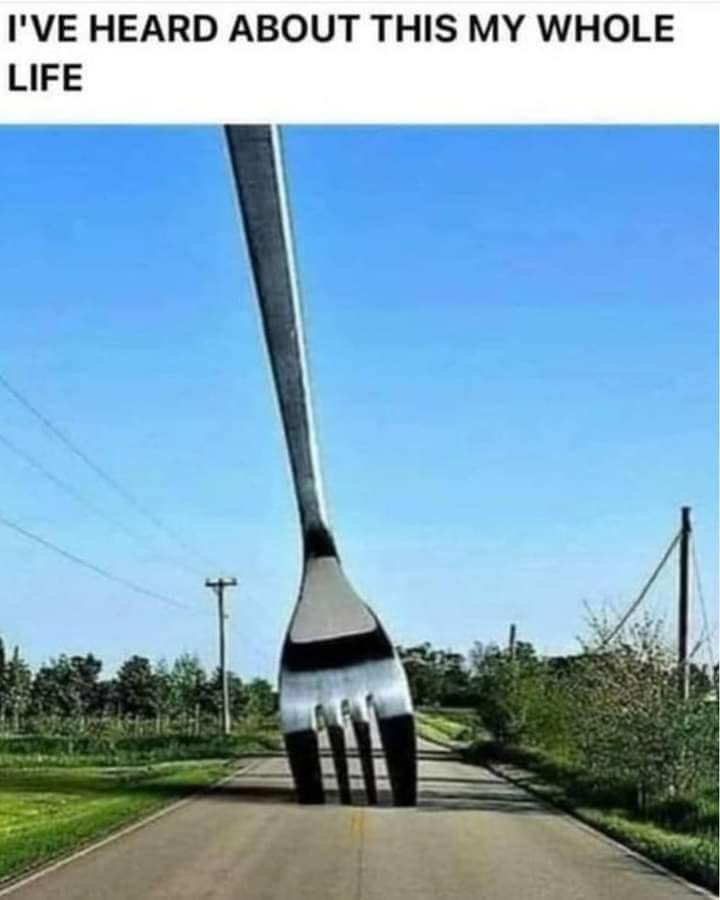 (The Spin) MSNBC has been in the turd polishing business since they started up, but never have they had to chrome plate them until now.  They call the American economy booming. Inflation is the worst I’ve ever seen it and I’m as old as the hills. Unless the fed is ready to stop the death spiral with punishing interest rates (equal to the true rate of inflation), we’re going to death spiral into a depression…which MSNBC will blame on Putin or Trump, or both.

“As of now, Ms. Clifford (Stormy Daniels) owes me $538,262.00 in this case, not counting attorney fees for her appeal of the trial court attorney fee award, which the 9th Circuit upheld two weeks ago,” Trump said. There was speculation previously about how Stormy might raise enough money. Go Fund Me is woke enough to help her in her effort to make amends for her lies about Pres. Trump. Maybe they’ll kick in?

Daniels tweeted: “I will go to jail before I pay a penny.”  I take that to mean that she has no plans to go on an earning spree.  The penal system in the US doesn’t have a “Life at Hard Labor” program at the moment.

Chinese Recruit US Police as Spies

(Epoch T) We’ve discussed this practice before on this blog.

Sun Hoi Ying, 53, is alleged to have spied on at least 35 individuals in the United States and to have fed information from his efforts to the Chinese Communist Party (CCP) from 2017 to 2022.

Sun’s activities were part of “Operation Fox Hunt,” a CCP initiative begun in 2014 to forcibly repatriate Chinese dissidents and other alleged fugitives back to mainland China, or else to coerce them into paying financial settlements to the regime, prosecutors said.

He relied on private investigation firms and a New York law enforcement officer to conduct his covert activities, according to the warrant for his arrest. At least one of his victims, a pregnant woman, was forcibly detained for eight months while visiting China.

“The defendant allegedly traveled to the United States and enlisted others, including a sworn law enforcement officer, to spy on and blackmail his victims. Such conduct is both criminal and reprehensible.”

The practice is widespread and ongoing.

There are ways to combat the systematic exploitation of state and local police in this effort but it takes exposing the methodology that the Chinese Ministry of State Security employs. The FBI,  who is supposed to be doing this maybe cracks one case a year and congratulates themselves.

Nothing stands in the way of state, county, and local law enforcement from tackling the problem of internal corruption. The international espionage angle spooks them at times. I understand this. Handing it over to the FBI, which works for Joe Brandon (our favorite April Fool), who has been taking pay-offs from the CCP for decades as evidence shows, is simply no longer a solution. 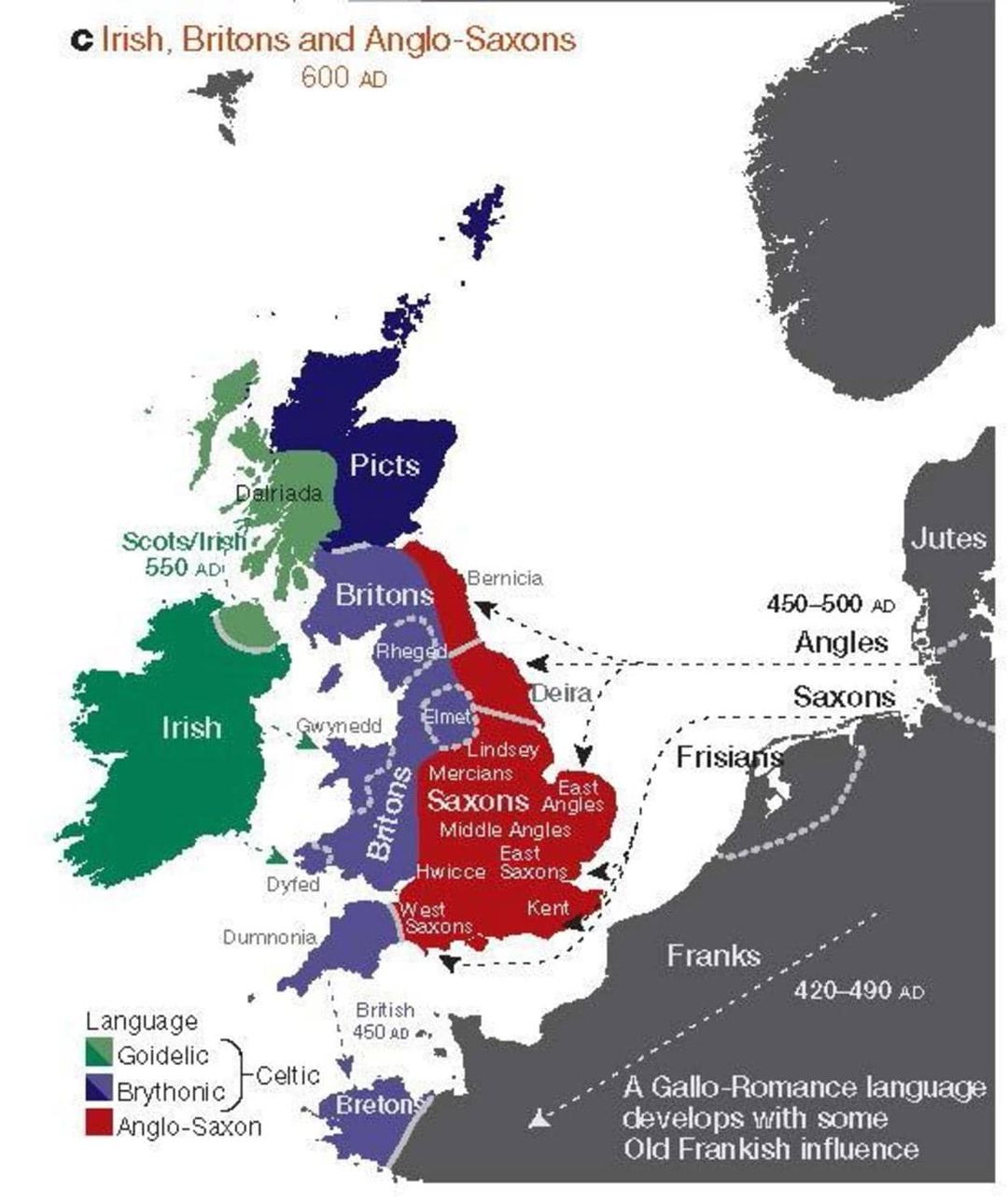 And then the Normans came along 366 years later and messed the map all up.

DNA studies of Britain can be illuminating by showing how past conquests are still evident in the populations today. The map of one such study is presented above. It shows migrations and the numerous old kingdoms in and around 600-700 AD. The colors of this map show the genetic makeup of people (those with multi-generations in specific areas) in Britain today.

William Marshal (this week in history)

(a good article) When the alarming news of a revolt in Poitou reached England both Patrick and William crossed into France with the king. Just after Easter 1168 the earl was entrusted with safeguarding Queen Eleanor. On 27 March, together with his twenty-one-year-old nephew and a small force, he was escorting the queen from castle to castle. They were not fully armed, and only William wore his hauberk. Then they were surprised by Geoffrey and Guy de Lusignan, the leaders of the revolt. These brothers ambushed the Earl’s party, and whereas the queen managed to reach the safety of a nearby castle, the unarmed Patrick was struck down from behind and died on the spot, under his nephew’s eyes. 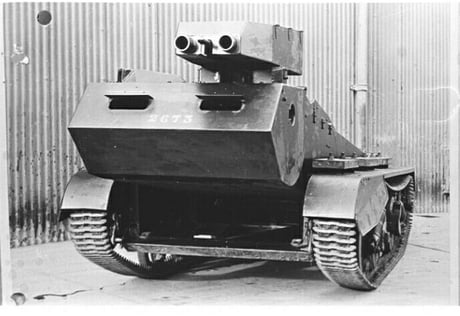