Another Visit to Can Tho 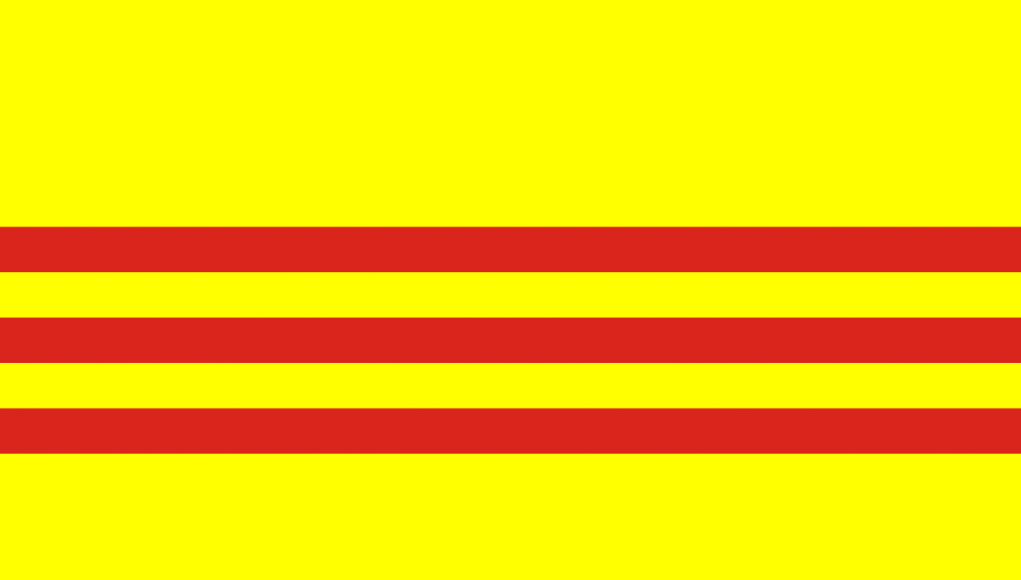 ANOTHER VISIT TO CAN THO

Once again, about mid-morning on another hot, humid, Delta day, Nga, the team (Khan, Minh, Dung, and Suong), and I flew into the Can Tho airfield from the Bien Hoa Air Base.  On this occasion, we were aboard a seemingly newish, or at least a freshly refurbished, South Vietnamese Air Force C-47.  We were the only passengers.  After our exiting the aircraft, together with our gear, Nga and I went to flight operations, located under the control tower, where, as pre-arranged, we collected the keys to two International Harvester Scouts, which we found parked in the carpark at the rear of the building.  Unlike the ones we had used on our previous visit, the condition of these two vehicles left something to be desired.  They were full of fuel so, as long as they ran and kept running, and got us to and from where we wanted to go, they would serve their purpose.  Leaving the airfield, the team drove into town, to the same safe house we had used on our previous visit.

Shortly after we arrived at the safe house two members of the local Military Security Service (MSS) unit arrived.  They proceeded to give us an in-depth briefing, as opposed to the sketchy briefing we had received prior to leaving Saigon, on our mission.  On this occasion, it was to snatch the long-term, hardcore, VC village chief from a village some five kilometers from Can Tho, and return with him to Saigon where he would be interrogated.  This village chief, despite occupying what might be thought of as a low-level position was, in fact, a well-connected member of the Viet Cong hierarchy, he had been one of the original stay behind Viet Minh cadre, when the country was partitioned in 1954.  He, it appeared, was so confident of his untouchability that he slept every night in his own house and did not post guards.  On most nights the only occupants of his house were himself and his wife.  Occasionally, if he and his associates had been engaged in a drinking bout during the evening, there might be up to four additional males sleeping in the premises.  The MSS agents provided us with detailed maps of the village and its surrounds, as well as recent photographs of the target and his associates, his house, together with a floor plan which, they maintained, was up to date, and photos of the other houses in the village occupied by the target’s associates.  They had also arranged for a helicopter to be made available to us, to conduct a visual reconnaissance of the area, that afternoon.

That afternoon the six of us returned to the Can Tho airfield.  There we found a UH-1 helicopter, complete with crew, awaiting us.  After briefing the pilots as to what we wanted we took off.  Flying in such a way that it would not be obvious, to anyone on the ground, that we were interested in the target village, we had an excellent look over the village, the surrounding area, and a number of possible approaches.  We then returned to Can Tho and to the safe house.

Using the maps and photographs provided by our MSS colleagues, together with our own observations during our aerial reconnaissance, we decided that we could drive to within a kilometer of the village, cache our two vehicles on the grounds of an overgrown, abandoned temple, and then make our way across several dry rice paddies, into the village.  The village chief’s house, unlike most, was not in the center of the village, being somewhat closer to the direction from which we intended to approach.  We also decided that, rather than staying an extra day in Can Tho, we would conduct our operation that night.  For our purposes, we decided that we would all carry suppressed weapons, the team carrying their usual suppressed Swedish K submachine guns, and me carrying my usual suppressed Sterling submachine gun.  Likewise, we would all carry suppressed .22LR Colt Woodsman self-loading pistols.  Choice of edged weapons was left up to each individual.  Nga and I also carried our personal saps, with which we were wont to render our targets unconscious when necessary.

We decided that, on our arrival at the chief’s house, that Nga and I would enter first.  Should the target and his wife be alone in their bedroom we would render them both unconscious.  Khan and Dung would then enter the house and assist Nga and me in tying them up, gagging them, and placing hoods over their heads.  The four of us would then exit the house, with the target, leaving the wife behind.  If, however, the wife caused a problem at any stage then she would be dispatched forthwith.  Should Nga and I, on our entrance, find additional people in the house we would advise the other four of which room, or rooms, they were in, the four would then enter and, using their suppressed weapons, despatch them, whilst Nga and I took care of the target and his wife.  In this scenario, because of the increased chances of discovery, the wife would be despatched whilst we took down the target.  This being a solidly Viet Cong village, should we be discovered at any time, it would be a case of shooting until either we ran out of ammunition or ran out of targets, whichever came first, whilst retreating to our vehicles.

Shortly after midnight, the team left our safe house.  Nga, Suong, and I were in one vehicle, and Khan, Minh, and Dung were in the other.  Once clear of Can Tho we were able to drive without lights.  Although there was no moon, once away from the urban light pollution, it was possible to see reasonably clearly with the starlight alone.  Reaching the overgrown, abandoned temple we parked the vehicles.  Sitting within the ruins we listened for any unusual sounds.  All was quiet, with the only sounds being the usual rural nocturnal ones.  There was the sound of an occasional dog barking from a number of points across the rice paddies.  After sitting, listening, and observing, for about thirty minutes, we moved out, in a staggered file, widely spaced, across the dry, stubbled, rice paddies.  Surprisingly, there was still only the occasional dog bark, as we closed on, and entered, the village.  After entering the village, moving quietly, and using the shadows, we came to the target’s house.  The house, along with those surrounding it, was in darkness and there was no sign of movement either within or without.

As with most rural houses the door was unlocked.  Nga and I slid silently inside.  Waiting a minute or so for our eyes to adjust to the deeper darkness inside the house (I always found that scrunching them closed made this process quicker) we moved through the main room towards what were the two bedrooms.  Luckily, there was no chance of the floorboards squeaking as the floor was bare concrete.  The sounds of drunken snoring emanated from both bedrooms.

I motioned to Nga, whilst keeping my eyes and the muzzle of my Sterling aimed towards the two bedrooms doors, and she slid backward to bring the others into the house.  Raising one finger, I indicated they should give Nga and me one minute to enter the target’s bedroom before they entered the second bedroom to despatch the occupants.  Nga and I moved to the targets bedroom door and slowly eased it open.  The target was asleep, lying on his back, with his wife beside him, lying on her side, with her back to the door.  I eased up slowly alongside her, my suppressed Colt Woodsman in my hand, whilst Nga eased up alongside the target her sap in her hand.  I eased the muzzle of my pistol into the target’s wife’s ear and slowly squeezed the trigger.  As I did so Nga brought her sap down hard on the side of the target’s head.  With the target unconscious, and his wife dead, Nga and I became aware of muffled noises from the second bedroom as we rapidly handcuffed and gagged the target and pulled a hood over his head.  Song stuck her head in the door and announced that four males had been despatched.  She also added that they had acquired four AK-47s, together with a number of spare magazines, and two briefcases stuffed with documents.

As all was still quiet, we decided to conduct a quick search of the premises, albeit this not being in the original plan.  This search turned up another AK-47, along with several spare magazines, together with two further briefcases full of documents.  By this time the target was starting to stir.  We woke him up further by pouring a bucket of water over his head.  Suong and Minh left the house first.  After they gave the all clear Dung and Khan exited the house with the prisoner, closely followed by Nga and I.  Dragging the prisoner with us, and carrying the captured weapons and briefcases. we recrossed the open rice paddies and, after a quick reconnaissance to ensure that the temple was clear, we entered.  Placing the prisoner into the rear seat of the vehicle driven by Nga and me, with Suong guarding him, we split the captured weapons and briefcases between the two vehicles.  We all then returned to the safe house in Can Tho.

The following morning we contacted the local MSS unit and advised them of the success of the mission.  They undertook to arrange to have us, along with the prisoner, picked up from the airfield and returned to Saigon.  Shortly after speaking to them, they called back.  A South Vietnamese Air Force C-47 would be available to carry us back, leaving Can Tho at 12.00 hours.  After a leisurely, late breakfast, during which the blindfolded prisoner refused to eat or drink, we tidied up and closed out the safe house and then traveled to the Can Tho airfield.

After parking the Scouts in the car park, at the rear of the control tower, Nga and I returned the keys, as pre-arranged, to flight operations.  We then sat in the shade, as far away from the other arriving and departing passengers and flight crews as we could get, whilst we awaited our flight.  We did get the occasional strange look though.  I suppose it is not every day that you see five Vietnamese, three females and two males, and a Caucasian male, all in tiger stripe fatigues, carrying a varied assortment of weaponry, together with an obviously Vietnamese male in black peasant clothes, handcuffed and hooded, awaiting a flight at your local airport.  As promised, right on time, the South Vietnamese Air Force C-47 was available, we boarded and had an uneventful flight back to the Bien Hoa Air Base.  After the post-mission debriefing, and completion of the after mission reports, a ten-day standdown followed, after which we entered another pre/post-mission training cycle at Ho Ngoc Tao.