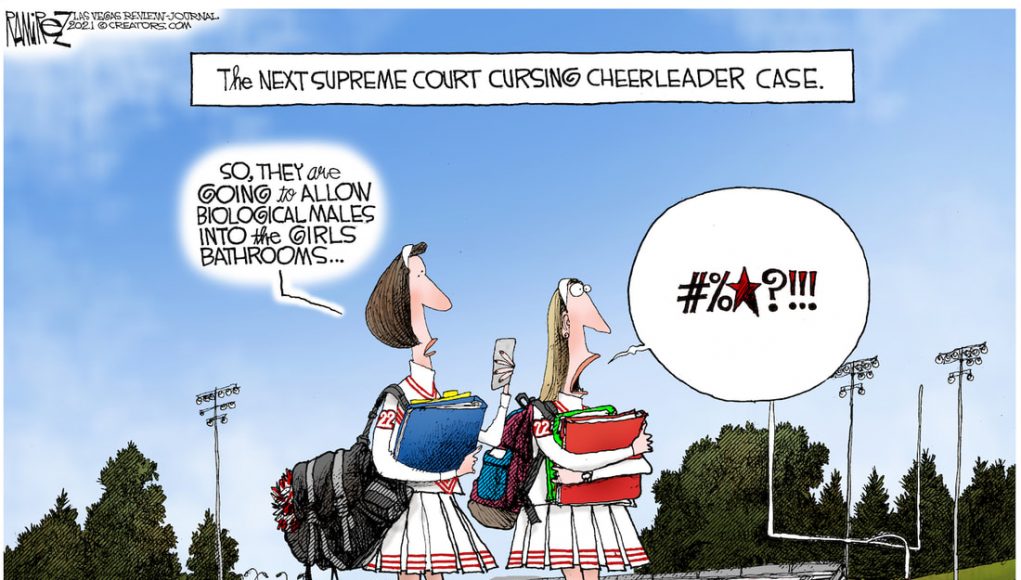 WASHINGTON (AP) — In the case of the cursing cheerleader, the Supreme Court notched a victory for the free speech rights of students Wednesday, siding with a high school student whose vulgar social media post got her kicked off the junior varsity squad.

The court voted 8-1 in favor of Brandi Levy, who was a 14-year-old freshman when she expressed her disappointment over not making the varsity cheerleading team with a string of curse words and a raised middle finger on Snapchat.

Levy, of Mahanoy City, Pennsylvania, was not at school when she made her post, but she was suspended from cheerleading activities for a year anyway. In an opinion by Justice Stephen Breyer, the high court ruled that the suspension violated Levy’s First Amendment freedom of speech rights. Justice Clarence Thomas dissented, noting he would have upheld the suspension.

The justices did not foreclose schools from disciplining students for what they say off-campus, though they did not spell out when schools could act. An earlier federal appeals court ruling, in this case, would have barred public schools from punishing off-campus speech.

Despite ruling in Levy’s favor, Breyer wrote that “we do not believe the special characteristics that give schools additional license to regulate student speech always disappear when a school regulates speech that takes place off-campus. The school’s regulatory interests remain significant in some off-campus circumstances.” 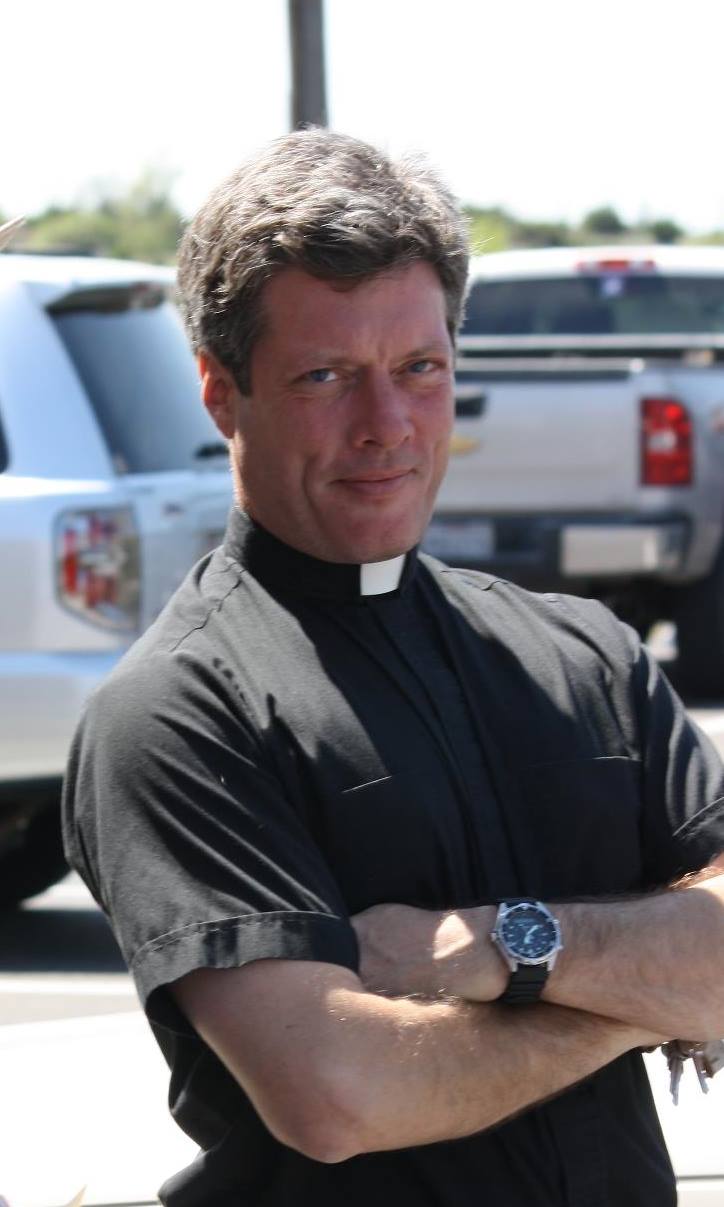 Normally there’s not a big write-up on Virtual Mirage as birthdays come and go, but LSP is officially knocking at the door of 60 yrs. (knocking at heaven’s door). He’s pictured above, in uniform preparing to call some sinner to repentance – fire, and brimstone!

There is no shame in going on Social Security, LSP. Sure, it won’t be tomorrow, but it is definitely coming.

Ok, enough triviality, y’all need to give LSP a REBEL YELL! (or a virtual rebel yell, wherever you are) In the video, LSP’s buddies from grammar school are giving the yell for him. 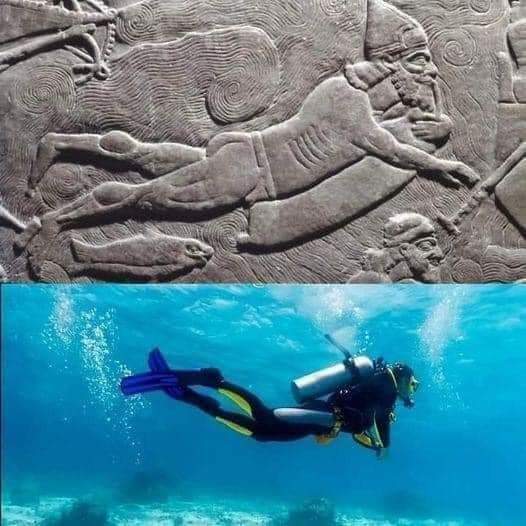 This is a 3,000-year-old stone carving of an Assyrian SEAL,  diving under the Euphrates River using an inflatable goatskin bag. The Assyrian Army’s Navy trained infiltrators who would deploy underwater to collect intelligence and eliminate enemy sentries.

“The Party told you to reject the evidence of your eyes and ears. It was their final, most essential command.” – George Orwell, 1984

We see a lot of that going around today, don’t we? 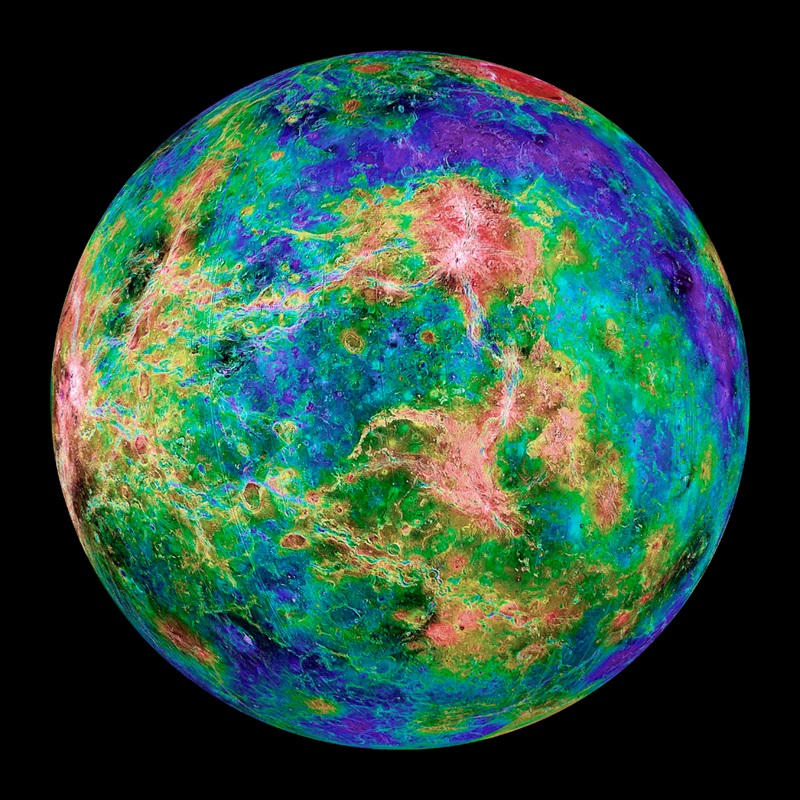 Venus, seen above color-coded to highlight its elevations. They don’t. take into account the constant 860° F (460° C) surface temperature, sulfuric acid clouds, and crushing atmospheric pressure. It’s also the slowest spinning object in the known universe. Its year is shorter than its day. Eventually, it will be tidally locked to the Sun. Maybe the temp on the “dark side” will drop to 840° F? 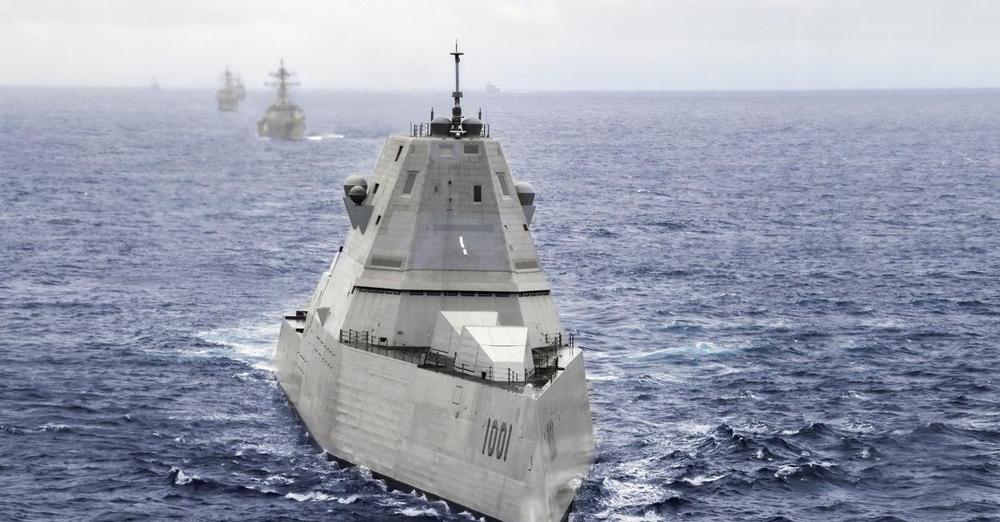 Fleet strength is dependent on a few big, expensive bets. USS Michael Monsoor (DDG-1001) is underway and the LBJ is due to be launched next year, throwing good money after bad.  Those ships will never work as advertised no matter how many do-overs you do at a cost of billions – it’s just sad. Will heads roll? Of course, not.

They’re already working on a billion-dollar patch, putting missile cells where the rail gun mounts are in the photos. 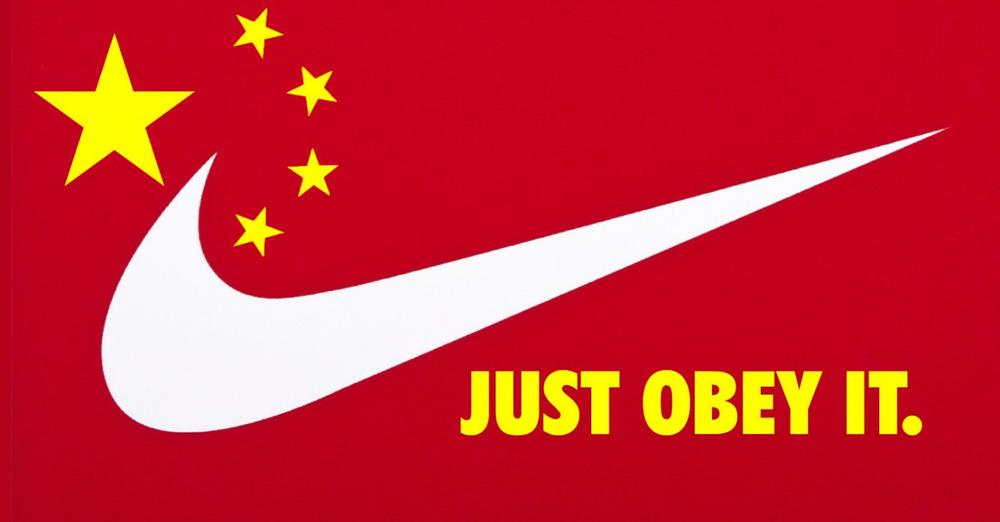 (Bee) QINGDAO, CHINA—On the heels of the CEO proudly declaring Nike is a brand “of China, and for China,” the company has unveiled a new marketing campaign honoring the glorious Chinese Communist Party with the inspiring slogan “Just Obey It.” 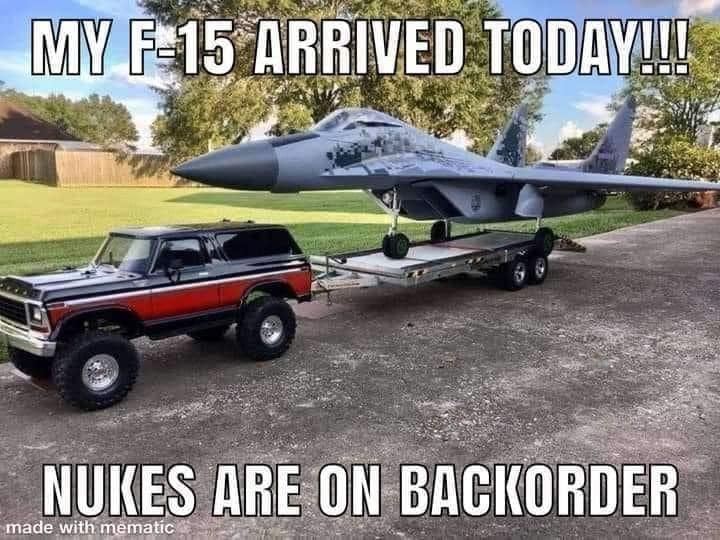 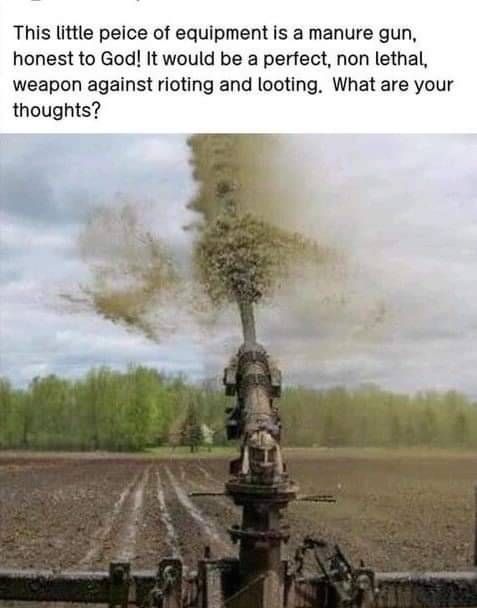 Yes, it’s biological warfare, but it’s no worse than the biowarfare plague we’ve lived with. When we’re talking about Baltimore or Portland, who would notice a foot of poop on the pavement, added to the scat already there? You could have lobbed it into CHOP in Seattle and they’d have used it on their little turf farms.

Never try to teach a pig to sing.

It wastes your time and it annoys the pig.

Never roll in the mud (or poop) with a pig.

You both get dirty and the pig enjoys it.