Another Dose of Reality 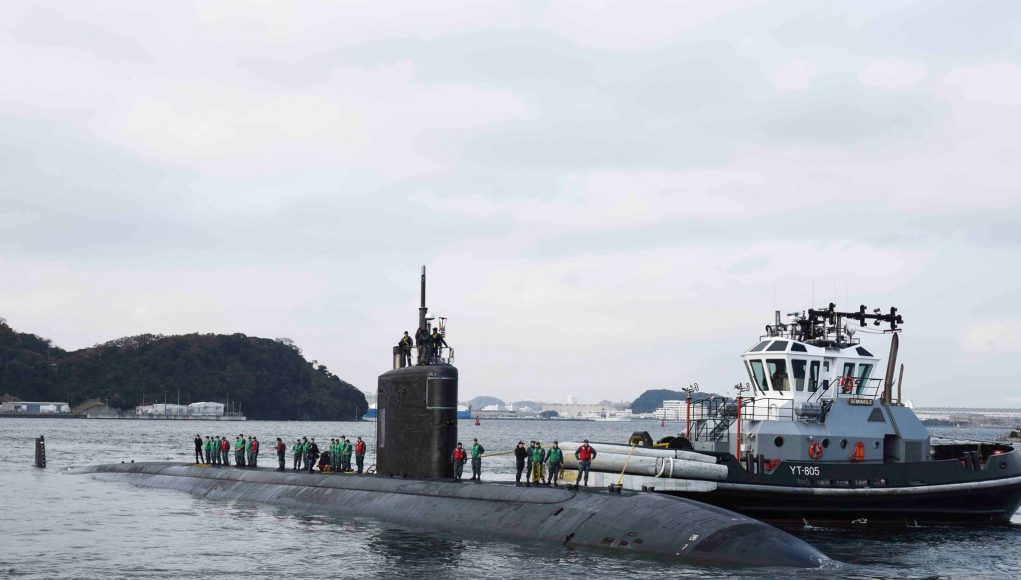 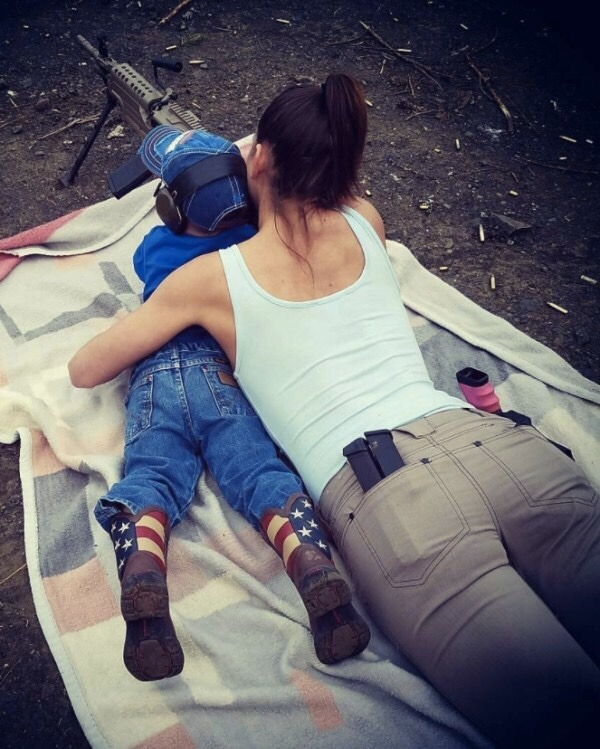 Squeeze until the shot surprises even you, don’t fear the report or the recoil. 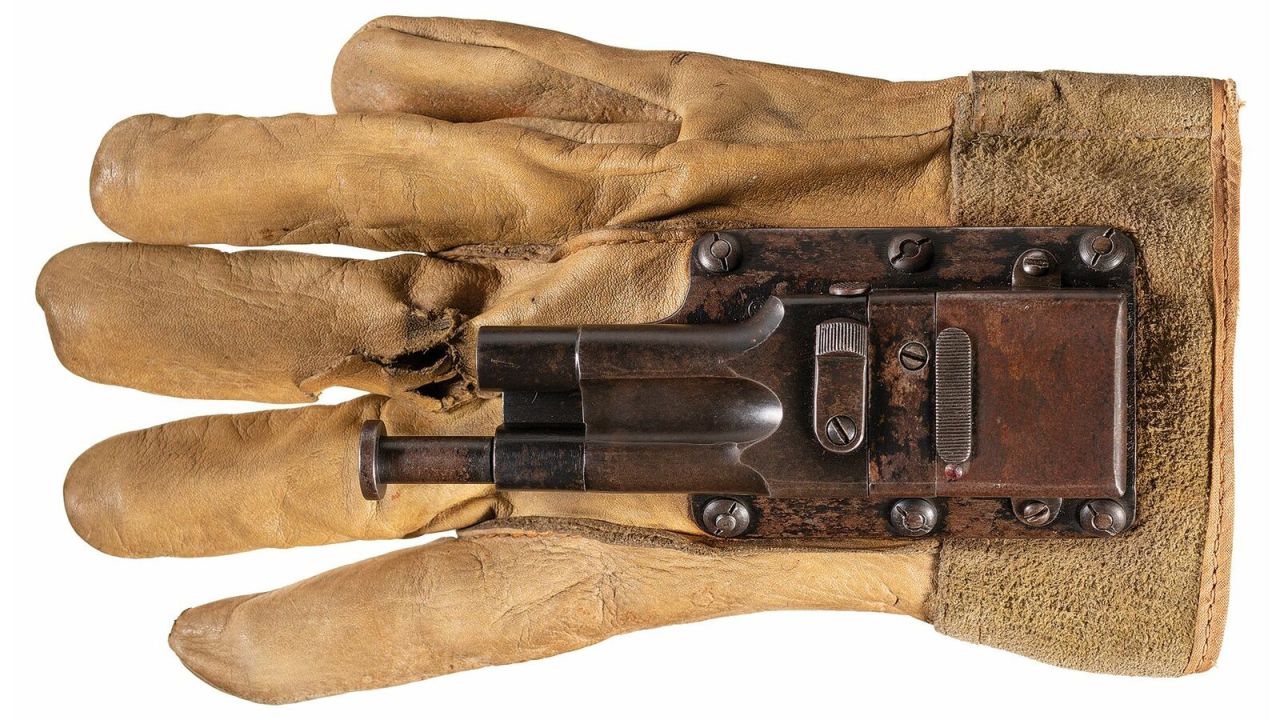 Designed by Stanley M. Haight c.1944, manufactured by Sedgley and Co. of Philadelphia. 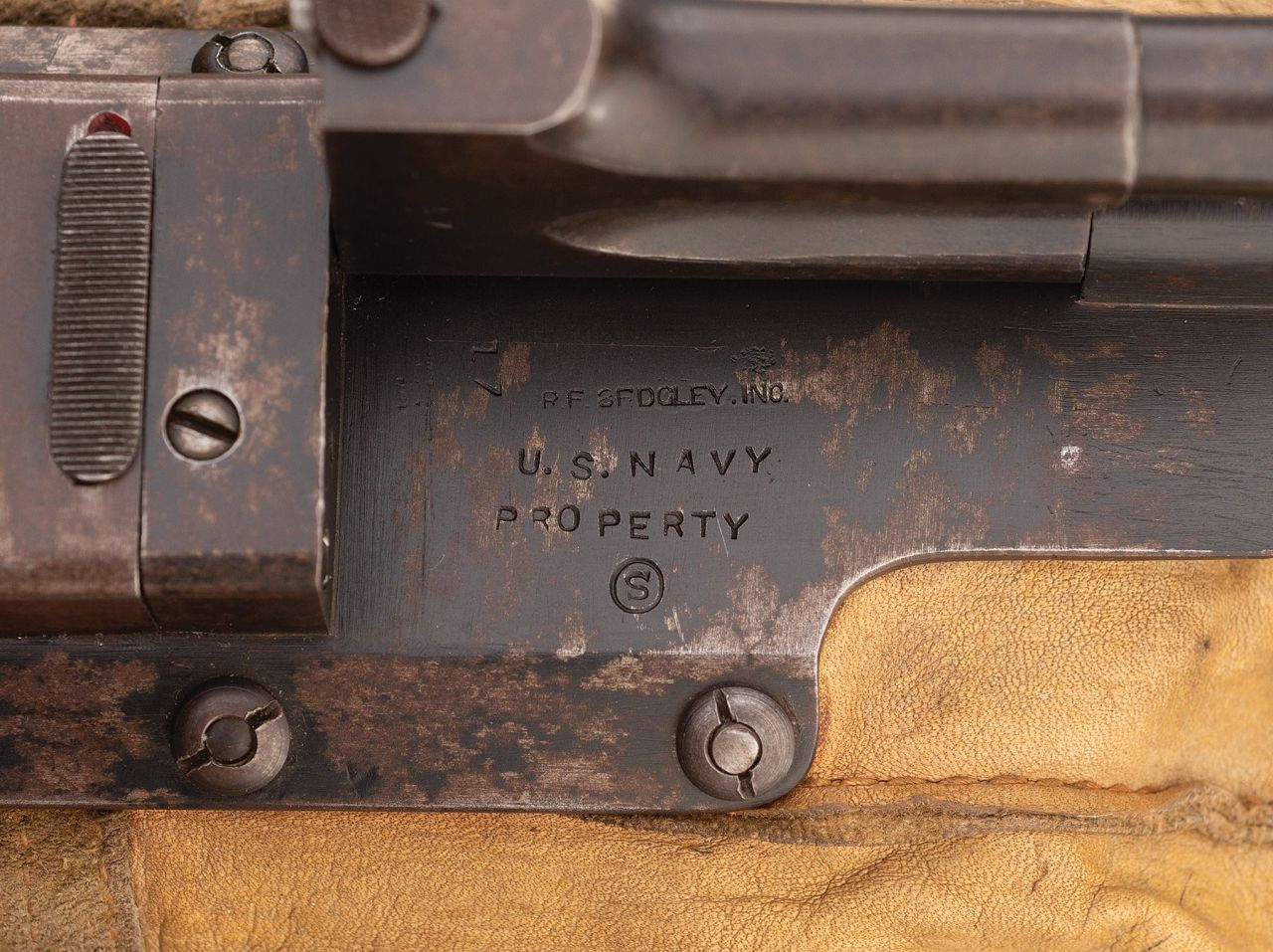 Patented as an emergency weapon when no sidearm was available, the less than 200 Sedgley guns that were made were primarily issued to Construction Battalions (Sea Bees) of the US Navy and to a lesser extent, to the Marine Corp for self-defense.

Due to its stealthy nature, the weapon has gained a new life as a spy’s assassination tool, which was apparently not intended by Stanley Haight in 1944. 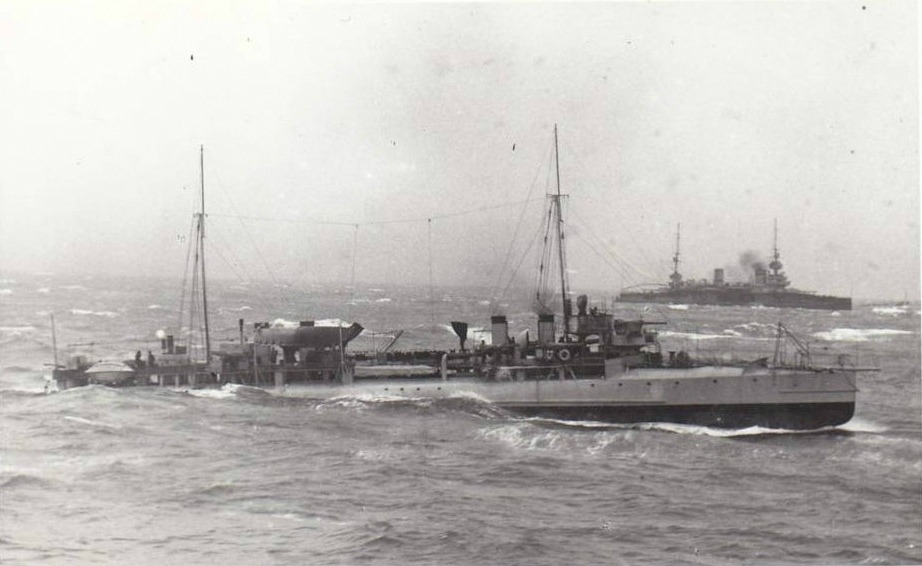 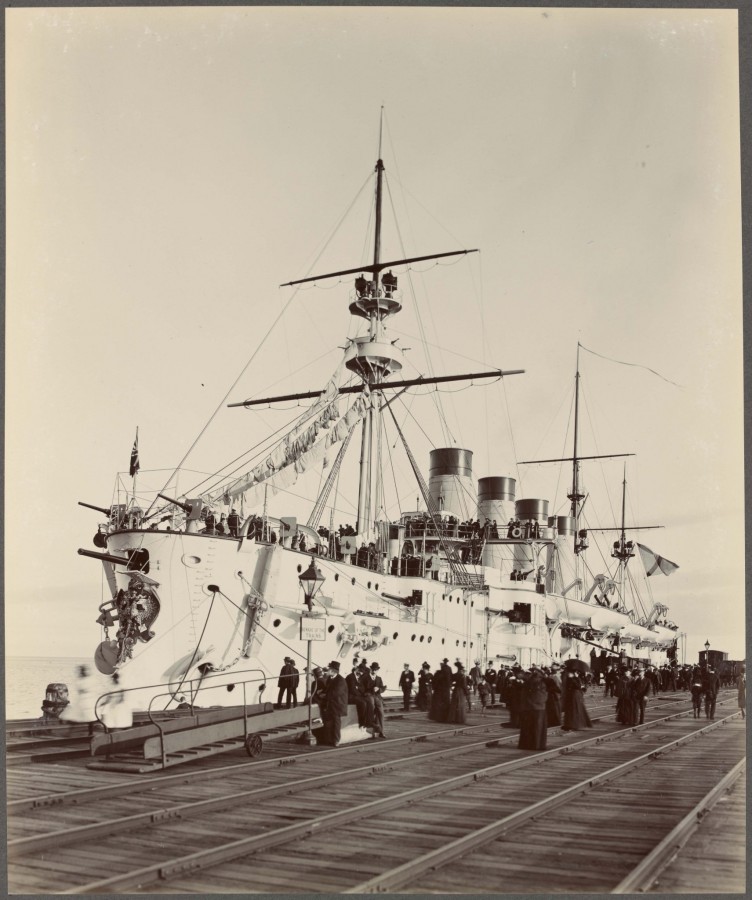 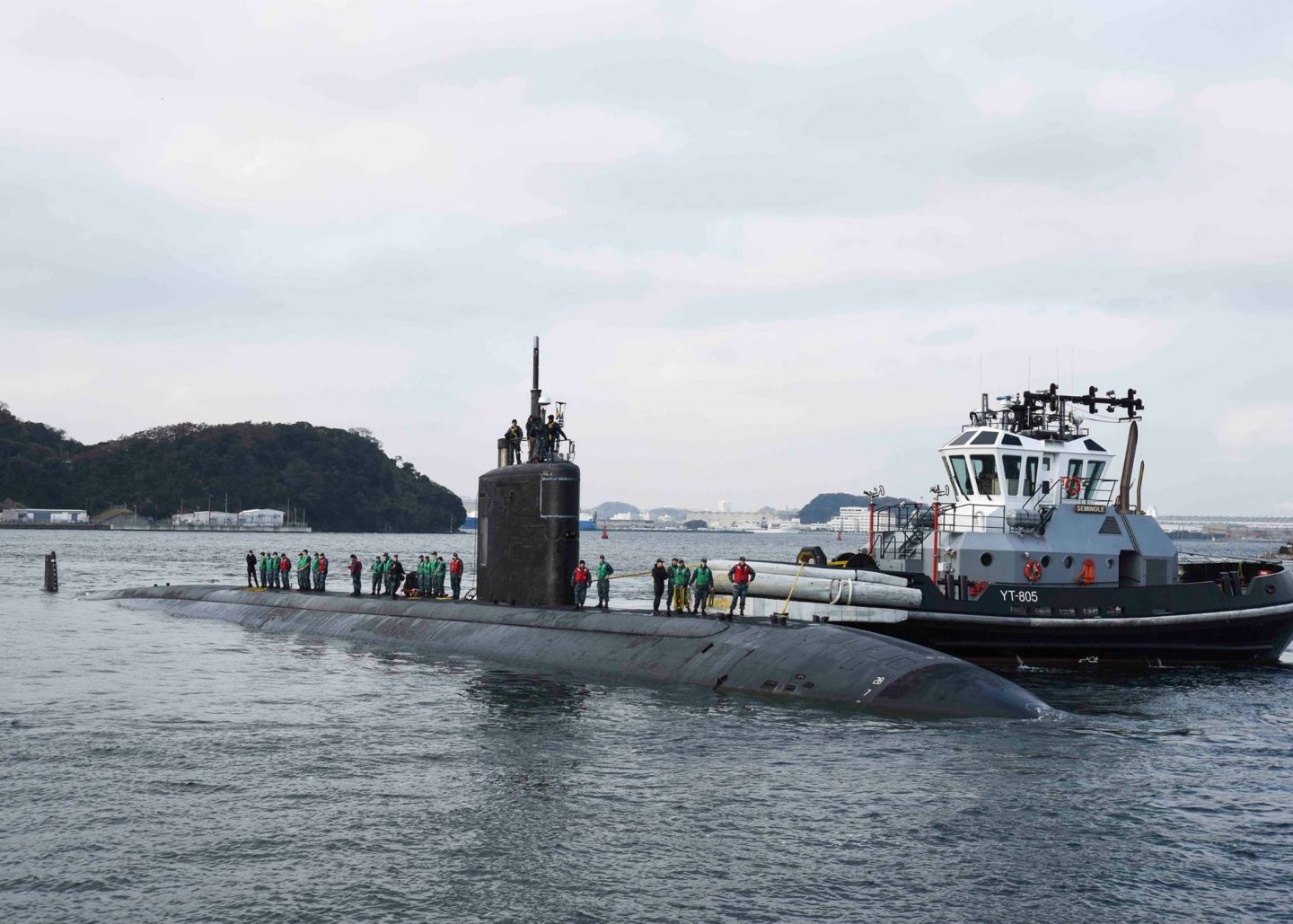 Above: USS Tucson (SSN 770) prepares to moor at Fleet Activities Yokosuka. The crew of the Tuscon sends their best to Virtual Mirage and its readers.

Reindeer’s eyes are golden in the summer, but turn a deep blue in the winter to capture more light – making them the only mammal that does this. 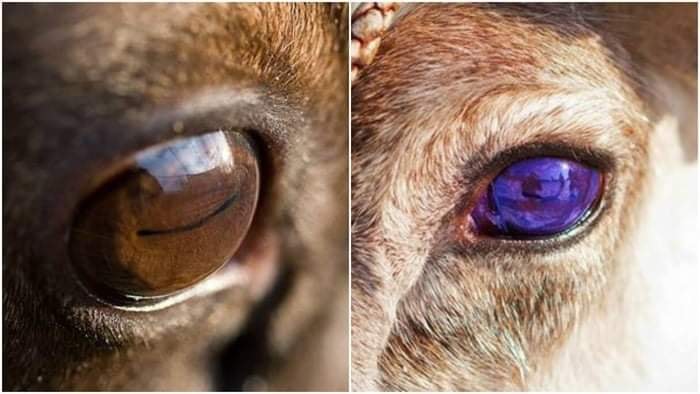 Warning: You are being conditioned to view your freedom as being selfish

473 years ago today in 1547, the Spanish conquistador and conqueror of the Aztec Empire, Hernán Cortés, died of pleurisy at the age of 62 in Castilleja de la Cuesta, Seville. A complex and at times mysterious figure in life, Cortés’ legacy, like that of many of his conquistador ilk, remains controversial to this day, his memory being idolized by those who perceive him as the founder of modern Mexico and being reviled by others who see him as the terrible destroyer of Mesoamerica (depiction of the conquistador by artist Augusto Ferrer Dalmau pictured). 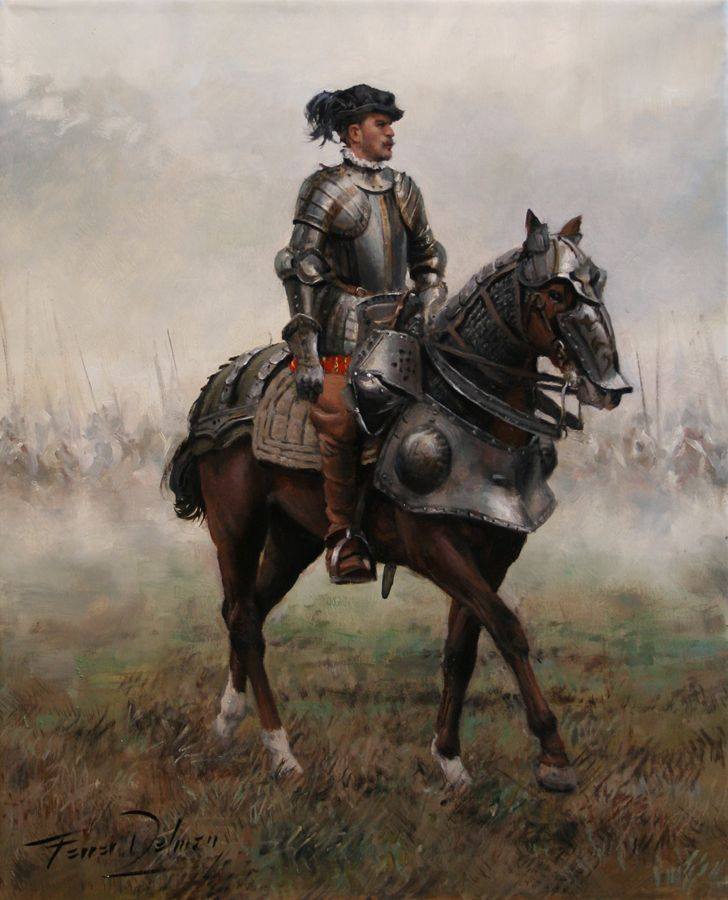 Cortés was born at the twilight of the Middle Ages in 1485 A.D. He hailed from a village by the name of Medellín in the Kingdom of Castile and belonged to a family of minor nobility whose glory days had long since passed. On his mother’s side he was a second cousin once removed of Francisco Pizarro, the conqueror of the Inca. As a child the young Cortés was of poor health and had a sickly pallor to him.

As he grew into adulthood however he was described as a man of good stature with a strong build to him, though he still retained a certain grey gloominess to his facial features. His parents had hoped that he might pursue a legal career that would be profitable enough to restore some of the family’s prestige however after two years of studying and working as a notary in Salamanca he returned home as a broken disappointment to them. Their disappointment was shared by Cortés himself who became increasingly irritable with the quiet life of his home village. It was at this time that word was starting to spread of the New World out to the west and Cortés seized the chance to escape the stasis and inertia of rural life.

The young Cortés arrived at the fledgling Spanish colony of Santo Domingo in 1504 and there established himself as a notary for the young colonial government. He became close to the conquistador, Diego Velázquez de Cuéllar, and served alongside each other in the conquest of Hispaniola and Cuba. Velázquez subsequently became Governor of New Spain and promoted Cortés to a position of high power first as secretary and later as the magistrate of Santiago. From that moment onwards Cortés had begun to wax in power and the relationship with his old friend had started to come under stress as they both vied for pre-eminence.

Word then began to spread of great troves of silver and gold on the American mainland discovered by Juan de Grijalva. As an experienced administrator and fighter and also the governor’s personal favorite, Cortés was chosen to lead an expedition into the west. Hoping to claim the glory for himself, Velázquez restricted the expedition’s purpose to solely exploratory and commercial purposes. Seeing the support which Cortés enjoyed however and fearing that he might go beyond the call of duty, Velázquez revoked his commission and called for his arrest. By then however Cortés was already aboard his ship and chose to ignore the threats of his old friend. He thus sailed for the west as a mutineer and a criminal.

Cortés landed on Mayan land on the Yucatán peninsula with about 500 men, just over a dozen horses and a handful of cannons under his command. His men included not only Spaniards, but natives from Hispaniola and both slaves and freemen from Africa. Upon his arrival he enlisted the services of the shipwrecked Franciscan monk, Geronimo de Aguilar, as his interpreter and he set out to claim the lands before him in the name of the Spanish Crown. After a number of small battles with the natives he came into contact with envoys of the Aztec Emperor, Moctezuma II. After gifts were exchanged with the Spaniards, Cortés had his arquebusiers terrify the delegates with a demonstration of gunpowder.

The Conquistadores made contact with the Totonac people and encouraged them to rebel against their Aztec overlords. Hearing of this, Moctezuma sent yet more gifts to Cortés and express to him that he believed the Spanish to be like his brothers and that their coming had long been foretold. Moctezuma allegedly went so far as to believe that Cortés was the living incarnation of the feathered serpent god, Quetzalcoatl, and went so far as to offer him his throne – though this part of the story has now being disputed by historians as part of the conquistadors’ narrative of events.

Whether Cortés was actually perceived as a god or not, it is clear that he was beheld with a degree of terror – the Aztecs having observed many grave omens in the natural world prior to his arrival and much of their religion being obsessed with the possible end of the world as they knew it. This may explain their attempts to try and satisfy him with constant offerings of gifts. If so, it did not work. Cortés remained determined to march on the great Aztec capital of Tenochtitlán itself and scuttled his ships so that his men had no choice but to follow him. As he marched on the city, he gathered more help from the indigenous tribes whom had grown to resent the warlike rule of the Mexica. Those who did not join him, he put to the sword. By the the time he arrived at Tenochtitlán he had an army of some thousands strong at his back. Moctezuma let the conquistadors into his city without raising a finger – hoping perhaps that he might catch them off guard and learn their weaknesses. The Emperor’s plan swiftly fell apart however when Cortés chose to take him hostage and thereby seize control of the Empire for himself.

Not long after doing so, word reached him of another Spanish expedition sent by Velázquez to arrest him. He left the Aztec capital in the hands of his lieutenant, Pedro de Alvarado, and defeated the opposing Spanish force, convincing the survivors to join him. In his master’s absence, Alvarado massacred many Aztec nobles in the grounds of the Great Temple and killed Moctezuma. This enraged the Aztec populace and Cortés and his men were forced to flee the city. After regrouping with their native allies they returned to Tenochtitlán – which had been ravaged by an outbreak of smallpox in the meantime – and smashed the Aztec army before burning the city to the ground. Over the bones of the dead and the smouldering ruins of the old capital, Cortés, the newly appointed Governor of New Spain, started the construction of Mexico City and presided over the Spiritual Conquest of the natives.

After a punitive expedition to Honduras, during which he executed the last Aztec emperor, Cuauhtémoc, both the Spanish crown and the Council of the Indies started to fear Cortés was getting too big for his boots and in 1524 he was suspended from office by Ponce de Léon. This forced him to return to Spain to make his case to Emperor Charles V and he was restored to power only to find the country he had conquered driven to the brink of chaos in his absence.

After reasserting his position he spent ten years consolidating his power and encouraging further exploration of the Pacific coast, in particular the lands which are now part of California. In 1541 he was forced to return to Spain yet again due to continual lawsuits against him. Though he had given Charles V “more provinces than your ancestors left you cities”, the Habsburg monarch was not so sympathetic on this occasion. Cortés never returned to Mexico. He spent his last years struggling with financial debts and trying to placate Charles by serving on his expedition to Algiers against the Ottoman corsairs. Upon his death his wish had been to be returned to the land he had conquered. This, rather simple request, became a long drawn out process with his bones being moved on multiple occasions over the course of 400 years, finally being entombed for good in 1946 in the Hospital de Jesús Navaréno in Mexico City.