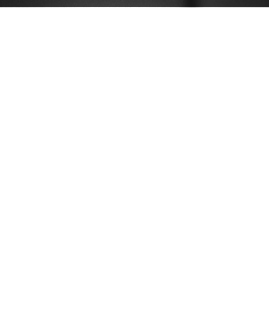 Walk the Walk like Barack
(Dear Leader)
Some psychologists and psychiatrists have suggested that Dear Leader is a narcissist. It hardly takes a PhD or an MD to bring one to that conclusion – in my opinion. However in the world of politics and power, narcissism isn’t a trait that Dear Leader has a corner on.
I’ve been paying attention to our Dear Leader since long before he jumped up and down on the Lincoln Bed in the Lincoln Bedroom with glee – in his job as ‘leader of the free world’, which he resigned from two days ago in the UN when he more or less said that the United States was stepping down from that role.
I can’t help but believe that Dear Leader has a dose of solipsism syndrome (CLICK HERE) going on. No I’m not a doctor rendering a diagnosis, merely a trained observer rendering an opinion.
Solipsism is the default state of humanity. There is, arguably, a kernal of us that always believes that we personally, our own consciousness, is the only thing that really exists and nothing else matters. We exhibit it when as babies, we exhibit utter selfishness. Beginning as an infant, we are absolutely demanding (paradoxically all-powerful due to our helplessness). This transfigures into a common adolescent intuition that we are invulnerable, almost certainly marked out for something special, but in any event simply not capable of dying, not in our present, gloriously fresh state of youthful primacy.
Armed forces at war are full of barely mature individuals who are perfectly convinced by the proposition that ‘it won’t happen to me’ and that significantly, this applies to many who have no serious religious faith (Dear Leader in point) predisposing them to such wildly and irrational self-centeredness.
Victims of the syndrome, and I suspect Dear Leader is one of them, never shake off this feeling. We find that many people confined in lunatic asylums are solipsists, believing that they are Napoleon or even The Messiah (God), capable of any achievement or state of bliss through the simple act of thinking it. The degree to which the solipsist’s pathology advances can be measured by the development of their delusional state.

There is always some underlying psychological reason why the individual retreated into the deceptive bastion of selfish untouchability in the first place. Freudians take one approach to explain this and other noted psychiatrists take other approaches. My point is not to examine why Dear Leader has been struck with solipsism. That is for professionals more skilled than I am to consider.
It seems apparent from the absurd level Dear Leader has taken things early in his presidency that using the word “egotist” to describe him doesn’t come close enough to deconstructing who “the boss” really is. Not all pathological solipsists are the same in the same way that not all pathological narcissists are the same. Where does Dear Leader fit in the whole scheme of psychosis, paranoia and general delusional self-image? I don’t know, but I believe he needs professional help, and for all our sakes, the sooner he receives it, the better off we all will be.