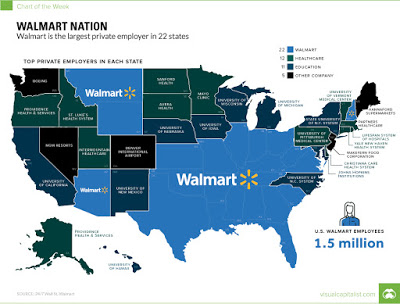 Facebook
Twitter
Pinterest
WhatsApp
Overview
Almost all (with a few noteworthy exceptions) of the Universities in the United States are bastions of leftist if not Marxist political thought. They have a mission to indoctrinate students who are prompted to spit out the “correct” answer, which is always a leftist answer.
I recall my daughter, in university, taking some sort of social studies class, was given an assignment along with the rest of the class on the death penalty. Assisting her with research and so forth, she presented a well-defended paper and it received a “C”. You’d need to know my daughter, but she was furious and saw the professor about it. He conceded that the paper was well research and her concepts were well-defended, but that they were “wrong”, because the death penalty was wrong. So the C stood.
A Matter of Merit
There is a large body of exceptional young people (above 4.0 GPA) who will tell you that merit does not guarantee your admission to one of the liberal bastions of higher eduction. Race, gender and pleasing liberal admissions staff is far more important than good grades and good character. And sometimes even being a dogmatic liberal puke is insufficient. The system is rigged and you need to have a really large dishonest streak running down your back (possibly yellow in color) to take a different view. Which is why the Hollywood liberal elite paid hundreds of thousands of dollars in bribes to get their moronic-yet-liberal offspring into those hallowed halls of higher learning.
The connected liberal kids might have had the gray matter to assemble hot dogs at Pinks (a popular hot dog joint where the great and near great in Hollywood send their assistants to pick up lunch), or possibly read lines to be in a low grade (straight to video) movie or two, but they’d need more – maybe an MBA, to land something more significant. Whether or not they would keep the job that required an MBA would likely have something to do with more stroke applied by influential parents.
So to keep their idiot children in Stanford, USC, or Harvard, and off the bread line, they paid.
Then there is the matter of poor, inner city youth that make it into the University system, many of whom can barely spell or add/subtrac(t) make it in simply because they are there to play sports.
And then there are the body of students, who make it because they did earn it and they outnumber the liberal elite Hollywood youth who made it through the sifting process. Maybe they did a tour with the Peace Corps (if there still is one) in Africa, or built schools in Bolivia for the poor. There are a number of generally good things that people can do that is looked with favor by liberals.
And Student Loans
One of the biggest scams foisted on the American public has been the availability of limitless student loans which in many cases, will never be repaid. I have a niece attending a very respected university. I had lunch with her a few weeks ago. He major is “conflict resolution studies”. I asked her what sort of job she might expect to land with such a degree. She looked at me like a deer in the headlights and cited a bunch of ‘potential jobs’, which are going to turn out to be vapor. I know, I live in the real world. Nobody would hire her based on her credentials to do anything but possibly teach dance classes – her minor.
Never-the-less, she has racked up an impressive debt.
There is fellow blogger who has a brother (we’ll call him Bob, because that’s his name). Bob was a bright and promising student in high school who had a motorcycle accident and suffered organic brain damage. Bob currently has $500,000.00+ in student loans. He works as a salesman, earning about $50K per year. He can’t keep ahead of the interest, and never will.
Some liberals, courting people like Bob and my niece, are suggesting that the nation pony up and pay off their loans. It’s not a bad strategy to court desperate people to vote for the donkeys.
In America with a couple of exceptions, the largest employers are either healthcare, Walmart, or university systems. Universities are in the top three because of the availability of unlimited student loans.
Is there a Solution?
Have universities co-sign loans for students. Then we’ll see how many loans are handed out to grievance studies majors. Have congress enact legislation to fix the run-away problem.
But it will never happen. The universities and the loans they feed from (largely a scam) have battalions of lobbyists in the DC Beltway to crush any move like that which would slow the gravy train.
It’s much easier for liberals to convince the indebted masses to have their indenture paid by other people’s money.