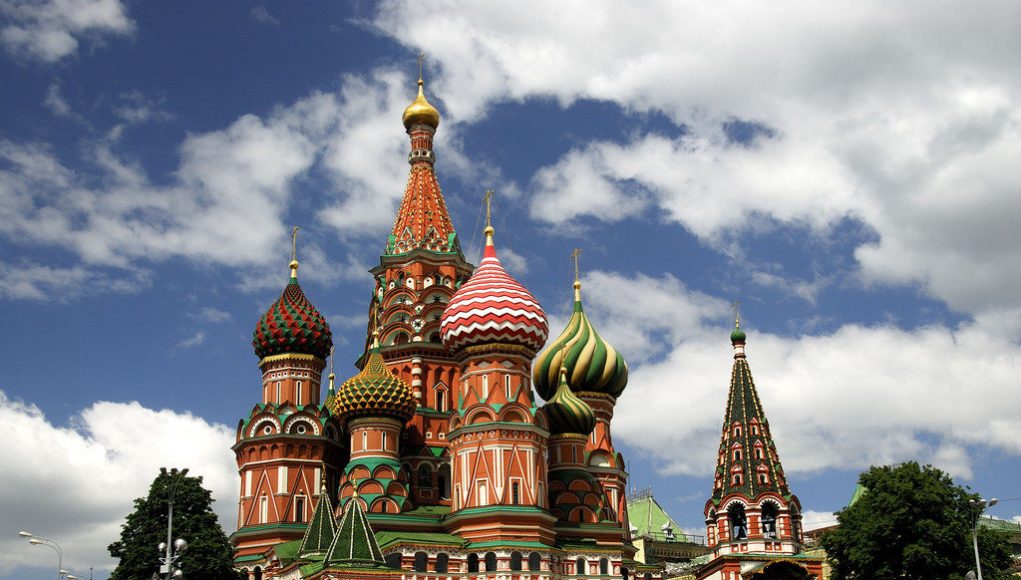 Woe to those who call evil good, and good evil; Who put darkness for light, and light for darkness; Who put bitter for sweet, and sweet for bitter!

Today We Reach Back…

…To Hallowed Antiquity, on this, the 600th anniversary of the Ottoman Siege of Constantinople by Sultan Murad II. 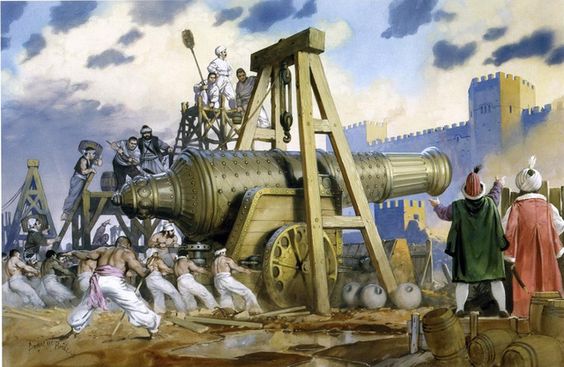 The siege of 1422, which lasted from June 10 to September 6, was the penultimate of four attempts on the city by the Ottomans and has received far less attention than that of 1453. According to the short Chronique breve mereote de 1423, “on 10 June, Wednesday, at the fourth hour after midday, Mihaloğlu Mehmed Bey attacked Constantinople” with a vanguard of 10,000 men, thus beginning the siege of the city. Byzantine historian Ioanis Kananos wrote a vivid eyewitness account of the siege of Constantinople by the Ottomans. Kananos describes how the vanguard under Mihaloğlu ravaged the city’s suburbs, before Murad II himself arrived on June 20 and the siege began in earnest. The 200,000 men Ottoman army encamped all along the Theodosian walls. Primitive bombards and mangonels open fired at the walls with little effect. 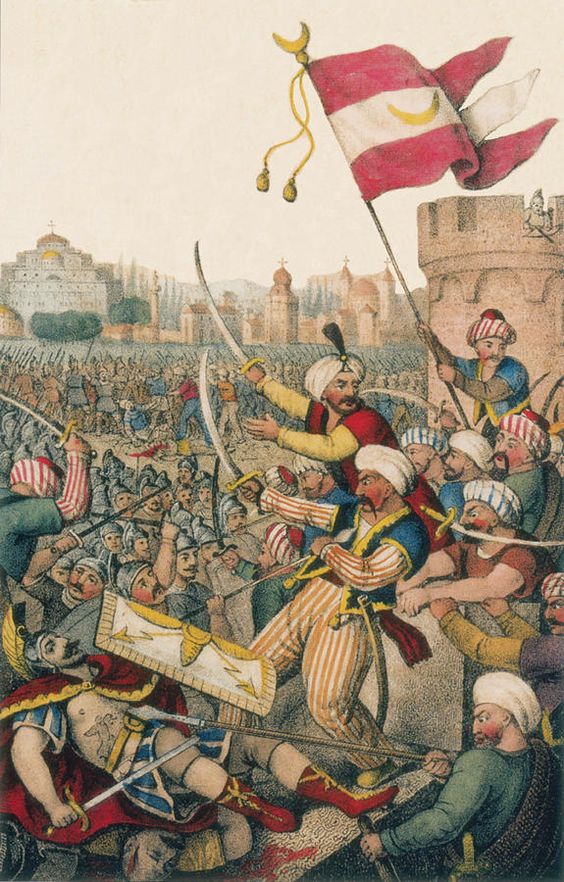 In order to create a diversion to save their capital, the Byzantines backed the rebellion of Murad’s younger brother, Küçük Mustafa, in Anatolia. The rebellion was supported by some Anatolian beys who feared the revival of Ottoman power after the crushing Ottoman defeat at Ankara against Timur two decades earlier and the civil war that had followed. Mustafa was able to gather a significant army, and in late August or early September, he laid siege to Bursa. When Murad learned of these events, he was forced to call off the siege of Constantinople, and Mihaloğlu led the army of Rumelia to Anatolia. Küçük Mustafa did not resist long, fleeing to Constantinople on 30 September, whence he seized İznik, which he continued to rule until defeated by Murad’s forces in January 1423. The Sultan had his young brother strangled.

Both Kananos and Giorgios Sphrantzes actually attribute the survival of the Byzantine capital to the miraculous intervention of the Mother of God on August 24, when the Sultan had ordered a general assault on the walls with ladders and grappling hooks, and Kananos goes on to say that even the Ottomans saw her on the ramparts:

“Every company of the Turks bore witness on oath and they told everyone how at the hour of the battle when they arrived at the walls, daring and unrestrainedly eager and intending to scale them, hunt down the Romans and capture the city, at that very moment they saw a woman, wearing violet robes, who was walking on the ramparts of the outer fortifications. When they saw her, darkness and faintness, quaking and fear suddenly entered all their minds, and they looked to flight and not at all to war… so they fled, and the city was saved.”

-Read more about the topic: Margaret Purdie, An account by John Cananus of the siege of Constantinople in 1422 (Master’s Thesis), 2009 (https://research-repository.uwa.edu.au/…/Purdie…), Andrea Massimo Cuomo, Ioannis Canani de Constantinopolitana obsidione relatio: A Critical Edition, 2016 and (in Greek): Antonios Athanasopoulos, “Divine protection of Constantinople: the role of the Theotokos in the Ottoman sieges of the City.” Byzantina Symmeikta, 32,2022.

Russia took a huge blow from the battlefield this past week when the Moscow branch of the Ukrainian Orthodox Church cut ties with Moscow. I realize that it may seem like a small thing to many of this blog’s readers but it is the death of a thousand cuts as resistance to the war mounts in Russia. 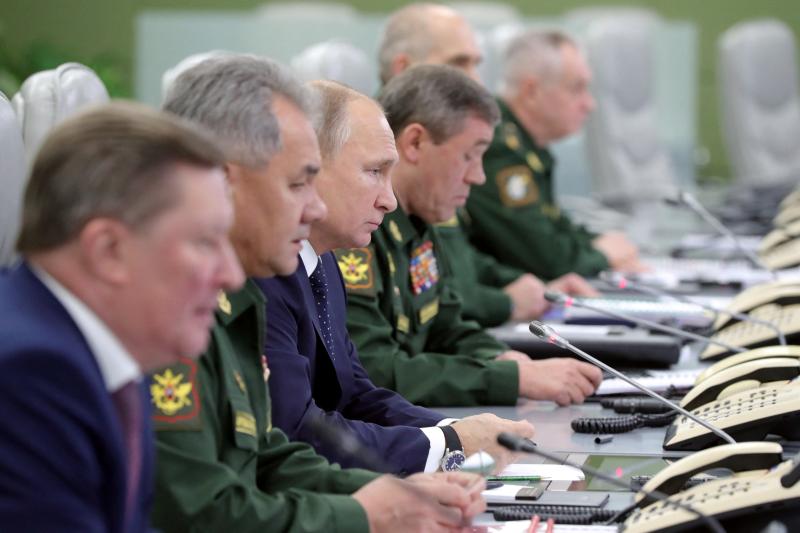 Russian President Vladimir Putin has landed in an unenviable position. His country has the resources to inflict damage on Ukraine in perpetuity. But because the first phase of the war has been so costly for Russia and because Ukraine’s military is mounting such stiff resistance, Russia faces serious difficulty achieving anything meaningful on the battlefield without committing much more manpower than it currently has available.

Calling up large numbers of reservists while putting Russian society openly on a war footing solves the problem in theory. But it is something for which the Russian public is fundamentally unprepared. To date, Putin has referred to the war in Ukraine as a “special military operation” and held only one mass rally in support of the war. Full-out mobilization, which would make war an inescapable fact of Russian life, would revolutionize the regime Putin has constructed since coming to power in 2000. Putinism has been a formula: the government discouraged people from meddling in politics while leaving them mostly on their own, and the people readily surrendered their responsibility for decision making. In 2014, he could achieve his military aims in Ukraine without radically redefining Russian politics. That is no longer an option.

During the Cold War, the Soviets had the habit of surreptitiously acquiring Western computer chips and using them in their own weapons systems because their own industry couldn’t produce chips that are on par with Western technology and more importantly, performance. It’s for this very reason that the Soviets were considered backward and primitive simply because they couldn’t match their Western counterparts in certain areas.

And now, the Ukrainians have revealed to the world that nothing has changed in the 3 decades since the collapse of the Soviet Union. BRM discussed this on his blog on May 30 and went into even greater detail. You should read what he wrote as well. He also discussed the massive success that Timex realized in South African sales… 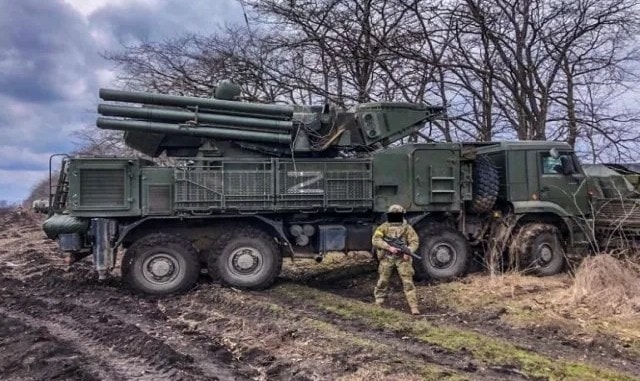 The Russians are unable to match the West, or even the Chinese, in the production of proper computer chips which are essential for the many high-tech weapons in service today which is even more dependent upon computing power than 30 years ago. The only thing that had changed, was how the Russians acquired the needed Western chips for their weapons systems. They legitimately bought them before sanctions rolled in.

The Russians are still entirely dependent upon the West for something as basic as the computer chips that form the heart of many of their high-tech weapons. Even the Chinese have managed to become independent and produce their own chips which are on par, and even in some cases, outstripping their Western counterparts. As one example, it has to be remembered that the Chinese were the ones who pioneered, and now have the lead in, 5G mobile telecommunications technology. Even some of their vehicles use Western engines and other components.

And how do we know this? The vast numbers of Russian equipment that had fallen into Ukrainian hands, such as this Pantsir S1/SA-22 Greyhound air defense system, has been taken apart and have all their secrets laid bare for all to see. And that was what they saw. Supposedly indigenously developed equipment that is chock full of, and entirely dependent upon, Western components and hardly anything Russian.

As we’ve said many times before, the Russians are having their technical secrets exposed to the West to see. And what is seen just makes an even bigger fool out of the Russians. They are still as backward as their Soviet predecessors had been in the realm of electronics.

Russian regionalist Media «7×7. Horizontal Russia» compiled a map of attacks on the military commissariats (draft & recruiting stations) all over Russia from Feb 24 to May 31, 2022. Unlike most of what passes for “liberal Russian media” in the West, this one isn’t based in Moscow 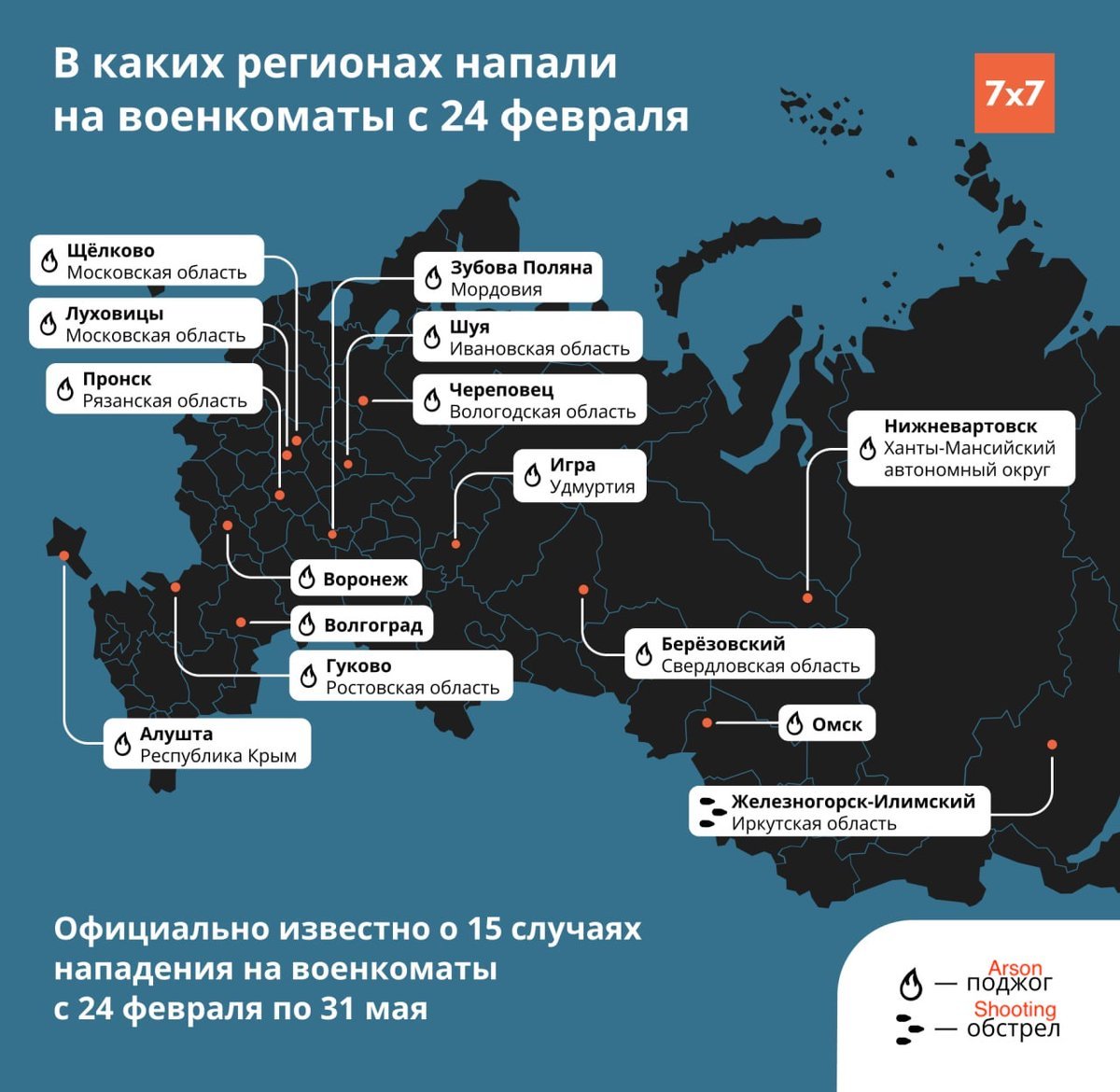 Countries mentioned in the old testament 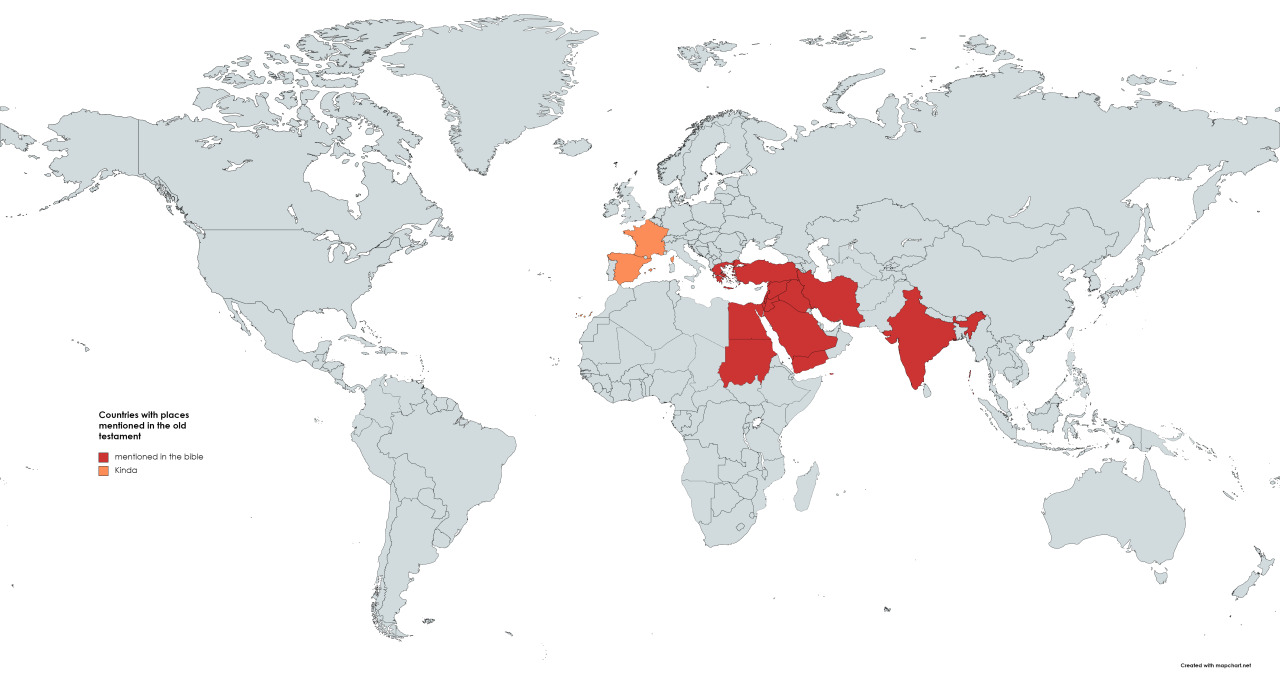 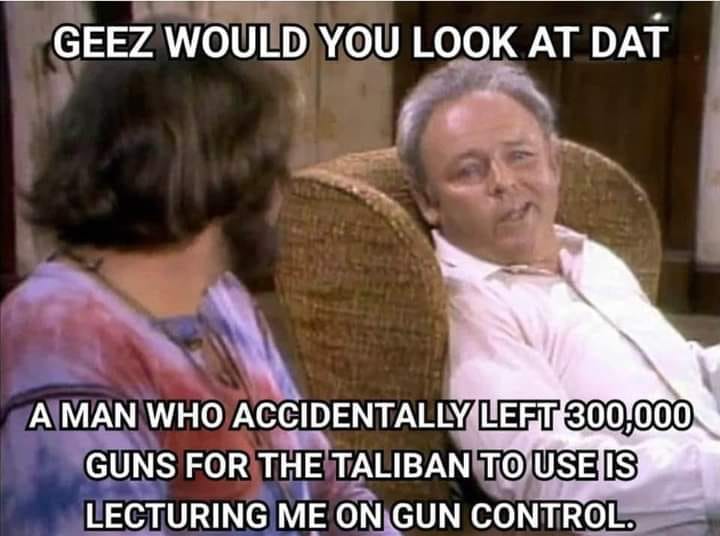