A Footnote to the Day

On January 20, I went to Mike’s Fish and Chips in Payson, AZ for lunch. The installment of Jo and Ho was on the television. I said, I’ll take my order outside (in the cold) on a bench. I can’t watch this.

The owner apologized and turned it off, saying, “the only reason it’s on is because we were hoping that at the last minute, they’d swear in President Trump.”

None of us are that lucky.

The subject of the call was former LCDR Thomas Caldwell USNR (TAR), who I knew (of) many years ago. Caldwell first came to my attention because he had a personalized license plate on his BMW: “INTEL”. I asked what kind of idiot would have that license plate — yeah, Caldwell.  There is more to that story, but suffice that the elevator didn’t run all the way to the top.

After all of these years Caldwell surfaced.

Herein lies the tale. I have scanned the federal complaint against Caldwell. I don’t have all of the complaint laid out on this blog, because the point is not to examine DOJ’s/FBI’s case against Caldwell. They they have enough to hang him (metaphor). Navyguys #1 and #2 sent me the complaint. #1 is affiliated with USGOV in DC right now. #2 is part of my team at present. 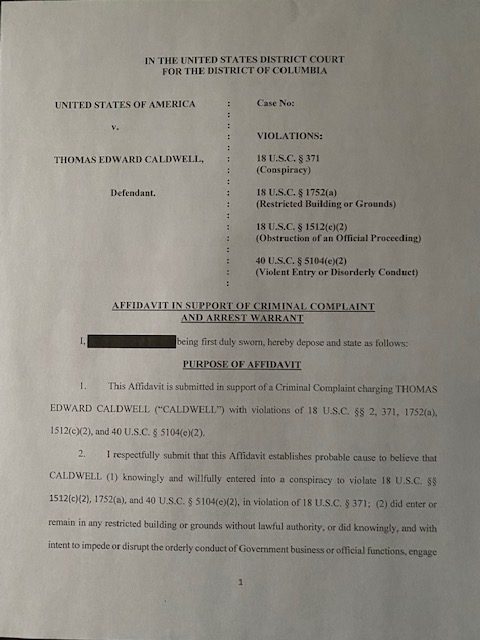 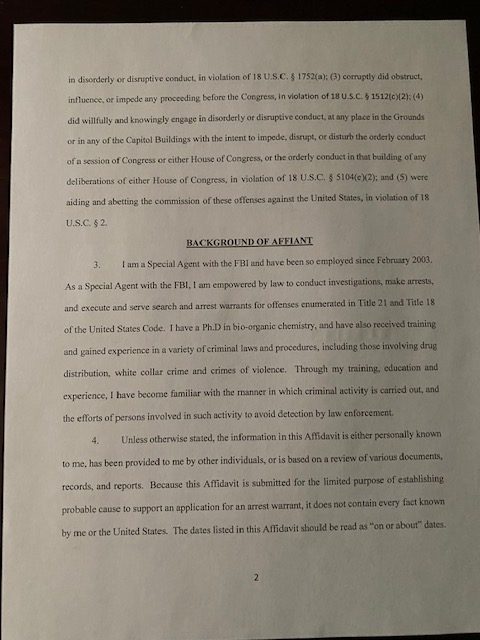 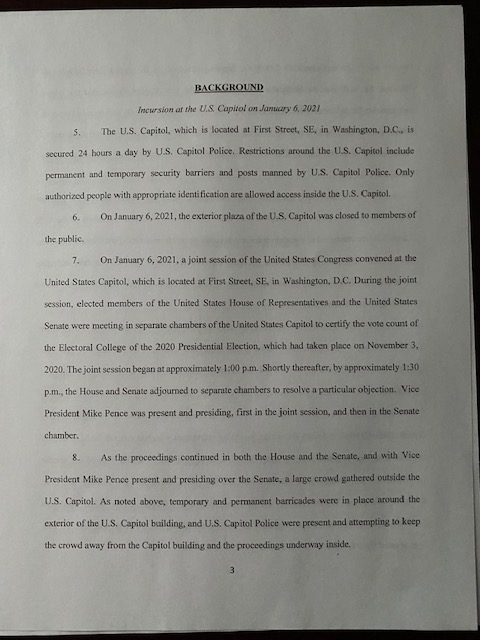 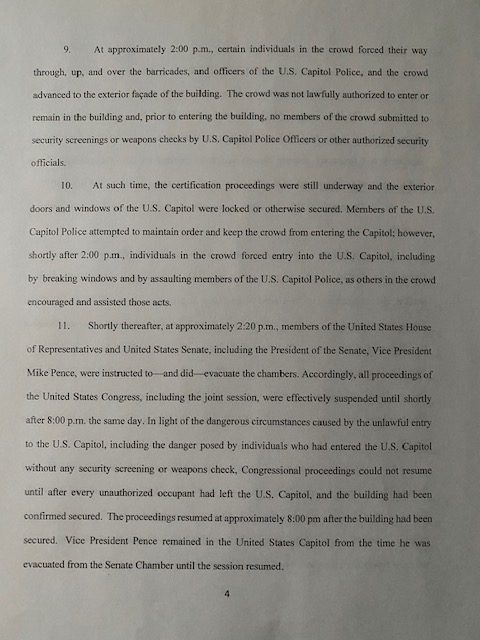 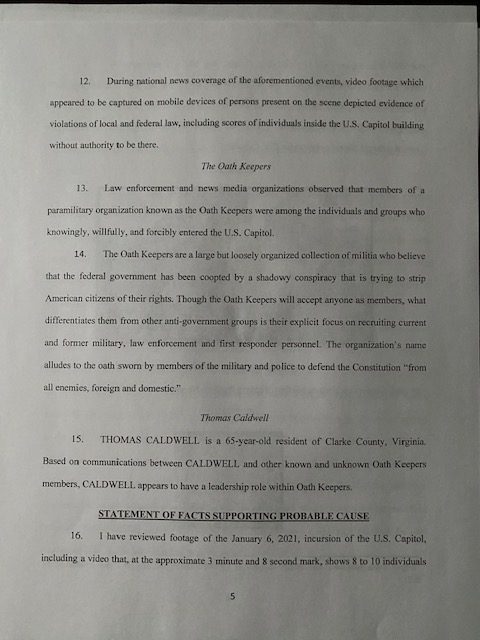 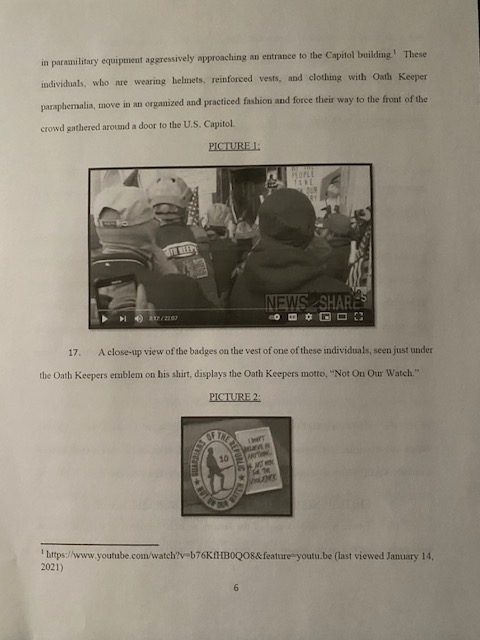 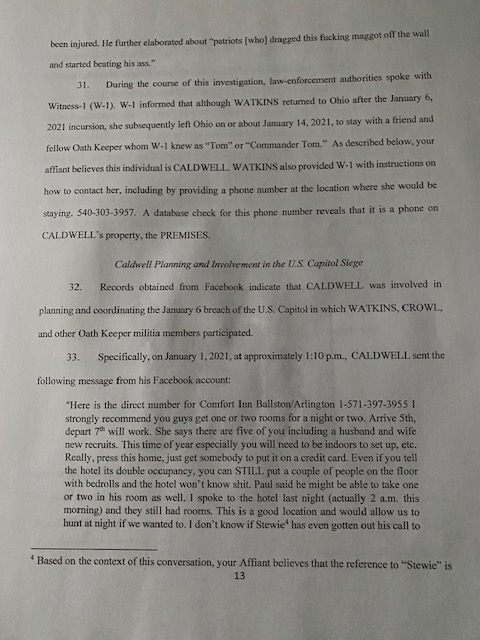 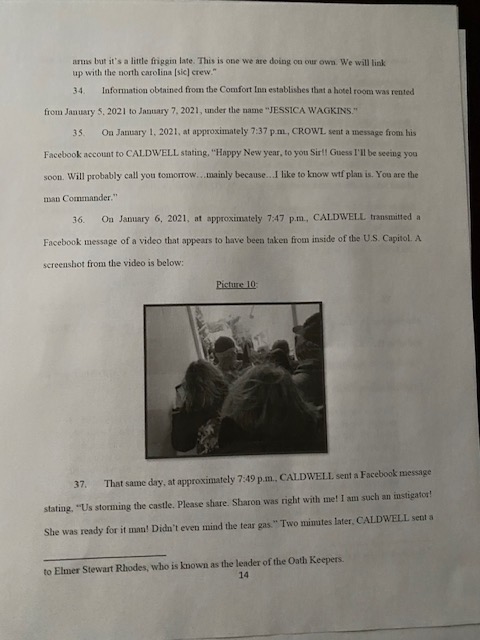 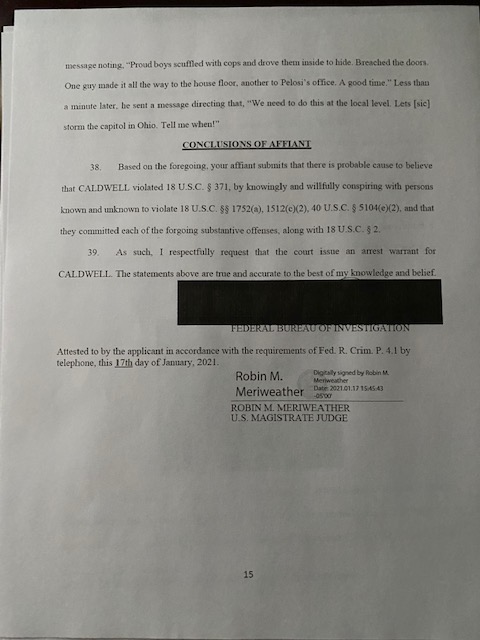 #1 is a very close personal friend of former VP Al Gore. He’s known Gore for over 40 years and is still a frequent guest at his mansion in Montecito, CA (down the street from Oprah) I won’t write more because I don’t want to ID him. Suffice that he could intervene on Caldwell’s behalf, but that moron is toxic and apparently Caldwell is no brighter today than he was thirty years ago.

You’ll recall cautionary warnings on this blog against joining a group, such as Oathkeepers or any high profile militia, because it’s likely that somewhere around 50% of the membership will be undercover law enforcement officers from various agencies.

Let this prosecution against 65 year old former Naval Officer T. E. Caldwell stand as “exhibit one” in my case against joining.