CHECK THIS OUT. It’s the new normal. I interviewed a couple of people to do some work for me, and this is generally how it went. (I found this other one on YouTube – more ‘new normal’)

Sloppy Steve Bannon steps from the national stage, a darling of the radical left (who still hate him). I wonder if that’s the legacy that he wanted to leave?

He’s also been fired from Breitbart News, but never fear. He’s worth millions to cushion his fall from grace and his ride into his dotage, unheralded.
Nobody will miss Steve and neither will they miss Gov. Chris Christy, despite his assertion that he could have been a contender if not for President Trump.
Dow Jones Industrials
I have no idea where the theoretical limit is for the Stock Market, which closed (again) for a record high. Clearly it can’t go on forever, but it represents jobs, confidence, a repatriation of trillions from overseas thanks to the Tax Bill. A rising tide floats all boats. 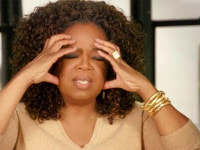 The Democrats are a Party without a plan. Oprah is a billionaire fat cat populist cast in the Obama orbit as somebody who would restore Barack’s legacy, which has been completely destroyed by President Trump. She’s the political opposite of the Sanders’ Democrats. Oprah would have the distinction of being the first completely authentic black person to be president and she’s a woman.  Would she want to stop running around being fabulous and work 18 hour days, and instead of being loved, be despised? I somehow doubt it.