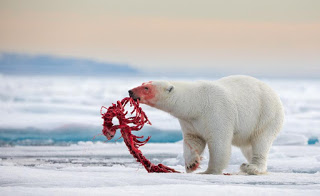 Facebook
Twitter
Pinterest
WhatsApp
The “ism” Fraud
If you talk to progs, it always comes back to the “isms” and to how white people are dragging homosexuals (of all races) behind pick up trucks, how white people are attacking black people and about how white males are raping coeds on campus. The flood of complaints caused the police to start wearing body cameras to thwart the claims of victimhood, and with those cameras, came the revelations that the claims made were almost universally false.
Enter black actor, Jussie Smollett, who has been charged with filing a false police report. He faces a possible three year sentence and a $25,000 fine. He conspired with two homosexual Nigerian lovers to create a hate crime against him, to compose hate letters, and to falsify an assault, blaming white people who support President Trump.
The incident underscores how the corrupt, lying, evil, smug, sly, filthy mainstream media will publicize anything that furthers the prog agenda without the SLIGHTEST attempt to vet or verify that information.
Sure there are forty-fifty year old photos of people wearing black face on Halloween to worry about, if you’re inclined to worry about ‘nothing’… and that they all seem to be Democrats make it even more amusing.
North Korea
On 19 February, the Wall Street Journal reported that North Korean Chairman Kim Jong Un has exiled, imprisoned or executed suspected opponents of his diplomatic outreach to the US and South Korea. The purge targets reportedly include the donju, the moneyed elite, who are subject to asset seizures, according to a new report that details a purge of some 50 to 70 individuals.
The personnel actions are part of the ongoing anti-corruption campaign that Chairman Kim announced in his New Year’s Day Address in 2018. Corruption includes any counter-revolutionary acts and opposition to Kim’s policies.
Collectively, the reports do not indicate instability, but they do provide evidence of resistance, most often to change. After more than 65 years of daily public indoctrination about the evils of the US and South Korea, the sudden change in policy last year should have caused considerable consternation. However, most personnel changes result from crossing Chairman Kim in some fashion.
One somewhat counterintuitive recent report by The Daily NK, a North Korean defector-run news service, said that the new North Korean middle class, the donju, is against changes to the system. They profit from the limited, mixed system that Chairman Kim has allowed. Most fear they probably could not compete in a true free market, especially against sharp South Korean businessmen. The concern is not unfounded.
Anytime Chairman Kim departs North Korea, as for a summit, the entire country is locked down. Military units in particular, are kept on a short leash less they initiate a coup. A special security period was declared during Kim’s first summit trip to Singapore. There will be another lock-down during the upcoming summit in Vietnam. People are not allowed to leave their immediate home/work location.  The current lock-down will cover the second summit, and will last until the Supreme People’s Assembly convenes in the first week of April.

Arctic conditions in Arizona have caused the closure of ALL roads that lead to the White Wolf Mine, from all points of the compass. A phone call to a local who is in the area confirms that there is about four feet of snow on the flat with drifting being a problem. If I was there I’d be snowed-in. But I’m in transit back, so I’m snowed-out. Yes, I know this blog’s readers from Florida are laughing, but the glaciers (and if not the gators) may get you eventually.
The empty promises of global warming and the demise of polar bears are just that. The weather tax is a scam. The Maunder Minimum is replaying as sunspots become increasingly rare and Solar activity cools. (more here) (more detailed information here)

“Maunder Minimum” refers to a seven-decade-long period from 1645 to 1715 during which the “grand solar minimum” was characterized by extremely rare sunspots. That time coincided with what is known as the “Little Ice Age.”

So, we’re doomed. And the polar bear population will EXPLODE as they move south, eating as they come.
(Jet Stream) A Virgin Atlantic from Los Angeles to London, Monday night ,flew into a zone of maximum winds, known as a jet streak, embedded within the main jet stream located over central Pennsylvania. That jet, a Boeing 787-9 Dreamliner, cruised at speeds as high as 801 mph over central Pennsylvania. The 801-mph ground speed might be a record for the Boeing 787-9 Dreamliner, which, in the past, has reached speeds as high as 776 mph. I have no idea what this has to do with global cooling, but it must be significant.