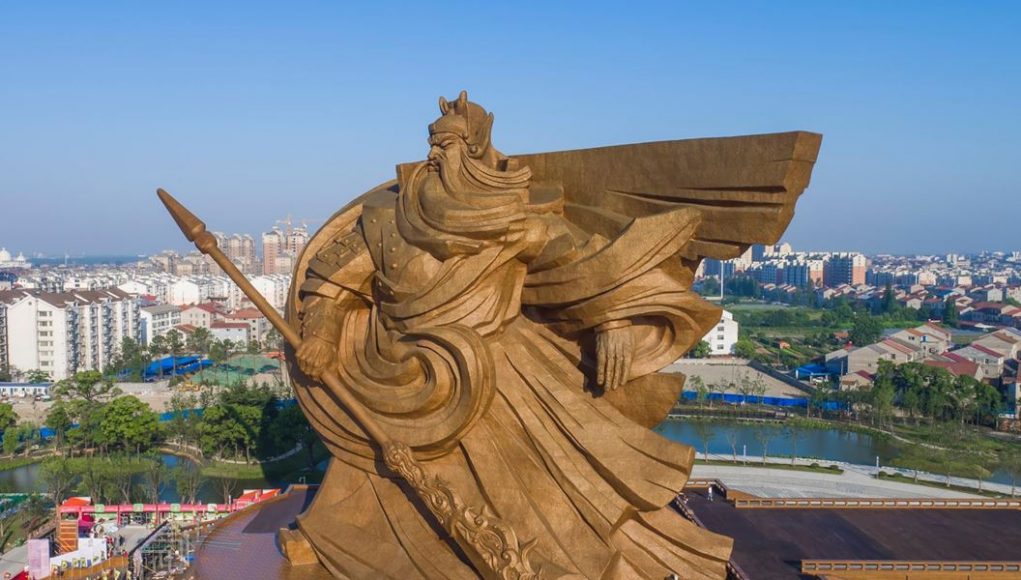 As I worked, editing MikeW’s memoirs this afternoon, I ran across these paragraphs.

“We also went to the Nghia An Guildhall, known for its beautiful wood carvings, which was dedicated to Guan Gong, also known as Guan Yu, the God of War.  Personally, I was more comfortable here than I was at the Thien Hau Temple. But then, that was just me.

“Guan Gong is the patron deity of policemen and prostitutes.  There were shrines dedicated to him in police stations and houses of ill-repute all over Hong Kong prior to the former British Crown Colony being returned to the Peoples’ Republic of China in 1997.   I do not know what it says about me, if, in fact, it says anything at all, but I have a statue of Guan Gong in my homes, in both Australia and Thailand, and I had one, for many years, standing at the center of a small shrine, on a shelf overlooking my desk at work.” 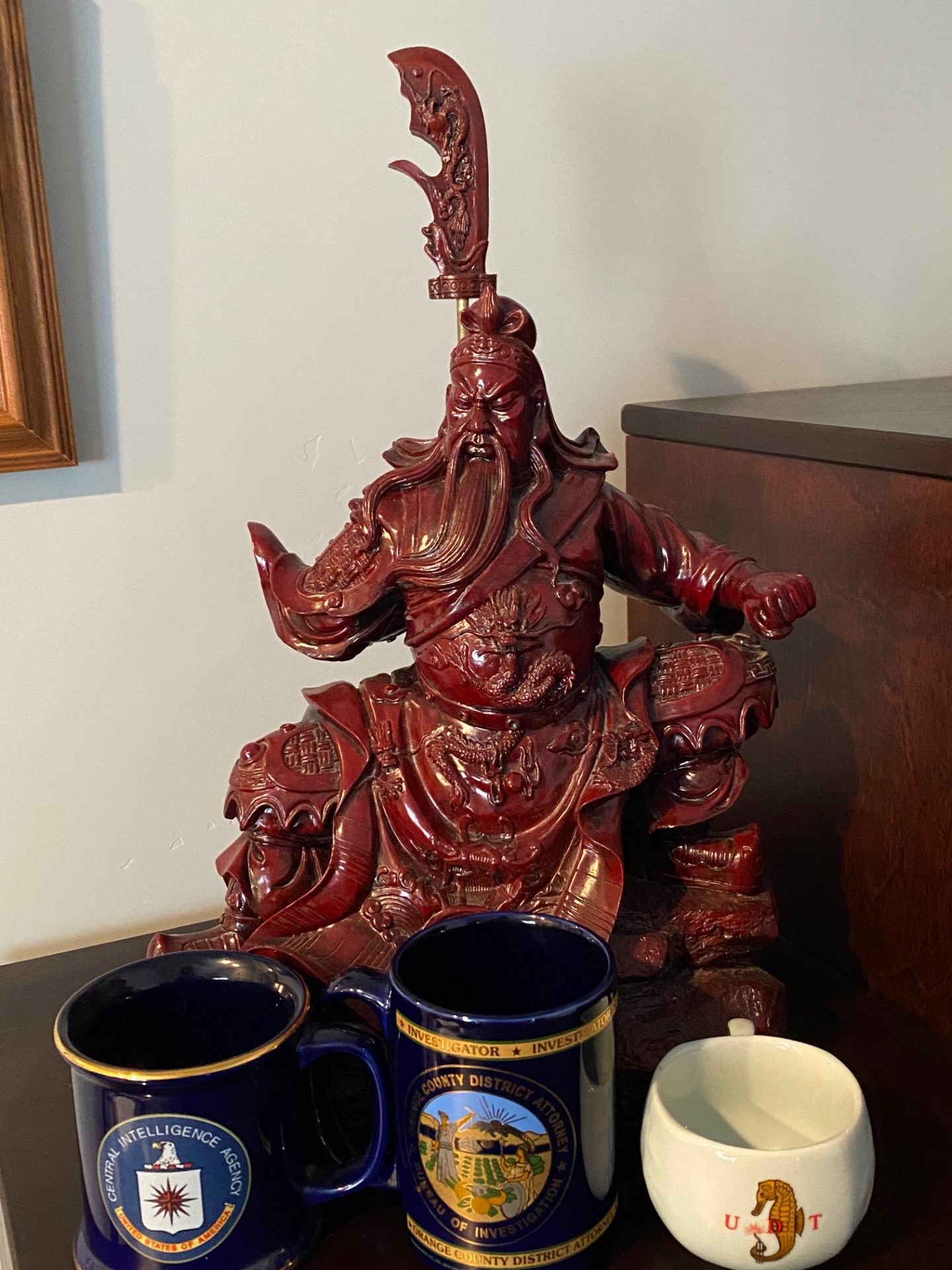 And I turned to look at the statue of Guan Gong overlooking my desk here at the White Wolf Mine (above). I thought to myself, of course, who doesn’t have a statue of Guan Gong?  My men gave this one to me years ago as a gift. It’s not a shrine. There are no joss sticks burning, there is no rice offering. And as I thought more on the subject, I like Mike, had statues of Guan Gong in my office at work, and at home. Nothing could be more natural. 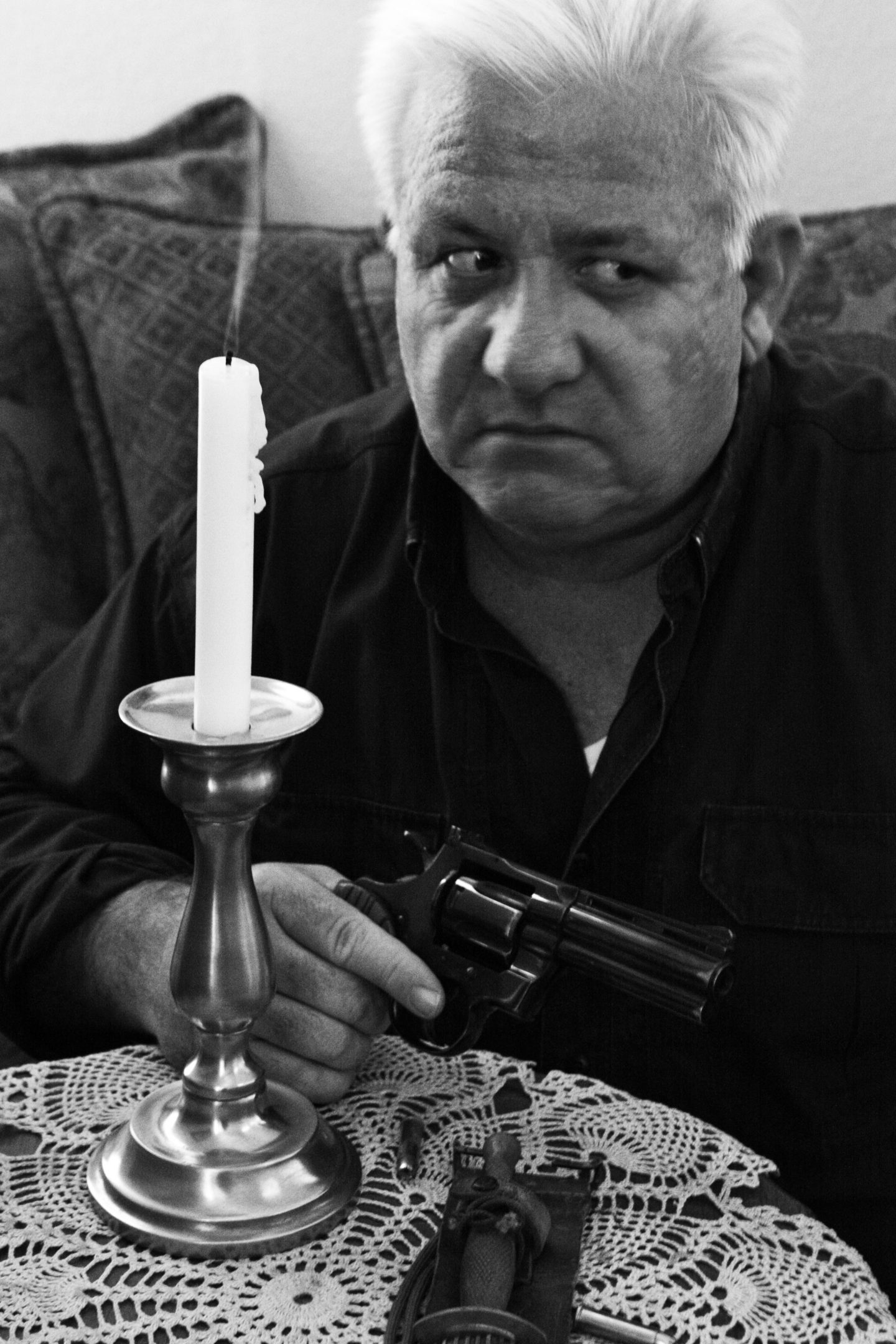 My second daughter, Heather, took a photo of me for an art class at university. She has it framed in her office at home.  She calls it her Guan Gong.

MikeW and I have a lot in common.  We grew up in rural settings – MikeW in the Australian Outback and me in the American West. He was an officer in the Royal Australian Army and I was an officer in the US Navy. Both of us served in irregular warfare roles in our youth. Both of us lived intense lives in strange locations that became home to us in a way that can’t be completely defined.  We both gravitated to law enforcement occupations and dealt with issues in Asia.

Mike lives in semi-rural Thailand and I live in very rural Arizona. But the planet is very small. Is this an intersection of past lives that will intersect again? I take no position on the matter. What is, is.

And, we have shrines to Guan Gong in the way of police officers and whores.