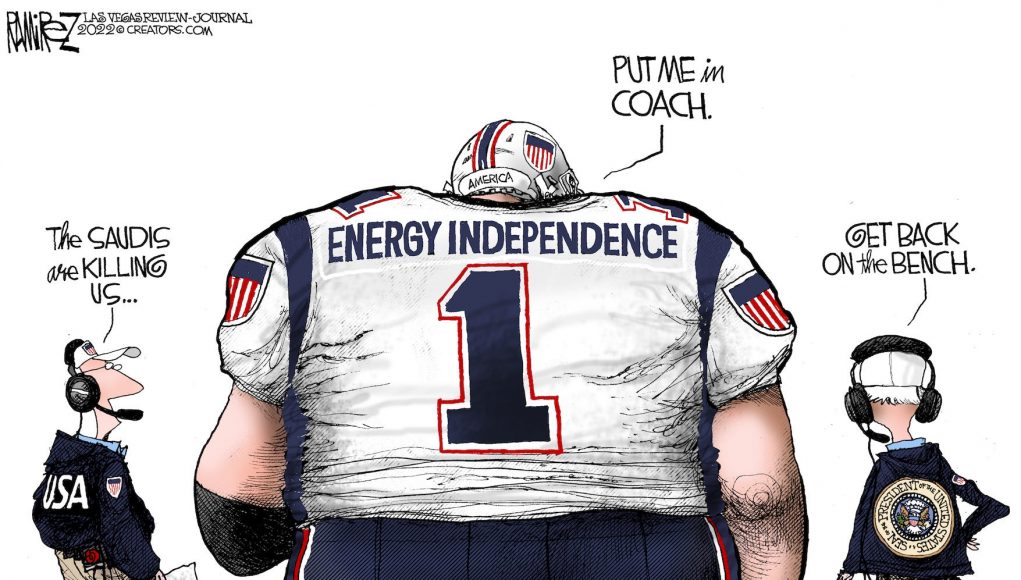 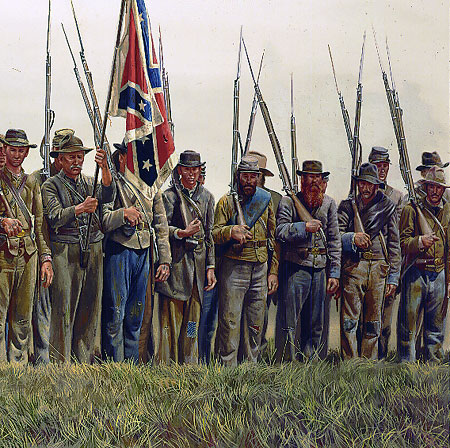 Context and Precedence – The first half of 1863 was grim for the Union cause. In the East, Lee’s Army of Northern Virginia experienced its greatest successes. Meanwhile, Union armies in the West were stifled, especially in their efforts to take Vicksburg.

Catastrophic Confederate losses in early July at Gettysburg left Lee unable to ever take the offensive again. The loss of Vicksburg gave the Union control of the Mississippi River from top to bottom and divided the Confederacy in half. Nevertheless, problems plagued both sides as the war’s toll weighed increasingly on the people at home. 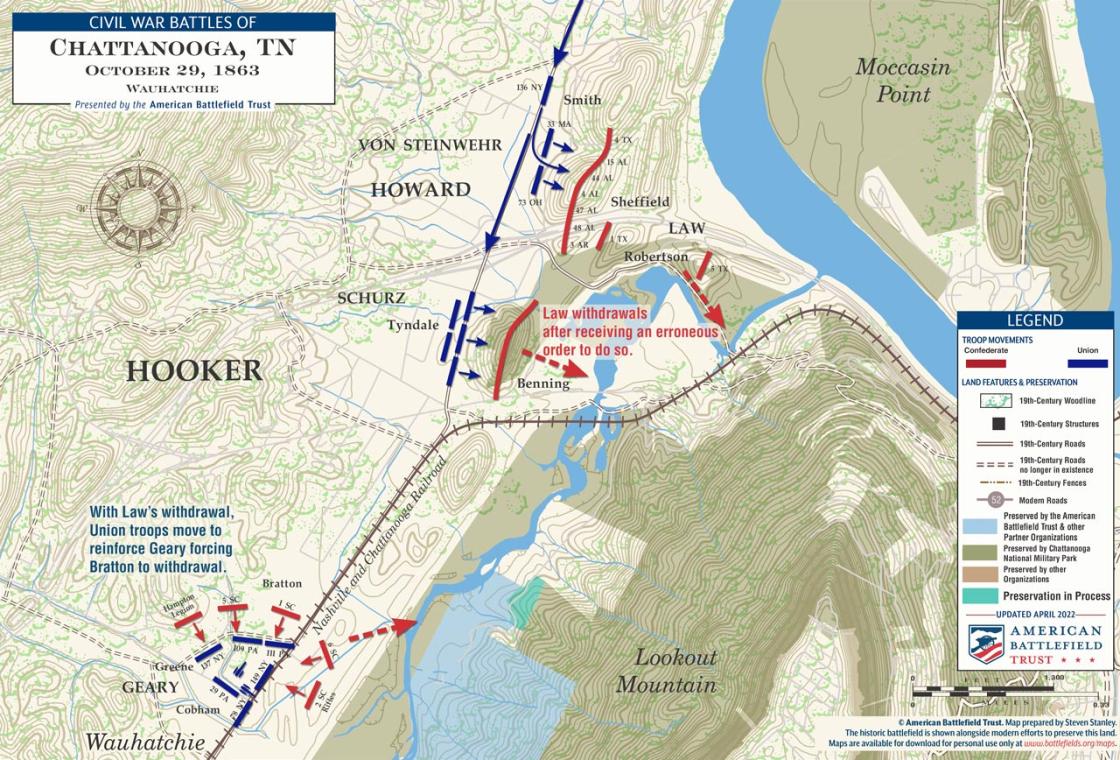 Wary of troops marching to the aid of the Federal army besieged at Chattanooga, General Braxton Bragg ordered General James Longstreet to take action against the force massing in Lookout Valley.  In a rare nighttime attack, a division of Longstreet’s corps attacked the Union rearguard near the crossroads of Wauhatchie.  The brief fight was a bloody repulse for the Confederates, who were forced to withdraw.  The Confederates had missed their last best chance to prevent supplies from reaching the Union Army of the Cumberland.  A Federal resurgence in the west was only a matter of time. 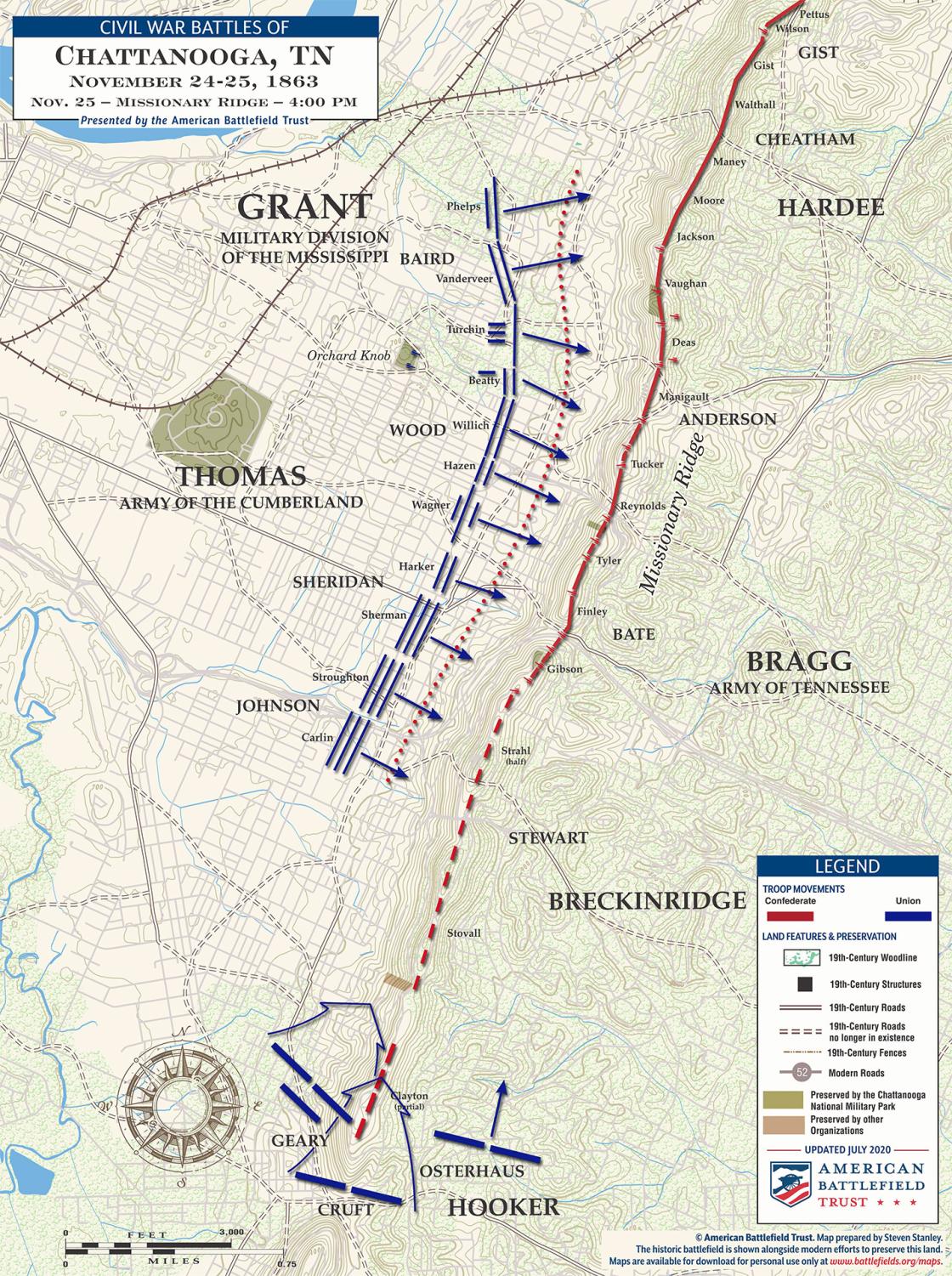 From the last days of September through October 1863, Gen. Braxton Bragg’s army laid siege to the Union army under Maj. Gen. William Rosecrans at Chattanooga, cutting off its supplies. On October 17, Maj. Gen. Ulysses S. Grant received command of the Western armies;  he moved to reinforce Chattanooga and replaced Rosecrans with Maj. Gen. George Thomas. A new supply line was soon established. Maj. Gen. William T. Sherman arrived with his four divisions in mid-November, and the Federals began offensive operations. On November 23-24, Union forces struck out and captured Orchard Knob and Lookout Mountain. On November 25, Union soldiers assaulted and carried the seemingly impregnable Confederate position on Missionary Ridge. One of the Confederacy’s two major armies was routed. The Federals held Chattanooga, the “Gateway to the Lower South,” which became the supply and logistics base for Sherman’s 1864 Atlanta Campaign. 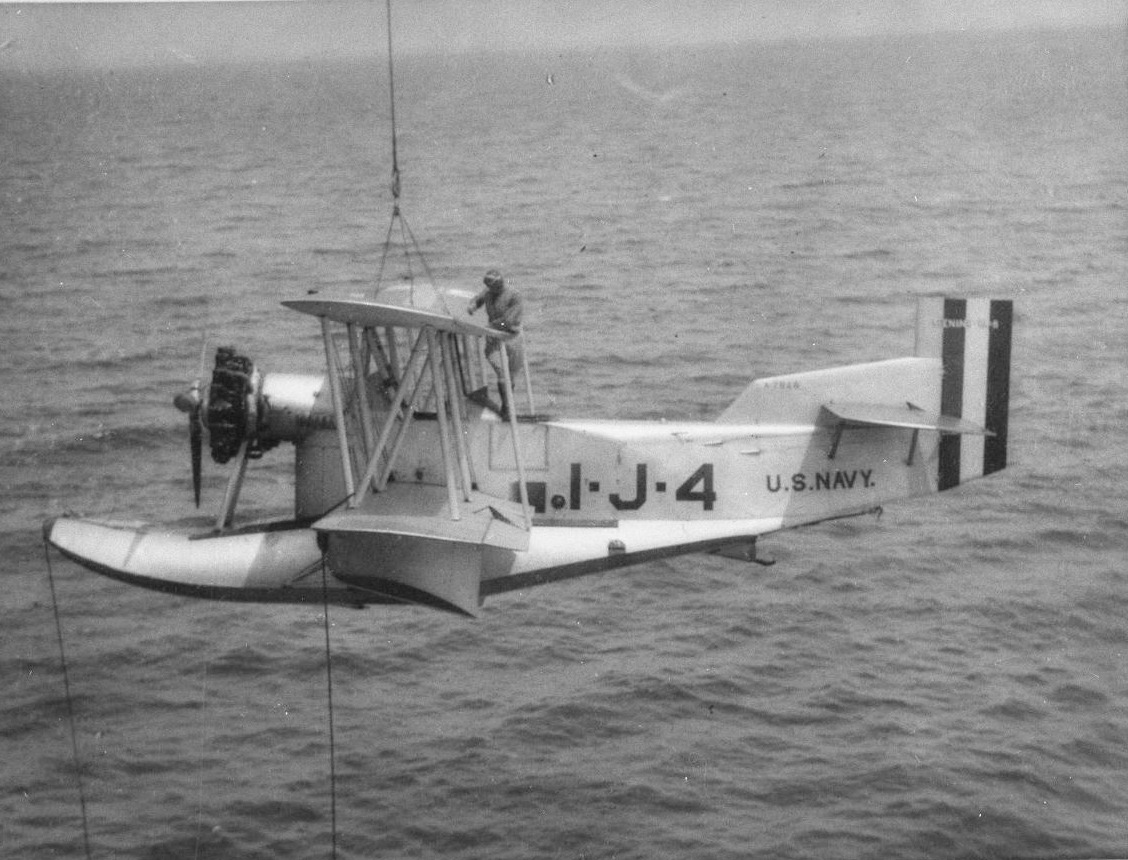 British intelligence estimated this morning that many Russian reservists called to fight in Ukraine are forced to buy their body armor – and therefore the prices have soared. The ministry also noted in its daily update that “endemic corruption and poor logistics” remain a factor in Russia’s “poor performance” in Ukraine.

It also noted that the average amount of personal equipment Russia provided to its conscripted reservists was “almost certainly lower than the already meager supplies of previously deployed troops.” According to the ministry, a 6B45 vest was sold on online shopping sites in Moscow for 40,000 rubles (about $640), compared to about 12,000 rubles in April.

As winter approaches, Moscow is unable to supply troops in the field with adequate clothing to cope with the weather. This problem will become acute.

Photo: Boneyard of Soviet Era tanks – in the Urals. 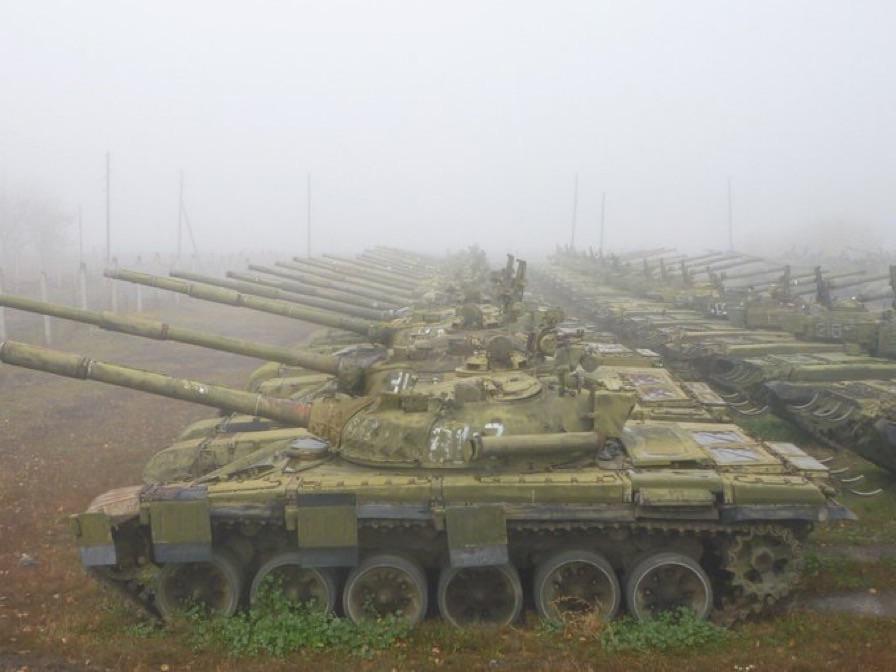 Dementia isn’t a joke and it’s sad when you end your life that way. I poke at our demented Pedo Joe and at Uncle Fester Fetterman because they want to rule us in their demented state. MRSLL’s aunt ended up like that and it was heartbreaking.

Former media star and TV news anchorwoman Barbara Walters is suffering from dementia and is “close to the end,” according to RadarOnline.com. I was never a fan of “BabaWawa” and it’s interesting that she’s going out with a fizzle. I’m not poking fun. I’m sorry that she has to end things up like that.

What does American Education (and public employment) Value? 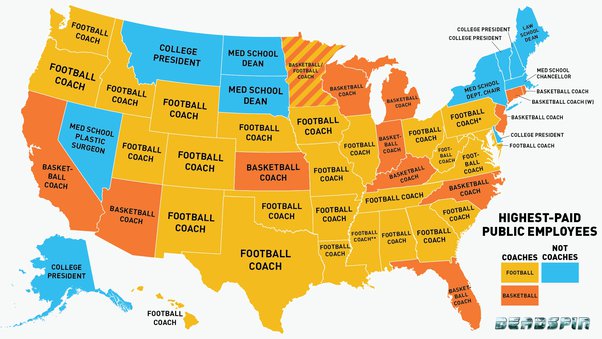 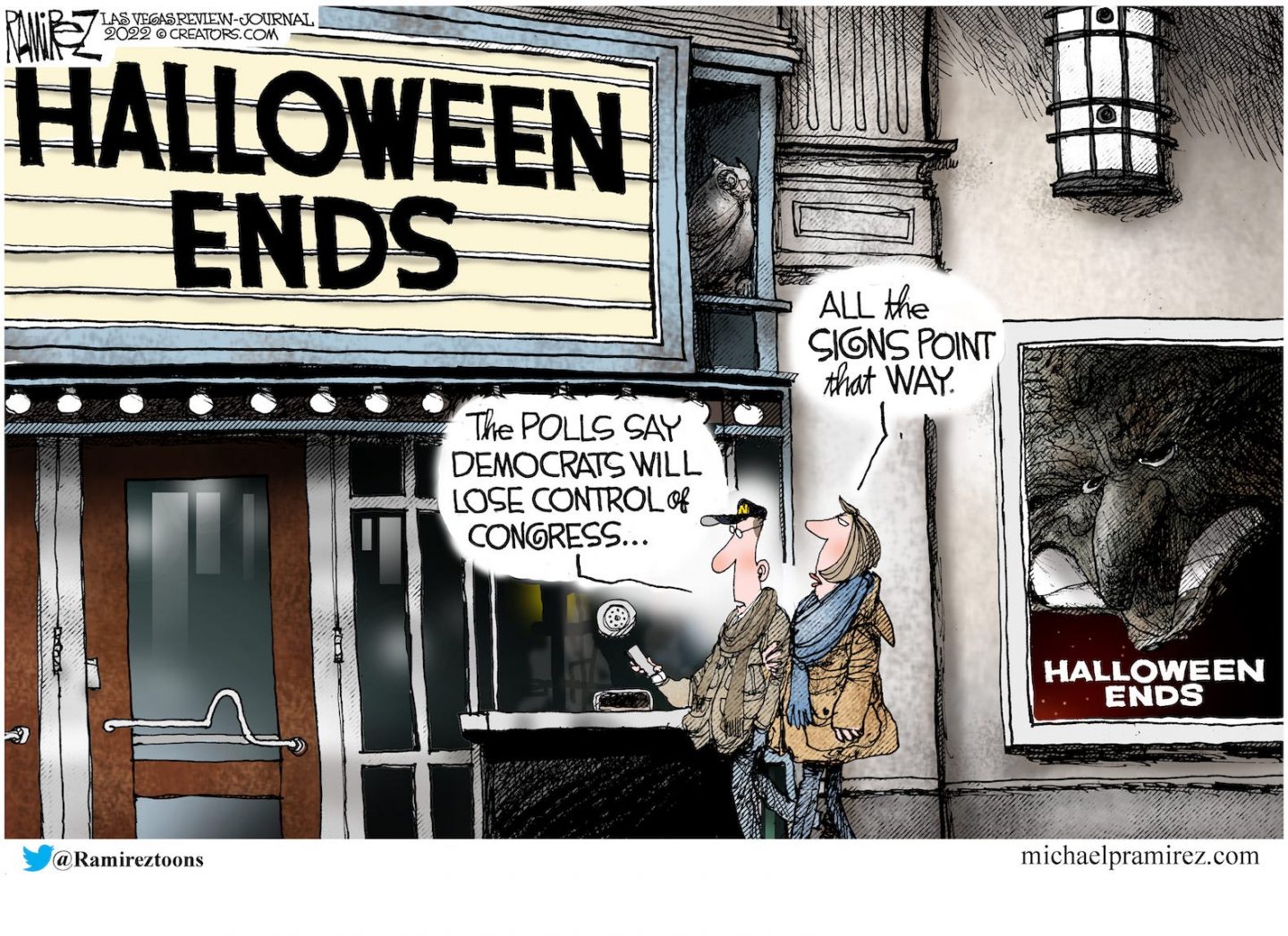 If Halloween is about to end, can we go back to DRILL Baby, Drill? Not while Pedo Joe is the president. So maybe we impeach him and then the Camel?